This year, the UC system –– one of the largest public university systems in the nation –– admitted the most diverse class of students yet. This fall, while the pandemic quiets the college towns around California, new freshman and transfer students will be welcomed virtually into their first day of college, while some returning students will begin their last year. 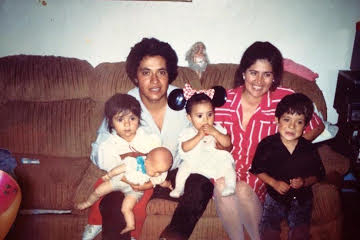 Guerrero is pictured with her parents and siblings when she was about two years old. From left to right, Ana, Isaias, Carolina, Patricia and Adrian. Courtesy of Ana Guerrero

At UC Santa Barbara, nearly a quarter of admitted freshman and transfer students are Latino or Chicano and over 40% are Asian American. Black students represent 4% of the admitted student population; American Indian and Pacific Islander are both less than 1% each.

While the UC system touts its most diverse admitted class to date, the road to higher education remains paved with economic, social and linguistic roadblocks. Many students’ journeys to UCSB began not with themselves, but with their parents.

We asked students from a variety of backgrounds to share how their family’s journey shaped their futures at one of the world’s top public universities. In the submissions we received, students detailed the sacrifices made their parents that brought them closer to higher education.

The family of incoming freshman Jessy Gonzalez spent years pinching pennies, working as gardeners and living with extended family in an apartment to get by, the freshman said in a submission to the Nexus. Now, those sacrifices have paid off.

“However, flash forward many years, and my parents were finally able to start a successful company. They bought a house, their own cars, and are now helping send me to study at UCSB. I am a proud first-generation student, and I can’t ever thank them enough,” Gonzalez said.

For a third-year art major, who chose to remain anonymous, their parents worked as a janitor and contractor so that their children would never have to.

“Their biggest gift to me was their support,” they said in a written statement.

We also talked to a handful of students who described what their journeys looked like from the beginning to UCSB.

Ana Guerrero’s journey began outside the United States. A Ph.D. student expecting to get her degree in education in a few months, Guerrero moved from Mexico to Goleta at a young age, and said she felt as if she grew up in two different worlds — “living as a local Mexican immigrant family in Goleta, yet also in a university environment.”

Both parents worked labor-intensive jobs: her mother worked as a housekeeper, while her father was a mechanic at UCSB after working as a gardener at the San Clemente Villages, the university-owned graduate student housing, she said.

As a graduate student, Guerrero lived at San Clemente for two years and would occasionally run into her father while he was working there as a gardener; moments where she bumped into him around San Clemente followed her throughout her college career, serving as a reminder of how her parents shaped her childhood, Guerrero said. 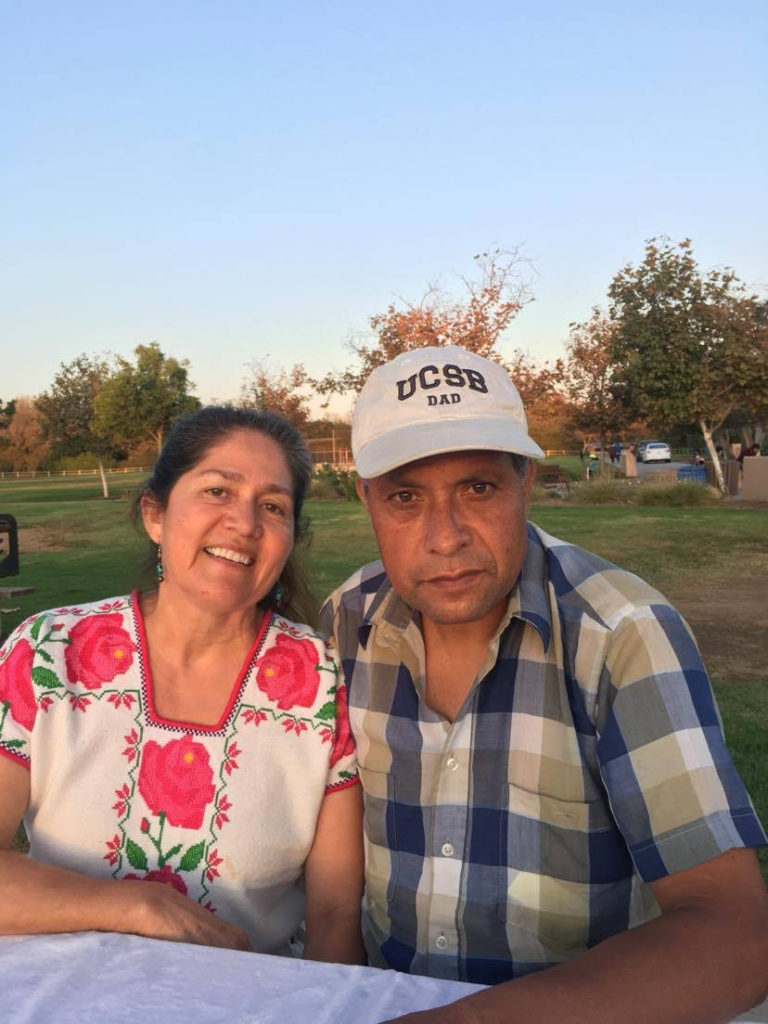 “They did everything they could to really just provide us that college diploma,” Guerrero said. “[That opportunity] in itself gave us a whole different life than the life they had and the life we would have had if we didn’t get through college.”

Guerrero said she never envisioned herself attending graduate school at UCSB. Even as a student at Santa Barbara City College, she said she felt intimidated and distant from other students, like an “imposter” in her own community.

Later, Guerrero graduated from UC Berkeley with a bachelor’s degree in sociology and returned to UCSB where she obtained her master’s degree in education. Guerrero’s two siblings also pursued degrees in higher education, something she attributes to the impact that the education system has had on her family.

“We saw how someone in school, [how] the education system [can make] that difference for us, I suppose. And that’s kind of something we wanted to give back,” Guerrero said. She said her and her siblings aim to be “cultural broker[s]” for students like themselves and “support them [and] encourage them in following their career aspirations, just like someone did for us.”

For other first-generation college students, Guerrero stressed “the need to bring their entire self with them and not try to leave parts of themselves behind to fit in or to feel like they belong.”

“They’re there because the academic setting needs them; the learning spaces need them. We need diverse voices, we need to voice [our] experiences and to really feel proud of who they are and where they come,” Guerrero said.

The journey to UCSB for Jeanine Kaileh, a third-year biopsychology major, began over 5,000 miles away, across the Atlantic Ocean. It starts with a love story, she said; her parents met in Spain after leaving the Middle East. 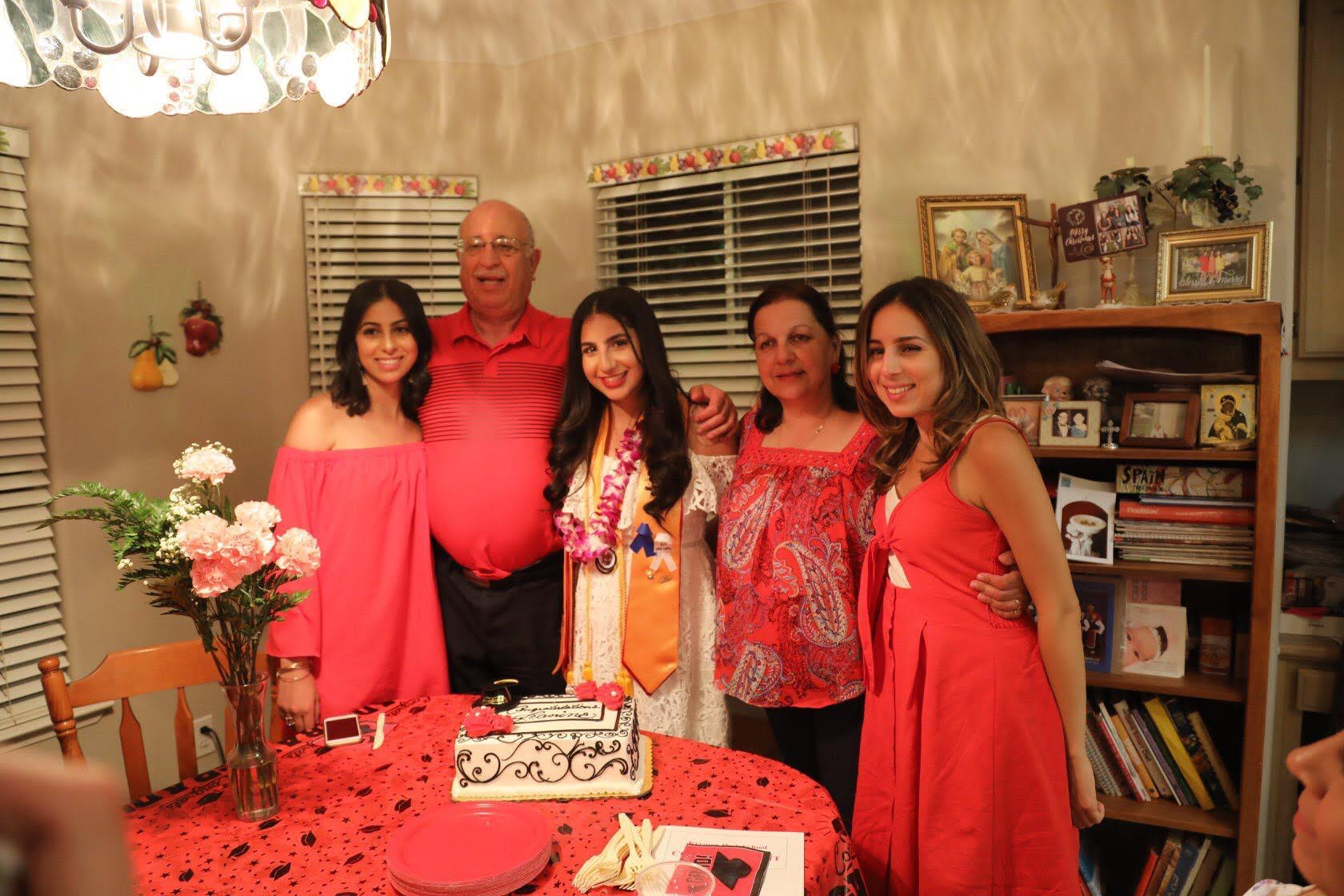 Kaileh is pictured with her parents and sisters. From left to right, Layan, Husam, Jeanine, Najwa and Razan. Courtesy of Jeanine Kaileh

Kaileh’s father grew up in occupied Palestine territory in a farming family with six siblings. From a young age, her father wanted to become a doctor and “defied all odds” when he moved to the U.S. in 1967 to pursue medical school, she said.

Soon after that, Kaileh said his education took him to the University of Granada in Spain to earn a medical degree, despite only knowing how to speak English and Arabic. It was there, she said, that he learned everything about being a doctor in Spanish.

Kaileh’s mother completed two years at the American University of Beirut before fleeing to Spain as a refugee during the Lebanese Civil War in 1988. When she arrived in Spain, she met Kaileh’s father — and fell in love with him.

Their journey later brought them to the U.S. after having Razan, Kaileh’s older sister. Kaileh’s mother restarted her college career after moving to California, since her credits from the American University of Beirut didn’t transfer. Next year, she will graduate with a master’s degree in special education. Her father got a job as a doctor for Valley Health Team, a federally funded clinic in Fresno.

After 24 years of working at the same clinic, her father is now the chief medical officer there.

“When I was little, I would go visit him at work a lot too. I would just be so in awe that he had this huge office and he would put our pictures up and just have that there with his diplomas and certificates all up everywhere,” Kaileh said.

“I think that is something that I still look to to this day, when I’m feeling unmotivated. I see all of that and all of that hard work and how he got to where he is.”

Kenneth Mejia, a fourth-year economics and accounting major, said his parents’ hard work has been a constant theme throughout his life. He remembers a lesson his father learned in his own life: “It doesn’t matter where you come from. You may have different disadvantages from other people, but you can still get the same thing,” Mejia said.

Both of Mejia’s parents came from the same farming village in rural Mexico when they migrated to the U.S. together in their twenties. After settling down in Orange County, his parents started working graveyard shifts at Target, coordinating deliveries and taking inventory. 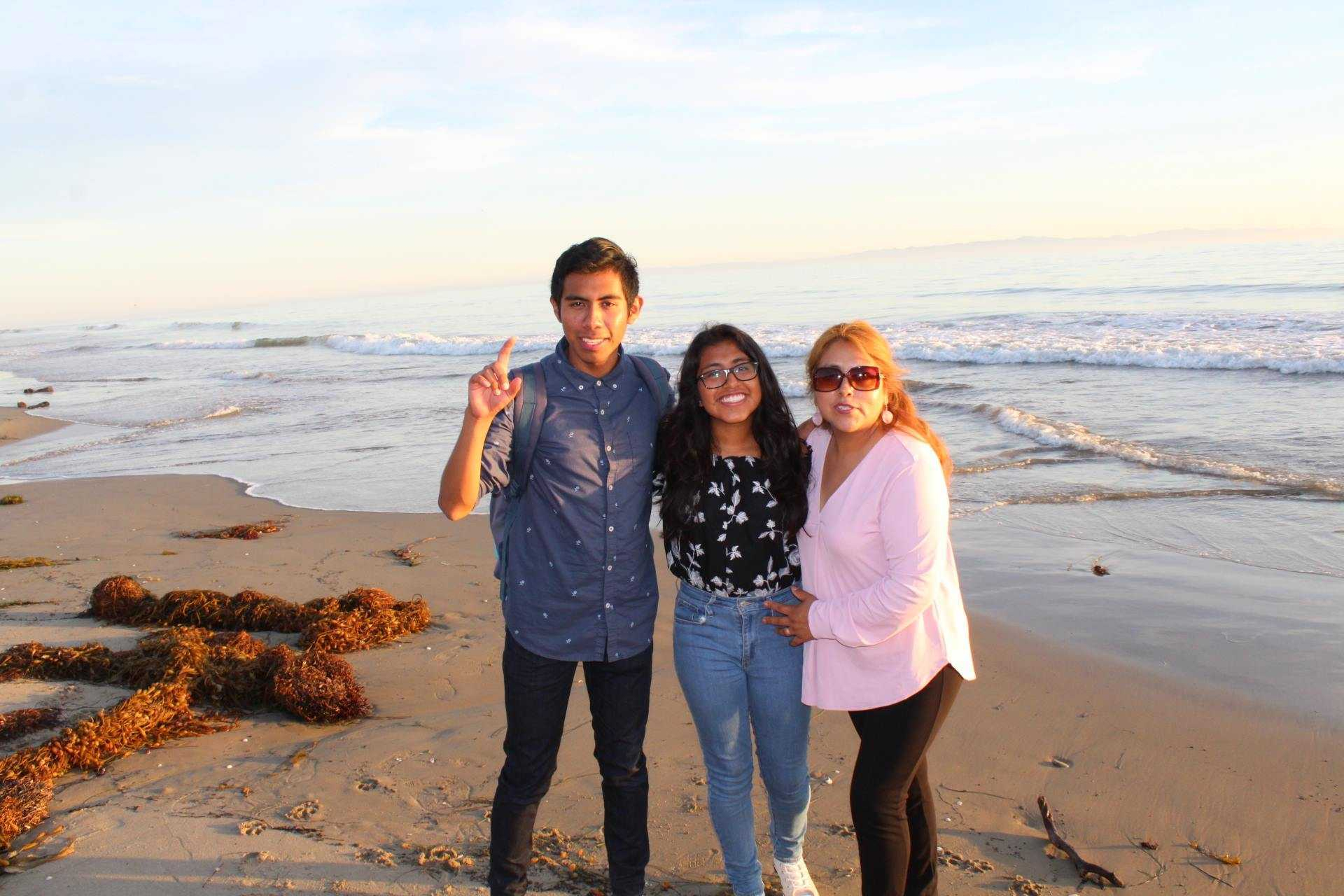 Kenneth is pictured here with his sister and mother. Courtesy of Kenneth Mejia.

Working at Target for 20 years, Mejia’s father rose up in the ranks and was eventually promoted to supervisor. However, the language barrier was only one part of the challenges he faced.

“Normally, to be supervisor, he had to be white and know a good amount of English, have some education and he got it,” Mejia said.

“He didn’t have the education, that language, but he was able to overcome that barrier and be a supervisor, so that was what really surprised him,” he continued.

When Mejia himself started working at Target after high school for his first job, he realized how hard his parents had worked to give him an opportunity for higher education.

“I thought that was crazy, working in retail every day for the past 20 years. That made me appreciate them more, what they do, what they struggle to do and provide me a better way of living,” Mejia said.

Despite the roads that each family took to higher education, one thing is certain: Their parents are incredibly proud of how far their children have come.