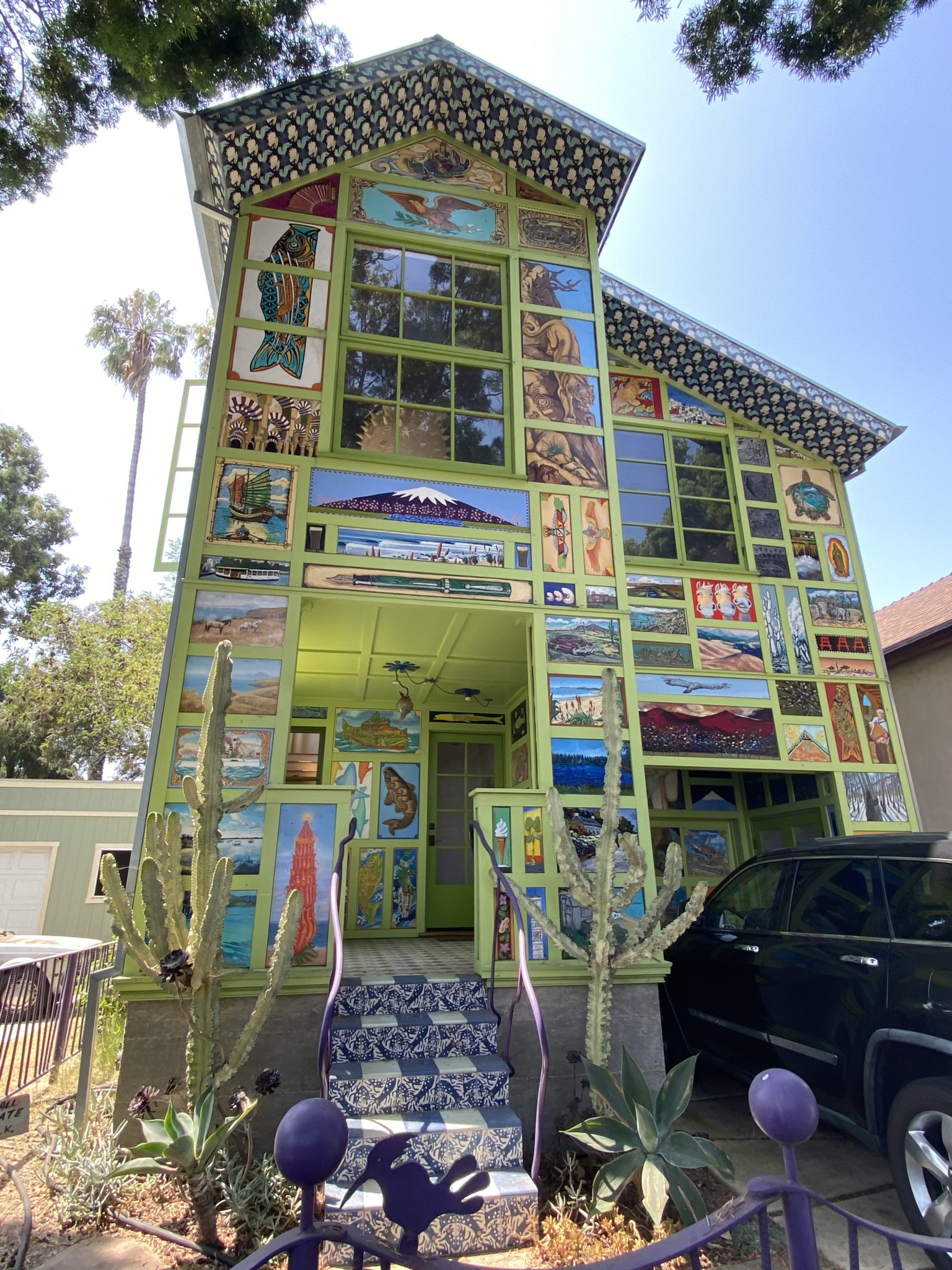 Beyond Santa Barbara’s clay tiling and Spanish-style architecture lies the colorful vibrancy of the Vera Cruz House. Located at 521 Santa Barbara Street, the small abode with eclectic artwork over its neon green framing is the vision of artistic architect Jeff Shelton.

Director and UCSB film and media studies professor Christopher Jenkins’ film “Vera Cruz” follows Shelton’s housing project as the architect gathers the wider Santa Barbara community to decorate the exterior of the radiant house. The individual panels on the house are filled with paintings by local artists, children and everyday citizens. In the film, Shelton’s imagination is described by locals as that of an “8 year old” — but one who is masterful, playful and incorporates “the best parts of childhood.” Shelton’s architectural style infuses creativity into his buildings through a mix of mediums like painting, sculpture and ironwork.

Shelton’s initial pitch for a house in downtown Santa Barbara covered in paintings was easily approved by the city’s review board, which he describes as nothing short of a “miracle” because of the expected pushback regarding the content of the art. However, Shelton promised that no profanity, nudity or political statements would be contained in the artwork. Projects like Shelton’s are typically not approved in other areas of Santa Barbara, like the Upper Eastside. His inspiration came from the idea to garner paintings based on comforting memories, stemming from individual stories from the artists’ lives.

Shelton’s ability to foster a sense of community with this architectural project becomes apparent as hundreds of artists come together to contribute art to the property in the documentary. The artwork arranged on the exterior range from a painting of the Washington Monument to a depiction of aspen trees in the white snow on a dim winter night. Shelton ended up contributing about seventy paintings to the property to fill the empty gaps, and Jenkins even contributed a few pieces himself.

In the latest installment of “SBIFF Film Talks,” Santa Barbara International Film Festival’s online series of conversations about local films, Jenkins and Shelton sat down to discuss the filming process and manifestation of their dual vision. The film footage was captured over two years, using time-lapse photography and constructed camera poles to show the growth of the property’s art over time.

Shelton elaborated on his initial dismay at being followed on camera, as he said he would much rather spend his time at the drawing table. However, Shelton’s process was one worth documenting, as the inclusion of community effort and beauty of each artist’s innovation came to life.

Jenkins’ soundtrack purposefully incorporates playful and spirited music that fit the imagery, without employing traditional composers. In a similar atypical fashion, Jenkins chose to forgo titles and introductions of the participants in the film so as to not distract from their thoughts and sentiments. In the interview, Jenkins emphasized his reliance on intuitive filmmaking in observing and discovering priceless off-script moments for later scenes, a tenet he relays to the film students he teaches at UC Santa Barbara.

While the Vera Cruz House may be quite ordinary in structure and size, its facade — where the walls are flipped to have the art displayed on the exterior instead of interior — is anything but. The idea originated from Shelton’s thought that while not everyone has the means to buy art for their homes, they can alternatively walk by this house and enjoy art from the outside. To the citizens of Santa Barbara, the value of the Vera Cruz House to the community is clear — it uplifts the neighborhood spirit. You can watch the full short film here.