The Daily Nexus
Science & Tech
Who Decides — or Is Able — To Stay Home? Researchers Observe Mobility Drop Among the Wealthy and Increase Among the Poor During Quarantine
August 27, 2020 at 5:30 pm by Sean Crommelin

When the novel coronavirus began its rapid spread across the United States in March, several states issued emergency declarations with the aim of restricting movement and preparing states for a surge in hospitalizations. 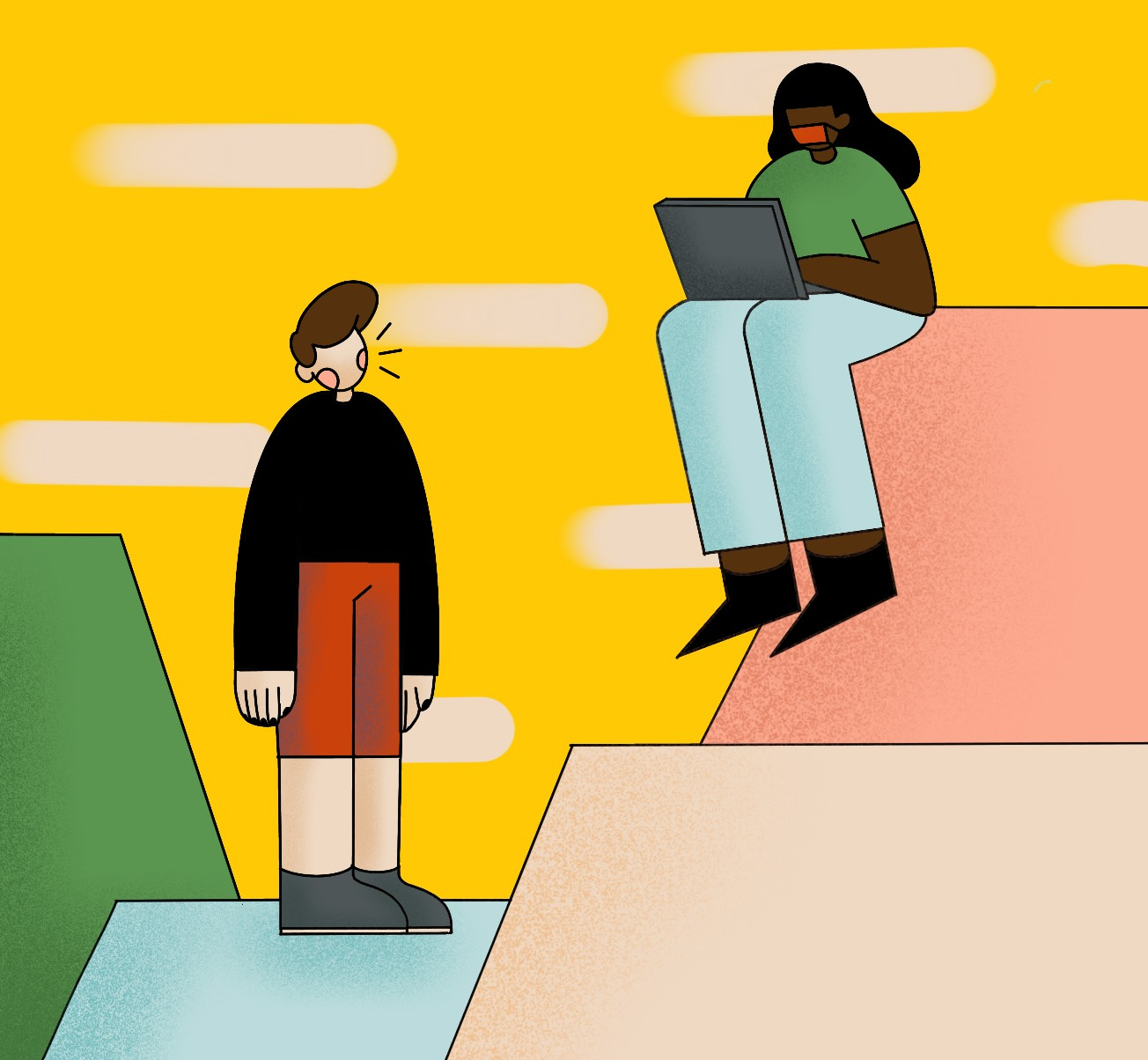 One’s adherence to the guidelines —or their lack thereof— may be due to a number of factors. Kiyomi Morrison / Daily Nexus

States also attempted to ramp up social distancing amongst members of the population. With an available vaccine still months away at best, social distancing has become the primary method for reducing the spread of the SARS-CoV-2 virus, which propagates most commonly through contact with infectious droplets that can get into the mouth, nose or eyes. These droplets are released from infectious individuals through coughing, sneezing, speaking and singing.

However, not everyone has participated in social distancing equally.

One researcher at UC Santa Barbara’s Department of Economics, Olivier Deschenes, collaborated with researchers and economists from UC Davis and Stanford University to document the relationship between one’s income and one’s adherence to social distancing guidelines. They published their findings in the Proceedings of the National Academy of Sciences.

The foundational research is among the first of its kind to examine the role of income “as a predictor of social distancing behavior,” Deschenes described in an email to the Nexus.

Deschenes primarily works in the area of environmental economics, where he studies how environmental regulations affect health and socioeconomic outcomes using many of the same methodology employed in this research.

“[That] is how I was approached to join the team,” Deschenes said, adding that a collaborator on the piece, UC Davis professor Michael Springborn, was formerly a Ph.D. student at UCSB.

In order to quantify mobility amongst the population, the researchers made use of four mobility measures taken from mobile phone location pings, drawing from three different sources of data: Google Community Mobility Reports, PlaceIQ and Safegraph.

These mobility measures, collected at the census tract level, included three factors. First,  they counted the “percentage of devices staying completely at home,” with “home” defined as the location of the device at night over a baseline period. Secondly, they observed device exposure, a measure of the average number of devices present at all of the locations a device visited in a day. Thirdly, they included the median distance all of the devices in a household traveled outside their homes. And finally, the researchers also looked at the “percentage change in device presence at locations of retail and recreation relative to the 5-week period from January 3 to February 6, 2020,” Deschenes explained.

“One major difference with COVID-19, compared to most other areas of research, is that there was no previous research. Everything we know about the socioeconomic effects of COVID-19 (including social distancing) was discovered starting in March 2020,” Deschenes said.

However, there is still precedent to be found in studies looking at how previous pandemics have restricted mobility.

“There is a smaller literature looking at restrictions to mobility in previous pandemics. For example, [Springborn in a 2015 paper] uses variation in home television viewing behavior as a proxy for changes in the level of daily social interaction in Mexico during the 2009 A/H1N1 [swine] influenza pandemic,” Deschenes said.

But now, unlike in the circumstances shaping Springborn’s research, the almost universal ownership of mobile phones in the U.S. gave the team a treasure trove of “near real-time data” with which to track mobility among wide swathes of the population.

In analyzing the data, Deschenes and his collaborators observed a striking phenomenon. Before the pandemic and the ensuing establishment of stay-at-home orders, mobility was highest amongst those in wealthier census tracts and lowest amongst those in poorer tracts. However, once the pandemic hit, the pattern reversed, and the researchers found that the poorest census tracts became the ones with the highest mobility.

The report listed several factors that may have contributed to these results. Drawing from other studies, the researchers noted commonly observed discrepancies between the wealthy and poor’s access to information, differences in political preferences which could impact how one processes information and also differences in one’s attitude toward risk depending on one’s income.

Notably, the authors speculated that less adherence to social distancing guidelines may be a result of the fact that many lower-income earners lack the capacity to work from home, constraining their ability to social distance.

According to the report, the fact that poorer communities also face a higher incidence of preexisting health conditions and have less access to healthcare “suggests a double burden of the COVID-19 pandemic.”

“One implication is that given the lower ability of low income individuals to social distance (in part due to the nature of the work they do), they should be a priority group once a vaccine is available,” Deschenes said.

“Higher-income [earners] individually have more opportunity to work from home and thus social distance, even without a vaccine.”

As Deschenes and his collaborators continue their research, they intend to add another dimension to their analysis: the spread of the disease and its relationship to the enactment of restrictions.

“We are also interested in learning if the mobility limitation measures had an impact on COVID-19 case and mortality numbers,” Deschenes said.

A version of this article appeared on p. 15 of the August 27, 2020 print edition of the Daily Nexus.