Alexandra Silverstein, a 2019 UC Santa Barbara graduate and debut poet, along with literary partner Brendan Shusterman, published a collection of poems on July 31 surrounding the landscape of mental health. 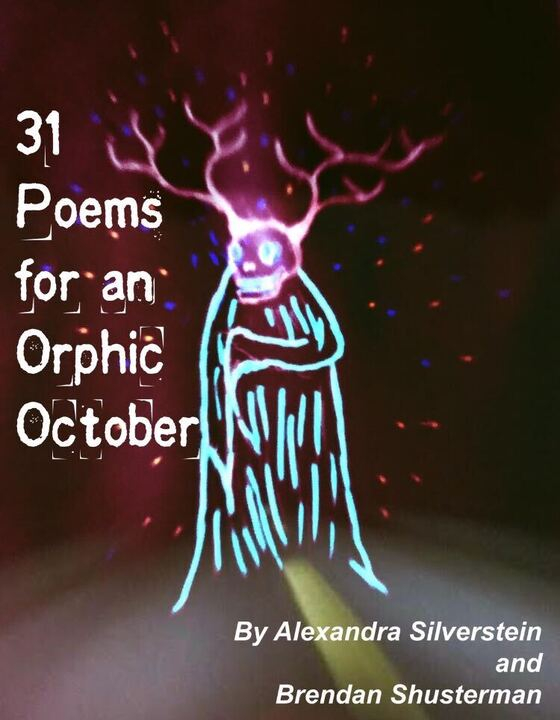 The poetry collection, “31 Poems for an Orphic October,” takes readers through the ups and downs of heartbreak, loss and letting go with the intent to shine light on mental health struggles, according to Silverstein.

Silverstein, who graduated from UCSB with a degree in sociology, said that her major influenced her first poem in the collection, “Across The Chess Board.” Learning about the intersection of race and gender prompted her to think deeply about stratification in society, which she defines as a systematic, hierarchical grouping of people.

“As a sociology major, we spend so much time thinking about social stratification between gender and race and sexuality,” Silverstein said.

Silverstein didn’t initially plan on sharing her work with the public, but two major losses in her family pushed her to share her stories with an audience.

“Part of the reason we decided to publish had to do with how I lost my brother and my grandfather this year,” Silverstein said. “It kind of made me feel like it’s time that I start putting my work out there instead of just keeping it to myself.”

Silverstein met her co-author, Shusterman, as a freshman during a high school theater class. The two instantly bonded over their love for literature and have remained close friends ever since, she said.

Shusterman, who co-authored and illustrated “31 Poems for an Orphic October,” incorporated his personal artistic style into the collection’s artwork, using old wood cuts and superimposed designs. This method allowed him to communicate an abstract, double meaning with his readers, he said.

Shusterman, who graduated from California State University, Long Beach in 2016 with a degree in film and electronic arts with an emphasis in screenwriting, incorporates Judeo-Christian, Buddhist and Hinduist in his poetry. He said his piece “Lucifer” — a part of the new collection — exemplifies some of the complex religious themes throughout the collection.

In addition to this recent publication, he was also a writing consultant and illustrator for his father’s National Book Award-winning novel, “Challenger Deep.”

Shusterman said his experience with “Challenger Deep” was foundational to his creative trajectory.

“Looking back on that artwork now, I see it as my early work. It’s definitely kind of the beginning of my style of creating things,” Shusterman said.

Shusterman has also contributed to “Nights of the Living Dead,” “Unwind” and a dark fantasy novel that remains a work in progress.

Shusterman said writing and reading voraciously, including books from a large range of styles and genres, is key for young writers. He said his best piece of advice for overcoming writer’s block is to get out of one’s comfort zone, accomplish a first draft in one sitting and then allow emotions to develop the poem over time.

“The hardest part about writing sometimes is sitting in the chair and doing it,” Shusterman said.

But now that the hard part is over and the story is written, Silverstein and Shusterman hope their poems can encourage readers to share their own experiences with mental health and bring more awareness to the subject.

“It’s just nice to have common ground,” Silverstein said. “It’s hard to talk about those things, even with your closest friends.”