Santa Barbara has long held a reputation as having a spirit of adventure — from ocean kayaking to horseback riding on the coast. Perhaps the most coveted outdoor activity in Santa Barbara, however, remains in the beauty of its outdoor trails for hiking and mountain biking. “Trail Heads,” a short documentary directed and produced by the power female duo Dani Rodriguez and Christine Meseer respectively, depicts the community established between previous rival biking and hiking groups after the devastating impacts of the Thomas Fire and mudslides. 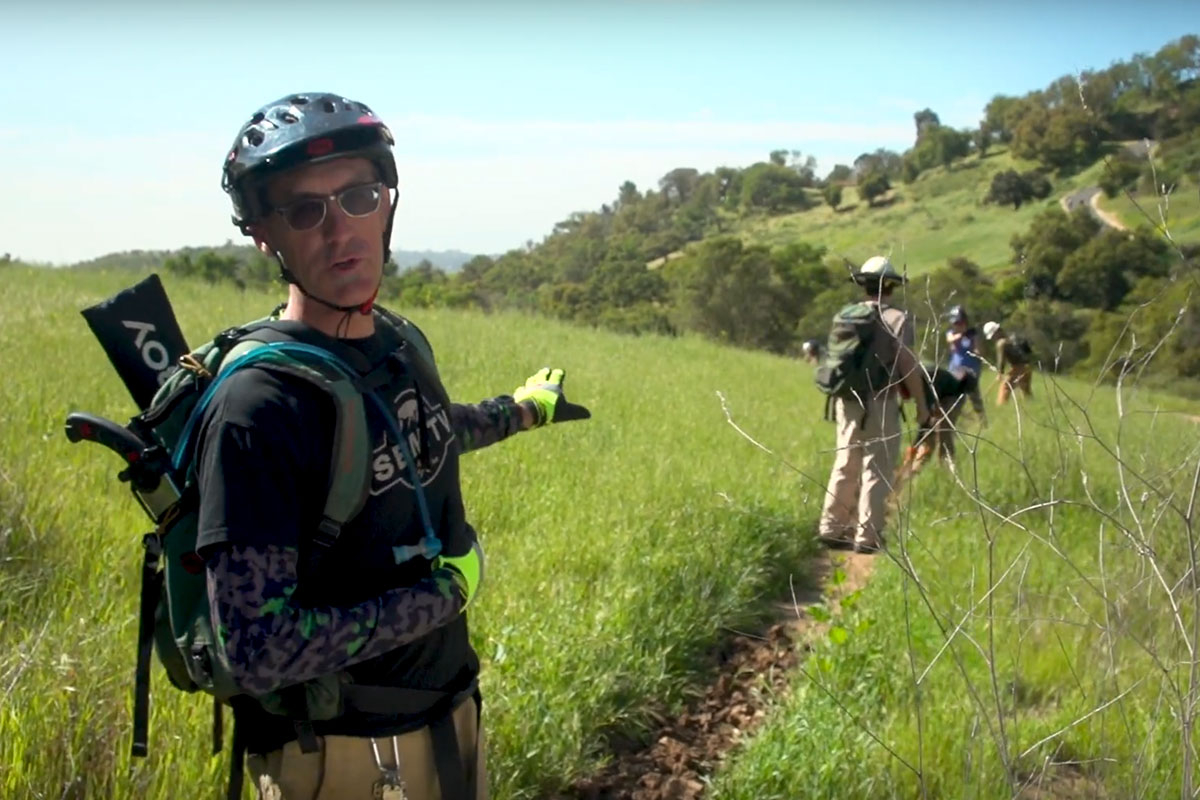 The film opens with breathtaking cinematography that traces throughout the film, featuring the tranquil sound of the bike bell and the sight of spokes riding through the tall wildflowers on the lengthy Jesusita Trailhead. Silent interludes continue throughout the film to show the varying treks and beauty of the mountainside landscapes of Santa Barbara. This footage serves to introduce the mountain biking communities of Santa Barbara, including the UC Santa Barbara Cycling Team and its president, Tanner Walker. The film then introduces footage that details the ongoing tension between mountain bikers and hikers, with both communities feeling threatened by the other’s presence and their accompanying entitlement to the occupancy of the trails. Several Santa Barbara citizens are continually interviewed to describe the underlying strain regarding these communities.

The film then juxtaposes natural scenery with devastating footage from the Thomas Fire and the following Montecito mudslides that shows the disasters ravaging through the Santa Barbara landscape, including the beloved trails it encompassed. Over two-thirds of the native trails were burned by the Thomas Fire, including the Cold Springs Trail, which was largely destroyed and closed off from the resulting damage. Despite the destruction, the film’s main message pointedly evinces the resulting opportunity for these adventure groups, who were previously at odds, to band together to recognize their common interest in restoring these trails for widespread appreciation.

The film spotlights one of these groups, the Mountain Bike Trail volunteers, an impressive coalition that alleviated the tension between the hikers and mountain bikers by forming the “bike bell box” initiative. This unique idea allows mountain bikers to pick up bike bells to ring along their journey to alert hikers also on the path, allowing both groups to be more conscientious of each other’s presence. The Mountain Bike Trail volunteers distribute almost 2,000 bells a year. This group, along with others, ended up joining forces to plan and rebuild a rock-armored trail surface that could withstand weather and human impact.

Rodriguez and Meseer discussed the origin and process of the film, also touching upon the importance of regional film production. The initial film idea was sparked in 2018 from Rodriguez, who came up with the concept a couple of months after the Thomas Fire. Her primal desire was to illustrate the lasting effects of the fire still present in the Santa Barbara community, in a way that provoked thought in her viewers by exploring a topic that not many were aware of. The process of filmmaking was grueling, with the crew spending hours on mountainsides to get picturesque shots, in spite of plentiful encounters with poison ivy, spider bites and near-broken bones. However, these efforts were worth the results, with the film highlighting the natural beauty of coveted spots like Inspiration Point and Elings Park.

The ongoing interviews conducted with various groups proved as valuable as the duo thought they would be, especially in discovering the emotional investment hikers and mountain bikers had in the trails, and stumbling upon the unexpected tensions between the groups. The entire film was made within three months and shows the importance of community filmmaking in highlighting the impact of local stories — in this case, the common interest of sustainable preservation — and the connection Santa Barbara citizens have to the tactile earth.

“Trail Heads” is unique not only in its message of collaboration, but also as a story which exemplifies the value of adventure for people in the Santa Barbara community. You can watch the full film here.