The Daily Nexus
Music
“No Pressure”: Logic’s Victory Lap and Tribute to His Influences
July 29, 2020 at 6:23 pm by Jadon Bienz and Evan Gonzalez

Q-Tip of A Tribe Called Quest once warned, “Industry rule number four thousand and eighty/ Record company people are shady.” Maryland rapper Logic added his own observations on his latest album, “No Pressure”: “Industry rule number four thousand and eighty-one/Your new shit ain’t good as your old shit/’Til your new shit is your old shit, son.” With “No Pressure,” Logic’s final project before he retires to focus on streaming and fatherhood, he clearly felt a need to live up to his old reputation as a highly technical and confident rapper, especially as his latest endeavors have been reviewed as low effort. The album title itself also serves to paint the album as a maturation of his career; he has proven himself since his breakout project “Under Pressure.” 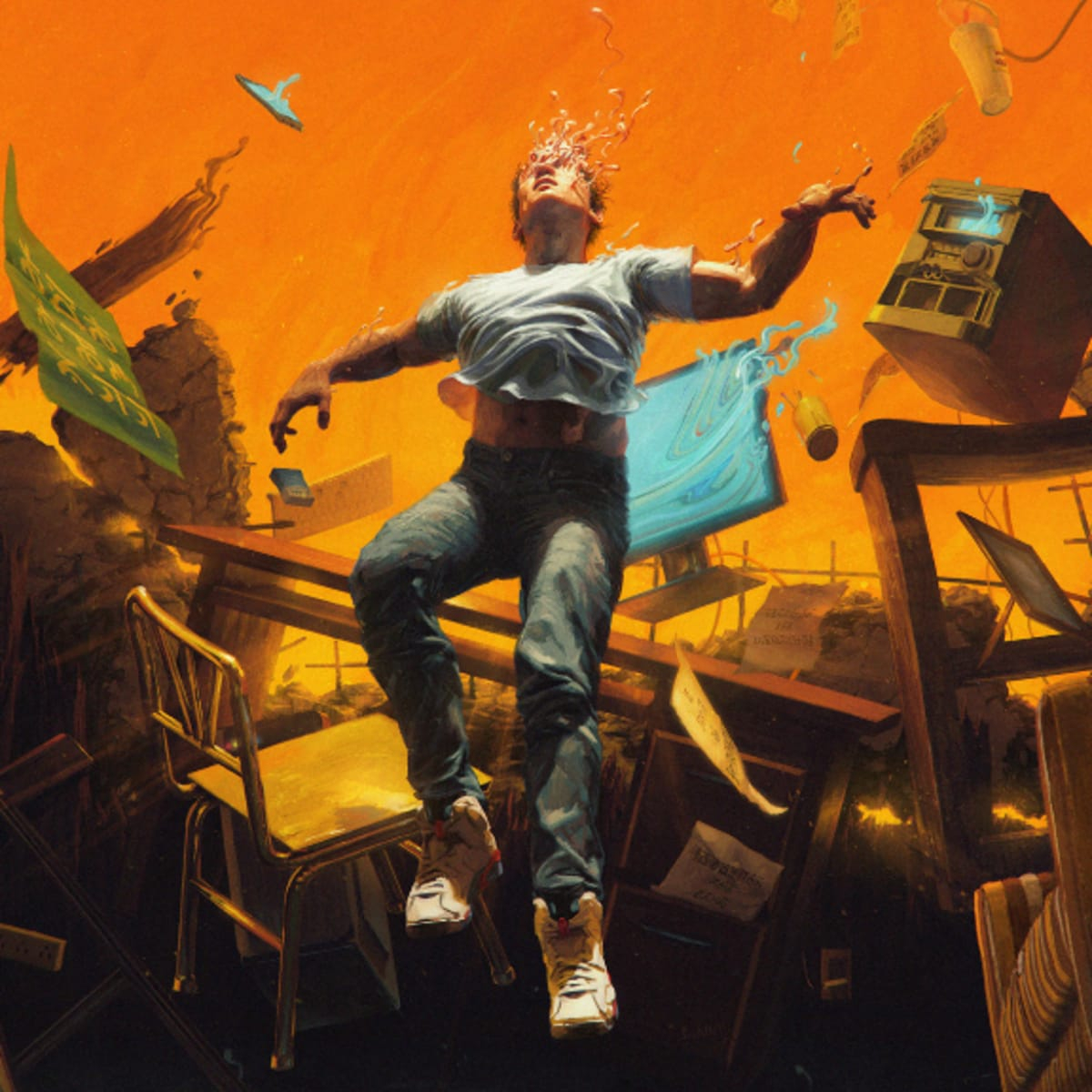 Throughout his career, Logic has had the appeal of being a “lyrical rapper,” focusing on rhyme schemes and wordplay rather than melodies. Combined with his love for video games and his positive attitude, Logic was able to popularize himself especially within what many have joked to be the “suburban rap fan” demographic. This niche led to him to be viewed as “corny,” on songs such as “Keanu Reeves” (“I don’t play no games ‘less we talkin’ Fortnite”) and “Lemon Drop” (“I smoke weed, so I’m trippy/Get litty, get gritty/Rick Sanchez, get schwifty”). Regardless, Logic has numerous influences that have shaped his unique take on rap, and he found that the best way to honor them on “No Pressure” was by borrowing elements from their most successful works.

Most notably, the robotic voice that reads the interludes is a direct nod to the same voice on A Tribe Called Quest’s “Midnight Marauders.” Logic’s production style shares many of the jazz-rap and boom-bap qualities characteristic of Tribe’s legacy, and he also explicitly cites the sample-heavy production of Nujabes, MF DOOM, Kanye West and RZA as influences. The production on the closing track “Obediently Yours” is strongly reminiscent of the metronome staccato of West’s “Say You Will,” and “Hit My Line” features Logic’s rendition of the piano-heavy sample used on the opening track of Tyler, the Creator’s “Igor.” Logic strengthened this production style through a collaboration with No I.D. — a producer legend who served as a source of guidance for West as well. Logic’s “5 Hooks” draws parallels to this relationship, with Logic rapping “No I.D. my mentor” in the same flow that Kanye used on his album “Graduation.”

“No Pressure” also pays homage to the influences of Logic’s lyrical, punchline-heavy style. “GP4” samples the flow from OutKast’s “Elevators,” while “Perfect” interpolates some of Drake’s quotables (“They say, ‘Drink to your accomplishments,’ so every night I’m/faded”). Logic rounds out the album with a flow on “DadBod” and ad-libs on “Aquarius III” that are borrowed from Kendrick Lamar’s heart-wrenching song “Sing About Me, I’m Dying of Thirst.” These homages serve as a dual celebration of the success of Logic’s style and the influences that enabled him to develop it. He’s not simply admiring these artists as a subordinate now — Logic recalls his victories on “5 Hooks”: “I got tracks with Wu-Tang and 2 Chainz, Killer Mike and Gucci Mane.”

While recognition of his musical influences remains a dominant theme with this album, Logic also touches on his struggles and how he’s grown since then, issues within the current political climate and what his future as a father holds for him. He recalls in the intro track that “growing up, the world always told me I was lesser” — both a statement against those that doubted his abilities in rap and that he grew up in an unstable family situation. “Dark Place” finds him reflecting on his struggles with mental health, as he remembers how “depression, anxiety got ahold of me” in the context of impostor syndrome as a rapper.

However, Logic has been able to make it against all odds, and he refuses to remain stagnant by dwelling on his past: “Goddamn, already had a hard life once/Am I supposed to recreate it every album?” he says in defense of himself on “DadBod.” “Soul Food II” and “Celebration” are, well, full-fledged emotional celebrations of how amazing each of his accomplishments felt. The next step in Logic’s life is his fatherhood — “DadBod” features Logic describing his everyday routine as a father (“I wake up, I wake my son up, then I feed him”). Meanwhile, “A2Z” has Logic teaching the alphabet to his son through rapping.

Logic also isn’t afraid to bring up politics in his final project. “Hit My Line” outlines his frustration with the number of young people dying in his community, as well as the politicians who will voice their support for a cause online but fail to materialize change. The album begins and ends with an extensive 1946 monologue from Orson Welles condemning racial hate speech, as Logic positions himself in Welles’ place to remind America that social issues present today have had a long history behind them, and that the fight must continue.

As a whole, “No Pressure” serves as a return to form to celebrate and round out Logic’s career. Most importantly, Logic sounds like he’s having the time of his life between collaborating with his idol No I.D. and effortlessly rapping about how great his life is — the perfect energy for opening a new chapter of his endeavors.