The Daily Nexus
Film & TV
“Grasshopper for Grandpa”: A Storied Essence of an Antique Santa Barbara
July 27, 2020 at 11:24 am by Joshen Mantai

At first glance, Santa Barbara can be seen as a town filled with historical essence, and you don’t have to walk far downtown to see timeless treasures like Old Mission or Santa Barbara Courthouse. Beyond Santa Barbara’s popularized Spanish architecture and European ambiance, however, is the ghost of what once was a Chinatown, and more importantly what once was Jimmy’s Oriental Gardens. 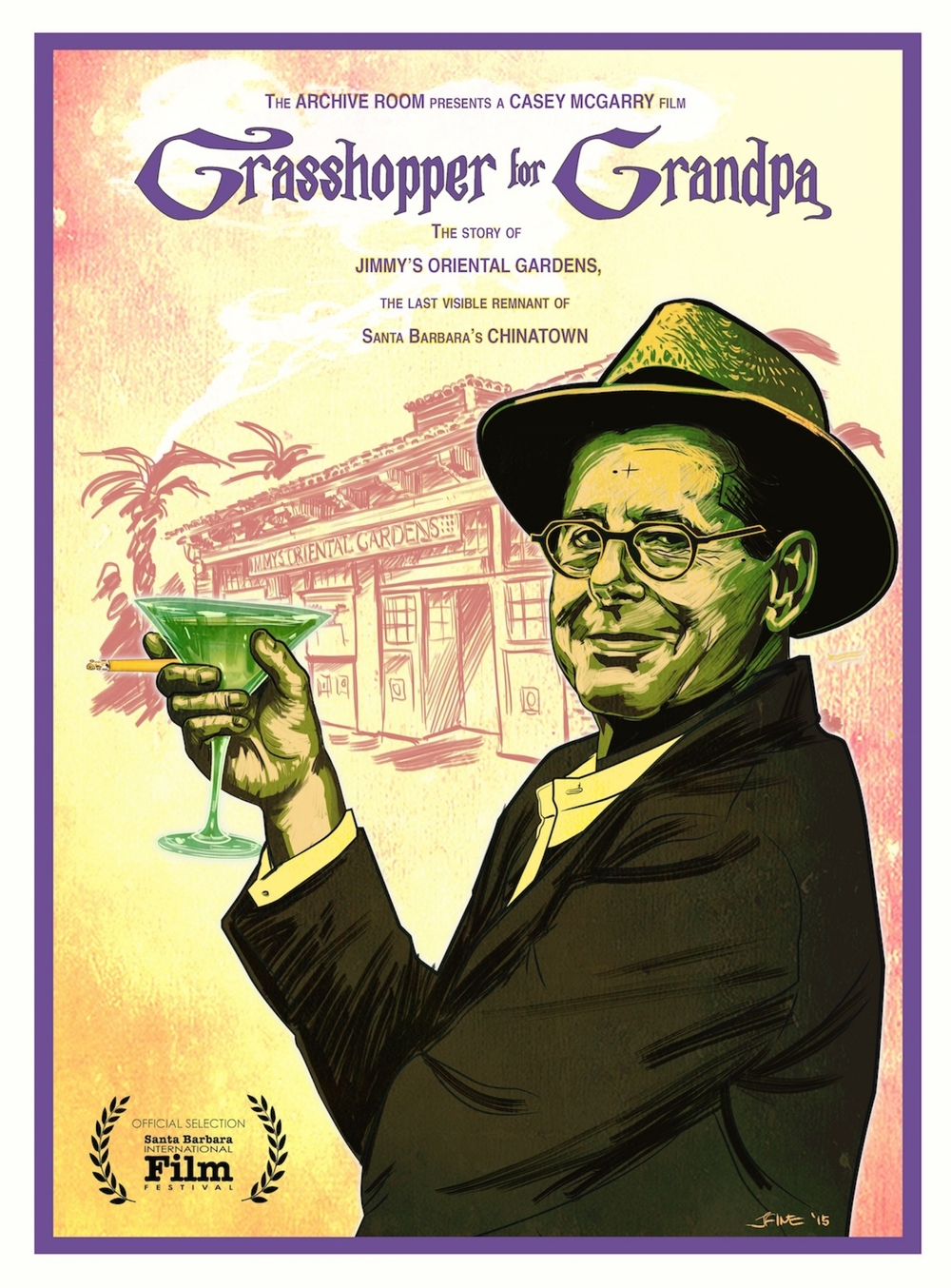 Courtesy of The Archive Room

Jimmy Chung’s Oriental Gardens, a celebrated cozy Santa Barbara restaurant and bar built in 1947, is the last visible remaining landmark of Santa Barbara’s Chinatown. “Grasshopper for Grandpa,” a short film documentary about Jimmy’s Oriental Gardens directed by Casey McGarry, narrates the story behind this beloved spot and the legacy it left behind.

The film features Jimmy’s as a spot of familial connection, where every customer was treated like a friend. This special attribute kept many customers returning, from the people changing dollar bills to the rich elite of Montecito. Despite differing cohorts of customers, in the quaint bar everyone was treated as an equal, serving as a safe haven for the LGBTQ+ community.

As early as the 1860s, a Chinatown emerged in Santa Barbara when a mass migration of Chinese residents moved to Santa Barbara to work in farming, fishing and service industries. This small three-block Chinatown served as the center of their ethnic community, but after World World II, most of the Chinese families left, with Jimmy Chung staying. Jimmy soon became a highly respected business owner of the community, offering customers free food and always being commended as full of life.

Jimmy’s children spent the majority of their childhood days in the restaurant, using the restaurant to play, to do their schoolwork and to do chores. Jimmy’s son, Tommy, soon took over the restaurant from his dad, matching the vibrant spirit of Jimmy by cooking for his employees and showing off his cooking skills to the patrons.

Willy Gilbert, the main bartender at Jimmy’s for 22 years, was a central focus of the film, as his presence largely contributed to the comfortability and homely feel within the bar. Willy often played music, teaching many customers about the importance of jazz in the restaurant.

Jimmy’s was more than just a location of history — it was a social hub of secret activity. After-hours gambling and parties for private clubs of individuals added to its risqué nature, especially in the basement where mahjong would be played. These parties attracted the likes of arms dealers, jazz musicians and even UCSB professors. The stories that arose from these rendezvous were passed down and become a part of the charm of the property.

Despite the popularity, Jimmy’s closed in 2006, with Santa Barbara residents lining up down the road to the post office to have their last meal at Jimmy’s. In spite of this setback, the Santa Barbara Trust for Historic Preservation acquired the property, and Robert Lovejoy secured ownership of the bar and restored it to its 1947 originality. Gilbert was a partner and managed the bar as well, which soon became a staple of the community again, becoming a hub for sports, camaraderie and familiality.

McGarry discussed the origins of the short film, a tale of serendipity in meeting Robert and coming across plentiful footage of Jimmy’s patrons. McGarry discussed how he arranged the film into a three-part sequence, in order to portray the setting, mystique and Lovejoy acquisition to fully contextualize the story of the spot.

He also elaborated on the title “Grasshopper for Grandpa,” its unique origin stemming from an article written by Matt Kettmann in the Santa Barbara Independent. The piece detailed the story of Kettmann’s grandfather’s contagious ebullience when he had a drink in Jimmy’s restaurant that showcased the high-spirited environment of the bar.

But what McGarry enjoyed most about cultivating the film was learning about Santa Barbara’s history and its once picturesque yet clandestine nature. In order to portray this feeling, the jazz score was used throughout the documentary to evoke this specialty.

To this day, the importance of “Grasshopper for Grandpa” is dedicated to Jimmy’s, one of the only bars that has held onto the old school history and close-knit feel of the Santa Barbara community. Jimmy’s Oriental Gardens was distinctive in its ability to evoke a sense of community and companionship and represents Santa Barbara as more than just its reputation as a tourist town.