Four Santa Barbara activists — three of which are from UC Santa Barbara — were elected as delegates on June 5 to represent Bernie Sanders at the upcoming virtual Democratic National Convention in August and will represent the Isla Vista community and advocate for progressive reforms. 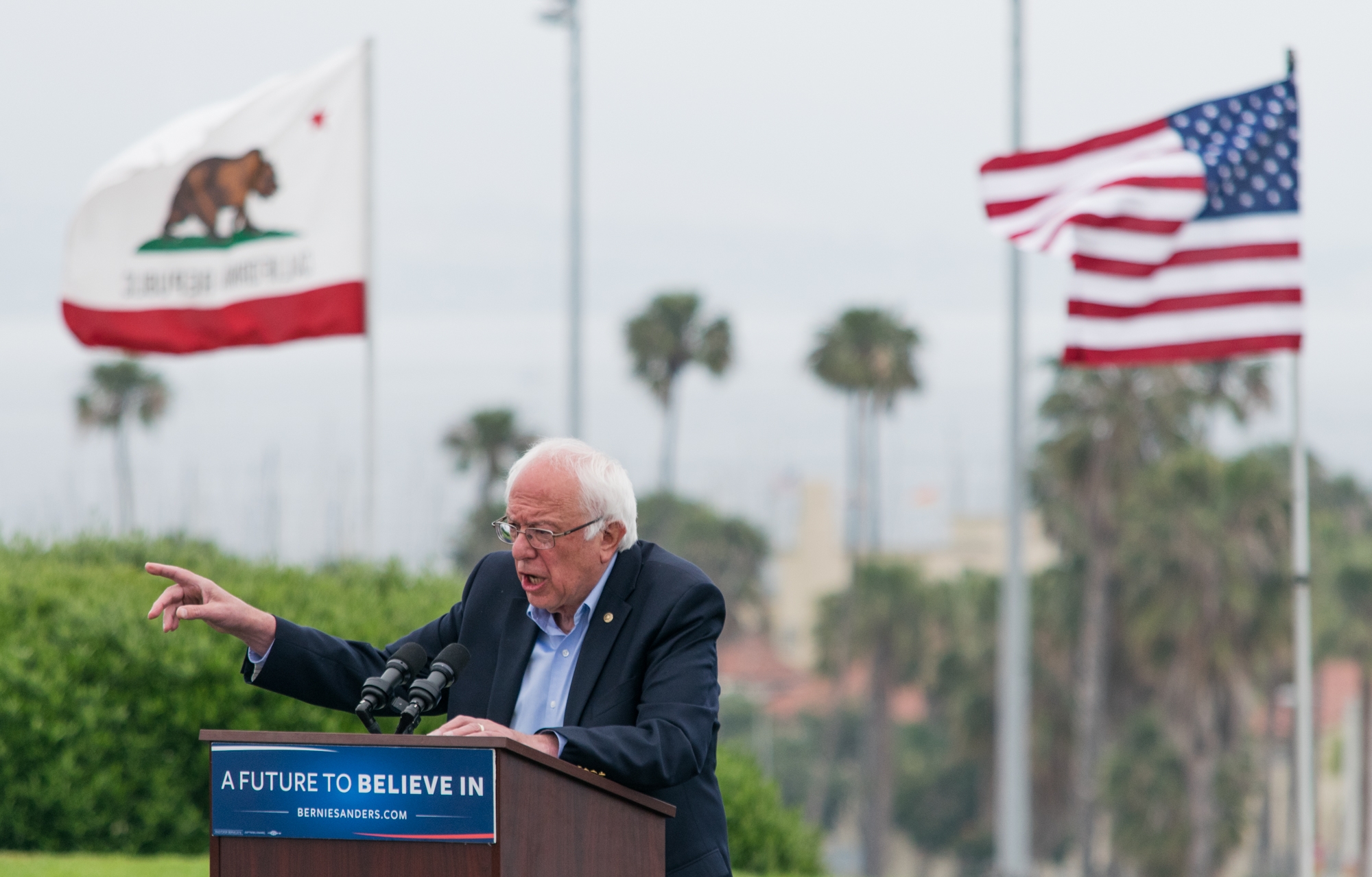 Sanders took home the most votes in Santa Barbara County during the California primary in March, walking away with 34.6% of the vote. Effie Sklavenitis / Daily Nexus

Due to the coronavirus pandemic, the convention will be held virtually, aside from a few representatives that will attend in person, according to Bagheri.

Sanders took home the most votes in Santa Barbara County during the California primary in March, walking away with 34.6% of the vote, according to a press release. Former vice president and presumed Democratic presidential nominee Joe Biden was the runner-up with 22.5% of the vote.

Because Sanders won the primary vote in Santa Barbara County, the delegates from this county were allocated to his campaign, according to the press release.

After mobilizing Sanders’ supporters and encouraging them to vote in June’s online delegate election, Winograd, Santamaria, Bagheri and Taylor were elected by registered Democrats in CD-24 to represent Sanders at the upcoming Democratic National Convention (DNC).

Biden, who holds more delegates than any other candidate in the election, earned the nomination in the first round of the convention’s balloting. However, since Sanders won the primary vote in California, 225 of California’s 494 total delegates will go toward Sanders, according to the press release.

According to a press release from UCSB Students for Bernie, a local affiliate branch of the national presidential campaign, the CD-24 delegates plan to raise a discussion of topics including Medicare for All, the Green New Deal and racial justice at the convention.

The delegates plan to submit testimony for revisions of the 2016 DNC platform, advocate Sander’s progressive ideals in the media and influence the choice and policies of the vice-presidential candidate, according to Winograd.

Santamaria said these policies will bring “equality, equity and justice for our communities.”

One of these policies, the Green New Deal, aims to tackle the climate crisis through investing in sustainable energy and resource conservation, among other policies, according to Sanders’ website.

The policy package could be effective in addressing environmental racism and the disproportionate effect of environmental problems on communities of color, Bagheri said.

“Fixing this is a way to fix so many of these systemic issues at the same time,” he said. “It’s an incredible opportunity for us looking forward to creat[ing], hopefully, a better world.”

In addition, the delegates will work with the nationwide Bernie Delegates Network and Our Revolution, an independent organization that supports Sanders, to prohibit party officials and lobbyists — nicknamed “superdelegates” — from participating in the first round of convention voting. Winograd played a key role in developing grassroots reform against this issue following speculation in 2016 that superdelegates played a role in Hillary Clinton’s nomination.

Taylor highlighted the significance of the Black Lives Matter movement and said she envisions that CD-24 delegates, among other progressives, will fight to reduce police funding and end qualified immunity while producing reforms to bolster these causes.

Winograd said she is also fighting for a new platform that “calls for the repeal of the Authorization for Use of Military Force (AUMF) for enabling endless wars, a prohibition on the first use of nuclear weapons and support for equal rights for all in Palestine/Israel.”

The three co-chairs that have been chosen to lead the California delegation — Congressman Ro Khanna, Congresswoman Barbara Lee and Los Angeles County Supervisor Hilda Solis — will attend the convention in person. Bagheri described this group of co-chairs as a “big win” for CD-24 because the representatives strongly support the progressive agenda.

However, despite their Sanders affiliations, the CD-24 delegates hope to unite the Democratic party under Biden, the presumed nominee, according to Bagheri.

“If everyone had voted, Bernie might have won in a landslide,” he said in retrospect, adding that the delegates have moved forward and plan to support Biden. But regardless of who wins, Bagheri stressed the importance of civic engagement and the necessity of voting.

“It is important for people to get involved, and I think young people often don’t get involved because there’s a sense that one person’s vote does not matter,” he said. “This is an incredible opportunity for people to go out and work for these changes.”

How could anyone not vote for Trump in 2020 the way the stock market has been performing. I know about BLM, but I have another slogan: “Black people don’t give a shit about the stock market.”

Umm… isn’t Bernie out of the election?