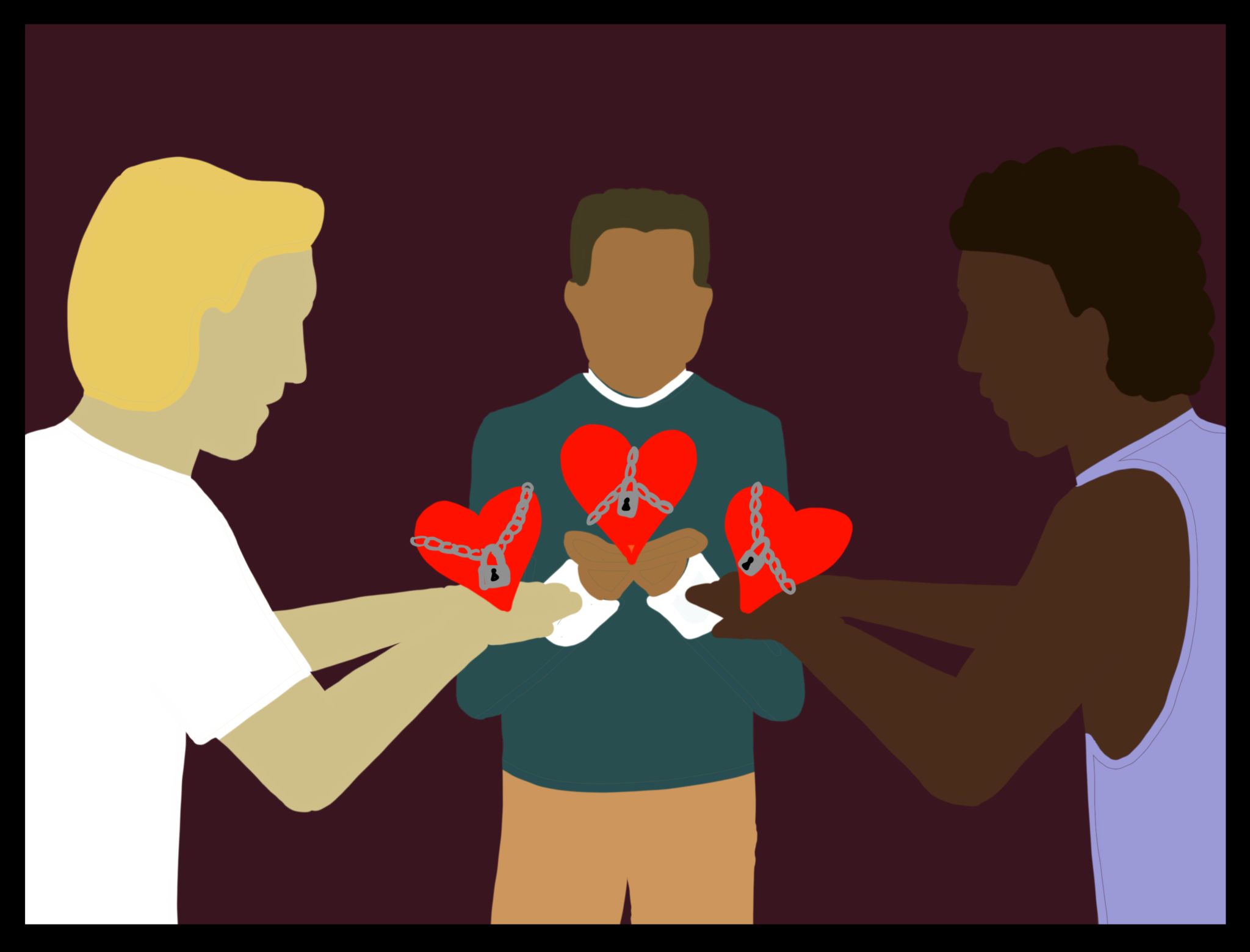 Toxic masculinity has been a massive point of discussion for Gen Z, which has raised awareness of how many men are affected by the inability to express emotions without being mocked for seeming “feminine.” It’s a cycle in which children mirror the behavior they are taught. If young boys are taught to hide emotions and dispel “feminine” attributes and activities, they grow up and force the same ideologies upon their children.

According to PsychCentral, toxic masculinity can encourage a need to “rage against key universal emotion-drives, critical to the formation of empathy-based connections with self, others and life — to avoid being rejected as ‘not real’ men.”

Much of our understanding of empathy is being able to understand the emotions and feelings of another. While that definition does hold true, there are several components to that ability. According to Psychology Today, empathy allows you to “recognize, understand, and share the thoughts and feelings of another person, animal, or fictional character.” It’s why some people feel second-hand embarrassment when watching that classic ‘underdog confronts popular clique’ scene in every teen movie.

Empathy, when applied to social justice, allows an individual to better understand the struggles of marginalized groups — whether it be due to race, religion, ethnicity, gender, sexuality, etc. As the country has rallied behind the Black Lives Matter movement, I, and many others, have asked if we are doing all we can and if we are using our privilege and position to enact real change. Many people have educated their friends and family on the movement, protested, petitioned, called their representatives, donated to organizations that promote equality or fund the bails of protestors and boycotted companies that don’t support Black Lives Matter.

And while all those actions contribute to bringing about a state of equality, there might be another obstacle in the path of social justice: toxic masculinity. When behavior that defines manhood as the absence of emotion is stressed, it diminishes one’s use of empathy which is necessary for social change.

A study in Britain done through the Big Lottery Fund, the National Council for Voluntary Organisations and the Young Foundation asked why women were more likely than men to participate in social projects. The study found a fear of the stigma that activities considered to be “caregiving” were female, and therefore, not the place for men. While this was a study done in Britain, it is important to note that the idea of  “caregiving” being a feminine concept is not isolated to the UK.

The study noted many men’s response to the study’s question, such as “the work of volunteers is traditionally seen as women’s work,” “some men still see volunteering as ‘carer’ type work and so think it is female orientated,” and a “majority of men feel Social projects are not manly and should be left to women.”

To those avidly pursuing various opportunities regarding social justice, here is the next step: Help dismantle toxic masculinity and encourage building the skill of empathy.

In order to want to help bring about equality, you need a desire to enact change by understanding the plight of marginalized groups. That understanding comes from empathy.

Empathy, when applied to social justice, allows an individual to better understand the struggles of marginalized groups — whether it be due to race, religion, ethnicity, gender, sexuality, etc.

In no way am I implying that toxic masculinity eliminates empathy or that any man affected by that concept lacks empathy. However, when we impose an idea of strength through a lack of vulnerability on an entire demographic of people, we take away from their ability to enhance their skill of empathy. I’d also like to add that we should all do our part in dismantling toxic masculinity regardless of the effect it would have on other social justice issues.

But saying “help dismantle toxic masculinity,” is vague and oversimplified. If it were that simple, it would already be done. How can we encourage embracing emotions and building empathy when for hundreds of years men were told to do the exact opposite?

Empathy is a skill. True, some people have a higher emotional intelligence. But much like any skill, practice makes perfect. The New York Times outlined a number of different activities that can help build empathy like talking to new people, walking a mile in another’s shoes (to quote a cliche) and joining a group with a shared goal/cause.

Talking to new people exposes you to people of different backgrounds, giving you a glimpse into how they’re feeling and what their world is like. Of course, to be effective, the practice has to go beyond the traditional “hello” and “how are you.” It needs to be a genuine attempt to get to know a random person who exists beyond what’s familiar to you.

Walking in another’s shoes encourages doing things that don’t fall into your traditional lifestyle. Suggestions would include attending a place of worship that isn’t of your religion or denomination, volunteering in a different neighborhood, hanging out with someone new or different and eating and socializing at new places.

Joining a group with a shared cause allows you to experience embracing differences and each individual’s humanities in a collective effort. The exercise minimizes divisions and enforces the idea of unity and teamwork. The New York Times suggested partaking in a community garden, a political organization, religious committees or grief support groups.

Social justice requires empathy, and if we all took the time to build this skill and offer support to those affected by toxic masculinity, we’d be improving both our loved ones’ and our own ability to empathize with marginalized communities and work toward dismantling personal and systemic prejudices and biases that prevent equal treatment.

Atmika Iyer is passionate about dismantling toxic masculinity and figuring out the perfect recipe for vegetarian chili.