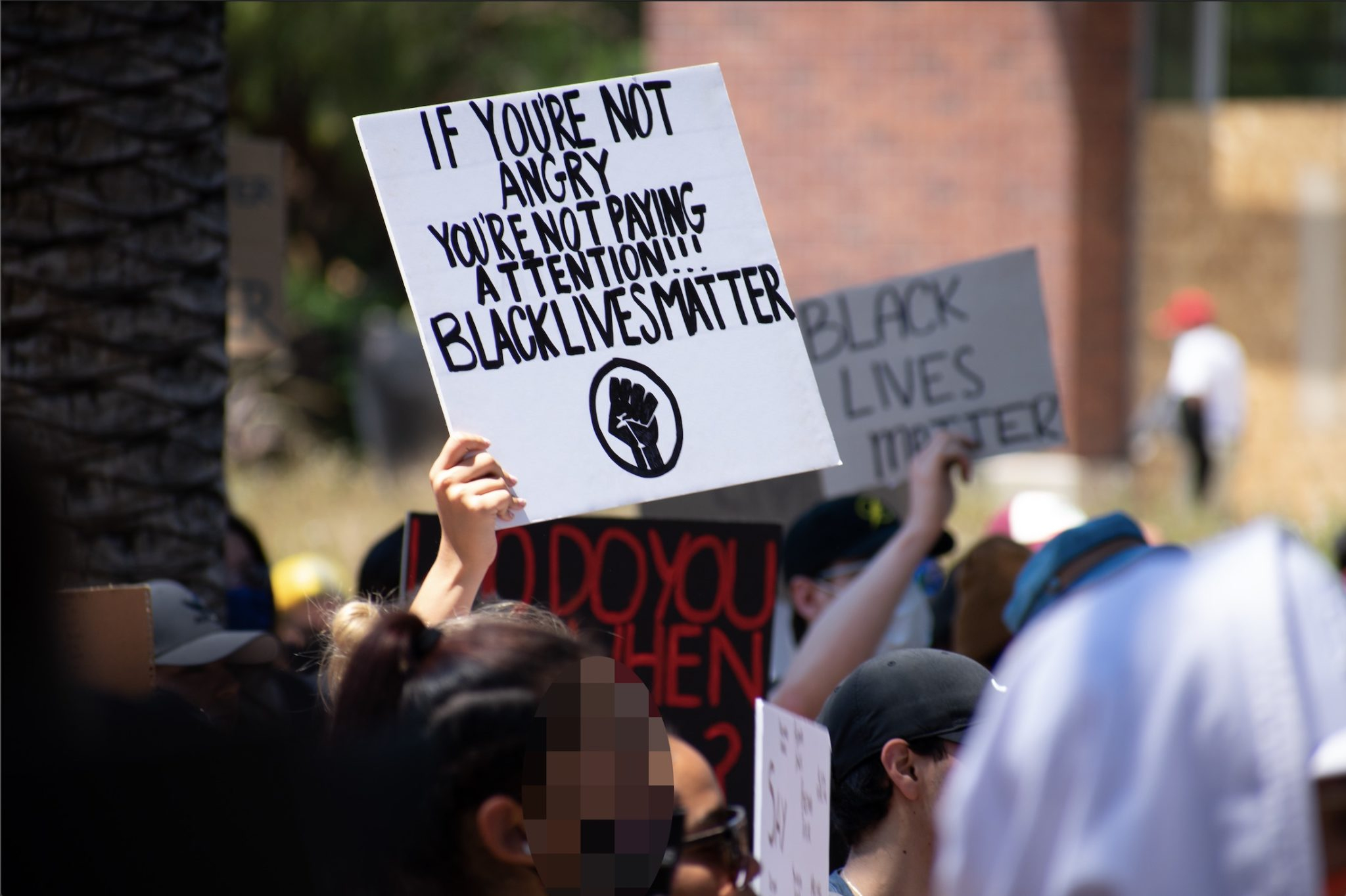 These past few months have sent shock waves throughout our country as, once again, the horrors that Black communities face every day are brought into the spotlight. George Floyd, Breonna Taylor and Ahmaud Arbery are the newest additions to a long list of Black individuals who have been victims of police brutality or primarily white citizens attempting to take justice into their own hands.

It would be easy to think that these recent events are verifications of the status quo — that members of the Black community will be brutally or even fatally punished for going shopping, going for a run, going for a walk or performing countless other activities that many people would never get flagged for doing. It would also be easy to feel numb and helpless in times like these because these acts of violence appear to be never ending. However, both of these approaches do absolutely nothing to help the situation because they accept injustice without putting up a fight.

Many of those who do oppose this injustice use the claim “I’m not a racist” — but that isn’t good enough. Saying you’re not a racist is a passive, noncommittal approach that doesn’t come with any inclination that you will try to remedy the situation. Or, as in the case of Amy Cooper, a white woman who called the police on a Black man for asking her to leash her dog, it comes across as a weak justification for obviously racist actions, rendering the phrase absolutely meaningless. If you take this approach, you’re letting racial inequities continue to exist and gain traction while you simply watch from the sidelines.

The better and more active stance to take is one of anti-racism. This involves educating yourself, understanding policies that are racist and working together as a community to implement productive change in these matters. It is important to note that this concept has come up frequently in recent conversations, but it is a decades-old practice that was utilized in the civil rights era.

The prominent leaders of that time like Martin Luther King Jr., Malcolm X, Rosa Parks and so many others all embodied this approach. They took a stance against injustice and recognized the pressing need for change. That is what we all need to be striving to accomplish today. They paved the way, but there is ample work that still needs to be done. It is a privilege to be able to remain passive, and now is not the time for apathy or neutrality.

Saying you’re not a racist is a passive, noncommittal approach that doesn’t come with any inclination that you will try to remedy the situation.

Part of the education process involves acknowledging each of our own backgrounds and how they have either helped us better understand the struggles of racism or how they may have exempted us from understanding them. I am not a member of the Black community so I do not think it is my place to speak on the personal experiences of Black people in this country. As a member of the Asian-American community, I am not going to pretend that Asians never have to deal with racism as we are forced to adapt to a society built on white supremacy.

However, it is imperative to recognize that the reason so many of us were able to immigrate to this country is because of the foundation Black activists laid during the civil rights era. The Immigration and Nationality Act of 1965 was passed on the momentum of the Civil Rights Act of 1964 and it marked the point when the federal government dramatically changed its historically exclusionary immigration policy.

As a second-generation immigrant, I am indebtedly grateful to the Black activists and reformers who worked so hard to make concepts of equality and change part of the national conversation. It is because of the efforts of all of those involved in the civil rights movement that my parents and countless others were able to come to the U.S. The privileges I have in life are in part because of the work of the Black community, but it isn’t enough to simply be grateful to them.

We cannot take the fortunes we may have in life for granted and leave behind those who worked so hard to make them possible. Now is not the time to take the easy way out or to avoid controversy. We need to work together to ensure that members of the Black community are treated as equals and given every opportunity for success.

Especially for those of us who are not members of the Black community, we need to educate ourselves on what they are forced to go through on a daily basis and the reasons behind this mistreatment. It is unreasonable to expect them to teach us about racism and it is equally unreasonable to expect them to shoulder the burden of centuries of oppression all on their own.

Regardless of the color of our own skin, we need to be there to help the Black community and to work as a united front rather than in groups of segregated races. The Black community cannot be faulted for the systemic racism that they are forced to endure on a daily basis. The blame needs to be placed on the policies that have been enacted both explicitly in legislation and implicitly in racial biases that result in individuals being viewed as second-class citizens.

In order to fight against such entrenched notions of racism, it is necessary to understand its roots, its modern-day connotations and the insidious nature of its impact — especially if you haven’t had such experiences.

People of color are often forced to make tough decisions and deal with race-based injustices that those not in their position cannot truly understand. COVID-19 has brought to light several of these injustices, like how the ability for someone to work from home in order to practice social distancing is heavily influenced by race. Communities of color are also disproportionately treated inadequately in health care and may be more prone to underlying health conditions due to practices like redlining, which is a form of housing segregation that forces many members of these communities into urban areas that often have higher levels of pollution. These patterns of discrimination are by no means unique to this pandemic but are rather a testament to how pervasive practices of systemic racism can be.

We must not forget that the fight for change cannot stop once the news headlines decide to focus on something else.

Lacking the resources to educate yourself on these issues is not a valid excuse in this day and age. Many publications have recently posted comprehensive lists of books to read, movies to watch and speakers to listen to in the hopes that the public does just that. Be active. Instead of flipping through the posts your friends might be making on social media, take a moment to actually read them and utilize the resources they might have.

After you are more educated on these issues, let the knowledge you have gained empower you. Start conversations with your friends and family — no matter how tough they may be. This is an important dialogue to be having and change can start to happen at even this most fundamental level.

Then, fight against the policies that contribute to practices like police brutality, environmental racism, housing discrimination, unequal access to health care and so many others. Call your elected officials, send them emails and make sure they understand how important these issues are to you. Go to protests if you are able or find other ways to help the movement by donating your time, money and/or resources.

These actions might not feel like much at the individual level, but as the young people in this country, we have the unique power to galvanize and implement real change. As former President Barack Obama said in his address last week, some of the most fundamental instances of change in this country occurred because of the actions of young people.

We must not forget that the fight for change cannot stop once the news headlines decide to focus on something else. Fighting for racial justice is not a trend or a fad, but rather a firm commitment we must all make. It’s okay to make mistakes in this process, as long as we learn from them. But the worst mistake would be to dismiss the need for change when we aren’t being confronted with the harsh realities of racism on a daily basis. The negative consequences of systemic racism will continue to amplify if we only fight against them when doing so is popular or convenient. The sense of urgency many of us have communicated in this time needs to be sustained until the policies that allow these practices to continue are repealed.

Surya Swaroop strongly believes that we need to unite and take an active role in the fight against racial injustice.

Political correctness has become about what you dont say – this is straight out of the Bolshevik playbook.