The University of California Humanities Research Institute hosted a webinar on June 5 to explore the greater themes surrounding the Black Lives Matter movement, police brutality and institutionalized racism, providing discourse and historical context about their effects on American society at large. 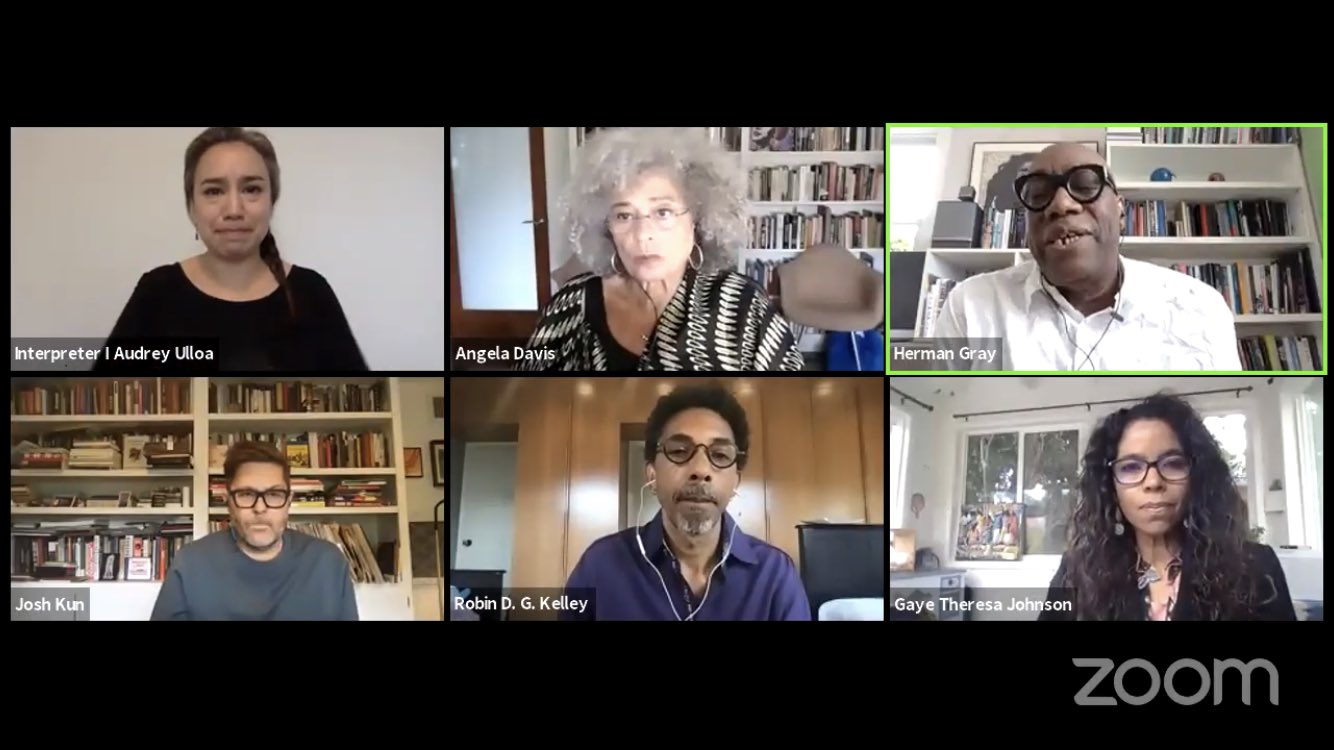 The webinar, titled “The Fire This Time: Race at Boiling Point,” featured a panel of five prominent speakers. Courtesy of UCHRI

The webinar began with a discussion about the meaning of the phrase “I can’t breathe,” a phrase associated with the Black Lives Matter movement and some of the last words from George Floyd and Eric Garner, two Black men who were both killed by white police officers.

Gray highlighted the phrase’s dual meaning, both as a symbol of environmental racism experienced by Black people and the product of illegal choke holds used by law enforcement to detain Black people.

“I think about breath in terms of environment and polluted air and the environmental degradation that Black and brown people have to live through,” Gray said. “Breathe and breathing as the terms to understand the devastating health impact of the pandemic of COVID-19, which disproportionately attacks Black and brown people, particularly around respiratory systems in urban populations and older populations.”

“Breath also expresses the constricted air available to Black men, women and children at the hands of police, through illegal tactics like choke holds and knees to the neck,” he continued. “Breath is constricted because of the stresses and strains that parents, grandparents, partners, whose daily life is often relegated to overcrowded and under resourced conditions.”

Johnson discussed the role of the protests in inciting change and how the ongoing struggle for equality is representative of “a different kind of calculus of human work.”

“All of the things that are happening right now, while they are incredibly concerning, they are also, as we all know, incredibly hopeful and powerful,” Johnson continued.

As the conversation shifted from domestic movements to international ones, Davis discussed the global response to police brutality and racial inequality. She highlighted her experiences with academics and activists from the Brazilian state of Amazonas, which she said suffers from not only discrimination and violence from the police, but also an extreme militarization of its police.

“The nation state [in America], as we know it, is no longer possible, and so a broad international perspective not only helps us to imagine solidarity but to think about what kind of future we want,” Davis said.

After Davis, Kelley revisited the development of the nation state and its efforts to facilitate racial inequality as a “repressive arm” that asserts control through “police power [and] military power,” he said, especially during times of unrest.

In responding to Davis’ comments about dismantling the nation state, Kelley said Davis is “laying out a vision of internationalism, which is in some ways the beginnings of a global vision that focuses on the conditions of the least of us, that creates the conditions of life for working people around the globe.”

“One of the things about this moment we’re in now is that it is deeply international, it’s deeply multiracial, it is broad, and … it builds on a decade of struggles that Black Lives Matter, in particular, has laid out,” he continued.

After Kelley, Johnson spoke about how the rise of authoritarianism and policing in America speaks to the fragility of white supremacy, and how those who support the nation state are reinforcing the “master narrative,” which Johnson described as the belief that the inequalities Americans face are unique to this country. That, however, is untrue, Johnson said.

“Even when you hear people who are liberals talk about, ‘Oh I can’t believe this is happening in our country and everybody is hurting, I can’t believe we’re in these times.’ These times have always been here,” Johnson said. “The only thing that has changed, is again, we’ve had enough.”

Davis added that unlike past movements, especially those that predate the digital era of citizen journalism — the phenomenon in which ordinary bystanders or witnesses to an event can record and share those events through social media — the public reaction to the death of George Floyd has been met with intense and widespread emotion.

“There was something about the witnessing of George Floyd’s last breaths that has become a collective phenomenon. We’ve all been transformed because we’ve all seen the last nine minutes of this brother’s life,” Davis said. “That emotional connection has been very much lacking in our movements prior to the more recent era.”

Davis also said that the feminist intersection of organizing movements for Black lives often goes unrecognized, although the Black Lives Matter movement, along with many others, was founded and run by Black women.

Kelley applauded the efforts of Black women in organizing demonstrations — citing one that took place just outside his house on Beverly Boulevard. “All they have is a face mask,” he said, highlighting the fact that many Black female activists are risking their lives to organize demonstrations in the wake of the coronavirus, which disproportionately affects Black people.

When it comes to leading movements, Kelley said some people still subscribe to the ideology that “what the movement needs is the male leader.” Although people still hold onto that idea, he said, “I think it’s dying.”

As the conversation drew to a close, Kun spoke to the momentum of the ongoing worldwide movements for Black lives and the unprecedented intensity by which society is demanding change. He warned, however, that this intensity will die down, but that it’s imperative to avoid compressing “longitudinal” movements — those that span months or years — into a week of protests, which can damage their longevity.

Davis is impressed with the progress already made by movements for Black lives, and “the extent to which notions of systemic racism, structural racism, institutional racism [have] thoroughly permeated the mainstream.”

“This is an extremely important moment because [the] work that we’ve been doing for such a long time … seems to be reaching a kind of fruition,” she said. “But I’m especially interested in Black Lives Matter — the negative responses that first occurred when the slogan ‘Black Lives Matter’ emerged in the context of the Ferguson protests.”

“So many people were saying, ‘Shouldn’t all lives matter?’ But I think now people are beginning to get it,” she said. “And I’ve seen a lot of signs that say ‘All lives will not matter until Black lives matter.’”

Interesting how the ideas of destroying nation states and creating multiracial societies are only being pushed in majority white countries. Really makes you think.

Pakistan, India, and Bangladesh were once one big nation state. Papua New Guinea has over 600 languages and even more ethnic groups. And then there is Cameroon, now in the midst of destablizing unrest way more intense than anything in majority white countries. Really makes you think.

BLM – brought to you by George Soros