The Daily Nexus
Student Gov
Zoombombing Interrupts Second 71st Senate Meeting in a Row
May 27, 2020 at 11:59 pm by Katherine Swartz and Evelyn Spence

Two weeks into its new term, the 71st Associated Students Senate has still been unable to hold a meeting for the second week in a row, after multiple instances of Zoombombing during both meetings led Internal Vice President Tianna White to end them early. 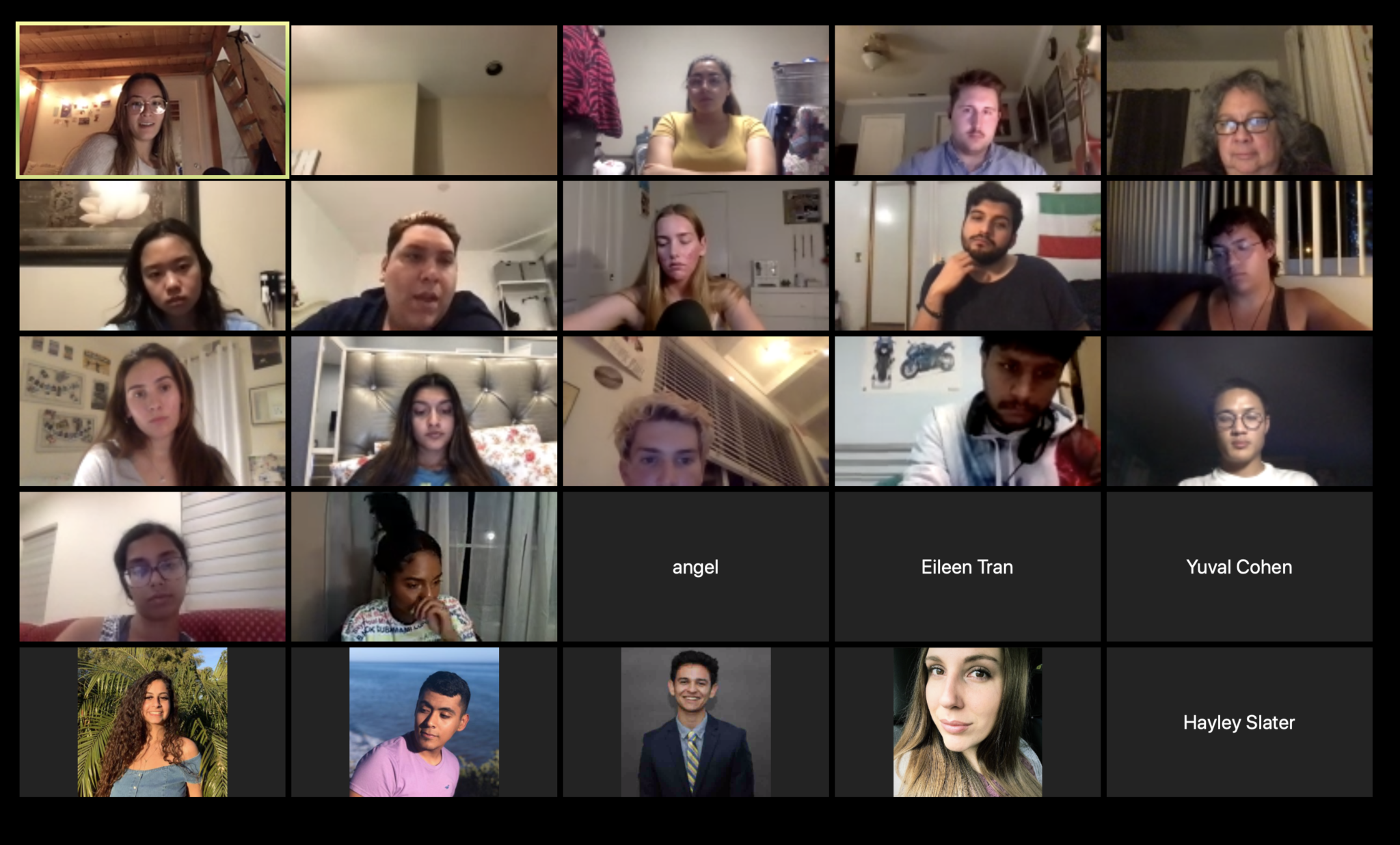 In order to pass the remaining bills — which had to have been tabled for a week before being voted on — the Senate must hold two more meetings before the end of the quarter. The Senate now plans to meet this Friday at 11 a.m. to vote on the agenda for tonight’s meeting, and again on May 3 at 6 p.m. to vote on tabled bills, pending the approval of Dean of Student Life and Assistant Vice Chancellor Katya Armistead to hold a meeting during Week 10.

In a regular Senate term, Week 9 of spring quarter is the last meeting of the year before the summer break; due to Zoombombings, the 71st Senate has not been able to hold a full meeting or vote on any resolutions since the new senators were sworn in.

Tonight’s meeting began just after 6:30 p.m., but was stalled as White had difficulty navigating Zoom during the meeting. After Off-Campus Senator Esmeralda Quintero-Cubillan motioned to approve all 2020-21 year appointments, with the exception of Attorney General Tyler Barth and those within the Internal Vice President’s (IVP) office, a debate broke out about when to discuss the appointments that had not been pushed through.

After running into problems with voting without the Zoom poll feature, White created a new Zoom link to include the feature. However, immediately after participants joined the new link, multiple Zoombombers disrupted the meeting.

In response, White muted all participants’ microphones and created a separate Zoom breakout room for the senators to discuss how to handle the rest of the meeting. As senators discussed options, approximately 40 people remained in the main meeting room, where Zoombombers continued to show obscene photos as their images.

Once senators realized the disturbances were ongoing, White told senators she would make a new link — the third of the night — to be shared only with the senators and Associated Students (A.S.) staff. A.S. Legislative Liaison Holly Mayes then ended the original meeting without warning.

The senators then met for over an hour in a private Zoom call to discuss when to hold future meetings and what precautions should be taken in light of the Zoombombings.

By the end of the last meeting, the senators had thrown around a handful of ideas about how to conduct secure, but public, Zoom meetings. Moving forward, meetings will now be held as Zoom webinars, where only panelists are visible and able to speak, as opposed to anyone in the meeting, according to White. For public forum, individuals will be enabled as panelists when it is their turn to talk, and then will be removed as panelists after speaking in order to prevent future Zoombombings.

To alleviate technical difficulties in executing the new webinar system at the next meeting, senators plan to meet 30 minutes before the meeting on Friday to run through the new format.

During tonight’s private meeting, senators also began working on a public statement to address the Zoombombings and the abrupt ending to the regular meeting. White said the Senate plans to publish the statement tomorrow afternoon.

funny how none of this happened before White became the IVP. she also had a whole week to address this issue and come up with an alternate plan since “zoombombing” was already an issue in the last meeting. seems kinda incompetent

Exactly lol I thought the whole point of ending last weeks meeting early was to figure out the webinar feature to stop zoom bombings. But then she started the meeting a week later with nothing changed?? Incompetence at its peak

so based on this reasoning, every professor who doesn’t know how to deal with zoom bombers during lecture is also incompetent? nah you can’t expect someone to know exactly how to deal with technical difficulties when we just started using this technology regularly this quarter, her job is to make sure senate is a healthy functioning space, her job is not to know the inner workings of zoom, that might be an administrative or tech person job

Yeah but someone doesn’t deserve to deal with such obscenity in the first place. And someone should look into this, I feel these Zoombombings have an ulterior motive.

Anyone got footage of the Zoombombings? Strictly for research purposes of course. It sounds hilari… I mean, disturbing. Also, what’s the motive for this? Frustration with the Senate?