The Nexus has compiled profiles of our current Associated Students (A.S.) elected officials to reflect on their past year in office. Looking back on their campaign platforms, we asked our elected officials to tell us about their successes and shortfalls throughout their terms in office. The term in reviews for the other executives — President, IVP, EVPSA and EVPLA  —  can be viewed at dailynexus.com.

For Andrew Nguyen, the position of Student Advocate General — created in 2006 and the youngest of all five Associated Students executive positions — has been full of surprises and growth. 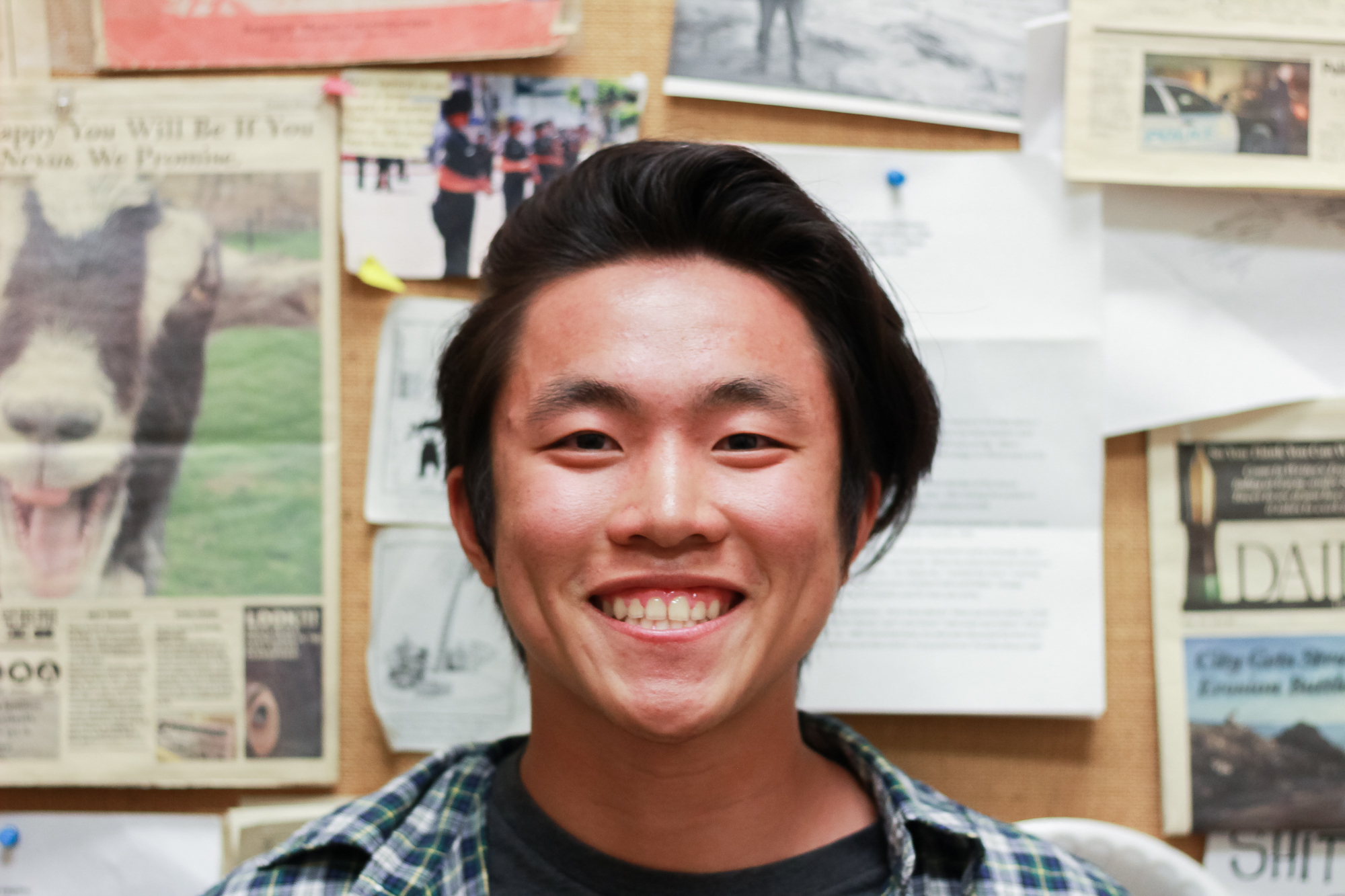 While casework like this is an important part of the job, Nguyen credited Grecia Martinez, his predecessor, with much of his office’s other successes. Max Abrams / Daily Nexus

The Student Advocate General (S.A.G.) is a nonpartisan position that supports and assists students involved in disciplinary action. But beyond the Associated Students (A.S.) Legal Code, the role requires “a great deal of listening” and a willingness for personal connection, according to Nguyen.

Nguyen said the Office of the Student Advocate (OSA), which is required to wait for students to reach out on their own accord before offering help, suffers from a lack of visibility imbued in the position, an element of his office that he has struggled to promote throughout the year.

“S.A.G. is very different from the other A.S. offices. It’s a little more removed from A.S. as an entity,” Nguyen said. “It’s really all for the students, and there’s nothing more rewarding than a student walking out of your office, and them knowing it isn’t the end of the world, and knowing what’s about to happen to them.”

Nguyen acknowledged his lack of experience for the role, calling it something he “worked really, really hard to overcome.” He said he worked to educate himself on the ins and outs of the office through relationships with mentors from A.S. and the Isla Vista community.

He also acknowledged his own personal growth and the empathy that was required of him to properly carry out the duties of the position.

“I was scared, running for this position. I was so scared I was going to mess it up. But then, as I went through the job, I realized that the most important part of it was being really empathetic, and really present,” Nguyen explained.

Unlike other A.S. positions, the work of the S.A.G. is inherently less transparent because it deals with confidential case files. While Nguyen couldn’t discuss specific cases, he said he definitely noticed “a trend in plagiarism cases” throughout the year.

“Usually, if students know they’re guilty, they’ll just bite the bullet, take the punishment,” Nguyen said. But for “students who truly thought they hadn’t plagiarized,” Nguyen and his team were able to take the issue to the faculty member and work out a solution.

While casework like this is an important part of the job, Nguyen credited Grecia Martinez, his predecessor, as helpful to some of his office’s other successes.

“Grecia was amazing,” he said. “She sat down with me, explained so many of her projects, and a lot of these we worked on during my term.”

That included the digitization of case intake forms so future S.A.G.’s can access the database and look up how a particular case was handled in the past for reference, Nguyen said.

He also took Martinez’s advice and decided to drop one of his main campaigning platforms, a school-wide poll to see what services students needed as a whole, which was first suggested by Jack Tannenbaum, the 2017-2018 S.A.G.

“When I talked to Grecia about it, she thought, and I agreed, that the office, since it’s still so new, really needed to focus on outreach first, and not this student-body poll,” he said.

While the poll didn’t work out for the OSA, Nguyen has hopes that other facets of A.S. will continue to work on a similar project to measure students’ needs.

“That type of poll, to see what the student body needs, could be really helpful to any senators, to any office,” he said, adding that A.S. President Alison Sir’s office is working on a project like this.

At the time of the interview, Nguyen said he hadn’t heard from his successor, the 2019-2020 S.A.G.-elect Melissa Perez, but suggested that going forward, she should look towards continuing promoting the visibility of the S.A.G. office.

“That’s a tool a lot of students need. So it would be cool to see her doing stuff like that, to promote the office,” he said.

Nguyen agreed that in some ways, his term in office had failed to bring the necessary visibility to the community outside of A.S.

“This year, I worked on bringing visibility within A.S. because the office is so new that even people in A.S. didn’t really know about it. I did that with the hopes that those people would spread it to their circles, and we would expand the office that way,” he said.

“But I recognize that for people in none of those circles, there is still a lack of visibility. So I hope Melissa can really focus on that.”

However, Nguyen did credit his time and work in the office for successfully building a “very strong, very tight-knit team.”

“Everyone received all the training, everyone was at every briefing. Everyone, including myself, felt the weight of the job. We knew that a student’s future could be on the line if we weren’t doing our jobs properly,” he said.

Nguyen also noted that all of his team members who aren’t graduating plan on staying with the office, provided Perez rehires them.

When he entered the office, Nguyen said only one person from the previous year remained, so he “hired everyone new,” and “really wanted to hire people who were going to stay and love the job,” he said

But even with the efforts of Nguyen’s team, working together during the coronavirus pandemic has been difficult.

“We really just aren’t seeing the case number[s] that we were at school,” he explained.

In addition, court proceedings for academic misconduct cases have been changing due to the pandemic, according to Nguyen, who added that “everyone is trying to proceed business as usual, but doing so remotely, with things like altered deadlines.”

But despite the challenges he faced during his term, Nguyen said he is “eternally grateful” for his time as S.A.G.

“It has changed me in ways I didn’t know were possible,” he said. “It was the most rewarding work I’ve ever done in my life. But it was also the hardest work.”

Reflecting on what he would change about the role, Nguyen looked back to the importance of compassion and empathy that he has learned over the past year.

“I really wish that there would be more of an emphasis on empathy for this role. I know that’s something you couldn’t really put in legal code — it probably isn’t very legal — but just really, for the next person who does this job to know, it demands the most caring individual,” he said. “That’s so important to this job.”