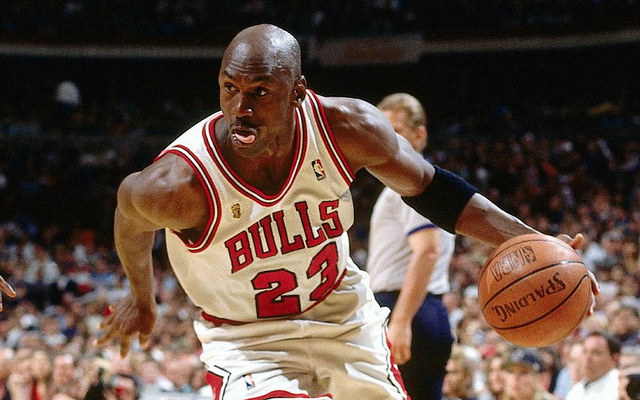 Much like the rest of sports-loving America, my past five Sundays have consisted of a similar routine: grab a pseudo-healthy snack, plop down on the couch for two hours and immerse myself in the world of Michael Jordan.

As a 21-year-old, I never got the pleasure of watching Jordan live; in fact, Jordan’s retirement announcement in 1999 came on the same day I was born. (I’ve been told that my dad and the doctor watched the press conference together.)

Still, my dad grew up in Chicago and instilled in me from an early age the G.O.A.T. status of Michael Jordan. After watching “The Last Dance,” a 10-hour Jordan documentary, it’s difficult to disagree with that notion. Between the abundance of clutch shots, jaw-dropping athleticism and, of course, six rings in eight years, it’s easy to see why so many people crown Jordan as the greatest basketball player ever.

But amid this greatness, the documentary also exposed a dark underbelly — an underbelly that, to me, largely overshadowed Jordan’s accomplishments.

In every single episode, we saw shots of Jordan berating, intimidating and bullying his teammates. At one point, we even hear about Jordan literally punching Chicago Bulls teammate Steve Kerr. It’s easy to excuse these actions as “the cost of winning,” which is what Jordan himself essentially states at the end of Episode 7.

To me, that’s a gross oversimplification. Michael Jordan is possibly the most talented, hard-working basketball player in the history of the game — he’s the exception, not the rule. This leadership style worked for Jordan because of his talent and determination, but I would argue that the Bulls won in spite of Jordan’s leadership rather than because of it.

Even if you believe Jordan’s leadership willed the Bulls to six championships, it’s impossible not to look at the detrimental effects of his style. In the 90’s, ads aired that told people to “Be like Mike.” Young children were taught that this alpha, brash mentality was needed to become a champion.

The problem? No one else in the world has Michael Jordan’s talent.

I’ve seen the effects of this misconception my entire life. Growing up playing competitive soccer, our best player and self-appointed captain made it a point to berate players for their mistakes. Unfortunately, this leadership style doesn’t work for everybody. I remember games where I would play scared, afraid to make a mistake and receive the shouting and cursing that would follow — instead of playing to succeed, I was playing to not screw up.

Even when this player would offer legitimate critiques to my game, I would tune him out, associating any feedback with his demeaning words. To be clear, we were a relatively mediocre team, and this player was far closer to Jordan’s Bulls teammate Bill Wennington than to Jordan himself. Coming from him, criticisms rang hollow far more often than not.

It’s also important to point out that more compassionate leadership styles have a proven track record of success in the NBA. Tim Duncan, Stephen Curry, Dirk Nowitzki — the list goes on and on. These are players who have held their teammates accountable, but did so in a way that encouraged them rather than deterred them.

One of my favorite parts of playing volleyball in high school was the emphasis on positivity — a stark contrast from basically every other sport I played. Our program even had a rule: no negative comments. Unsurprisingly, our teams consistently overachieved. What our teams lacked in talent, we made up for in attitude and an all-for-one, one-for-all approach.

So yes, applaud Jordan for his heroics, for his accomplishments, for his determination and for his resolve. It’s highly unlikely that any other player will win six rings in eight years ever again.

But don’t praise Jordan’s self-aggrandizing, intimidation-based leadership, or excuse it as “the cost of winning.” In doing so, we encourage people to adopt a problematic, bully-esque style of leadership.

Brandon Victor
Brandon Victor serves as a 2020-2021 sports editor. He has covered men's tennis, men's soccer and women's basketball in his three years at the Daily Nexus.
3 Comments
Inline Feedbacks
View all comments

GOAT status? You’re a moron. Please do journalism a favor and don’t ever write another article ever again.

Hey Brandon – I loved the article. As a former D1 and professional basketball player, all of these things you mentioned run true. The myth of the greatness of Michael Jordan is much stronger (if not eclipsing) than the ability for people to critique his shortcomings. In the eyes of American exceptionalism, he fits the typical mold of who our leaders have always fallen for, even if there is a way to get the same result without the friction. Continue to follow your gut in speaking on topics like these, it takes a real leader to write this.