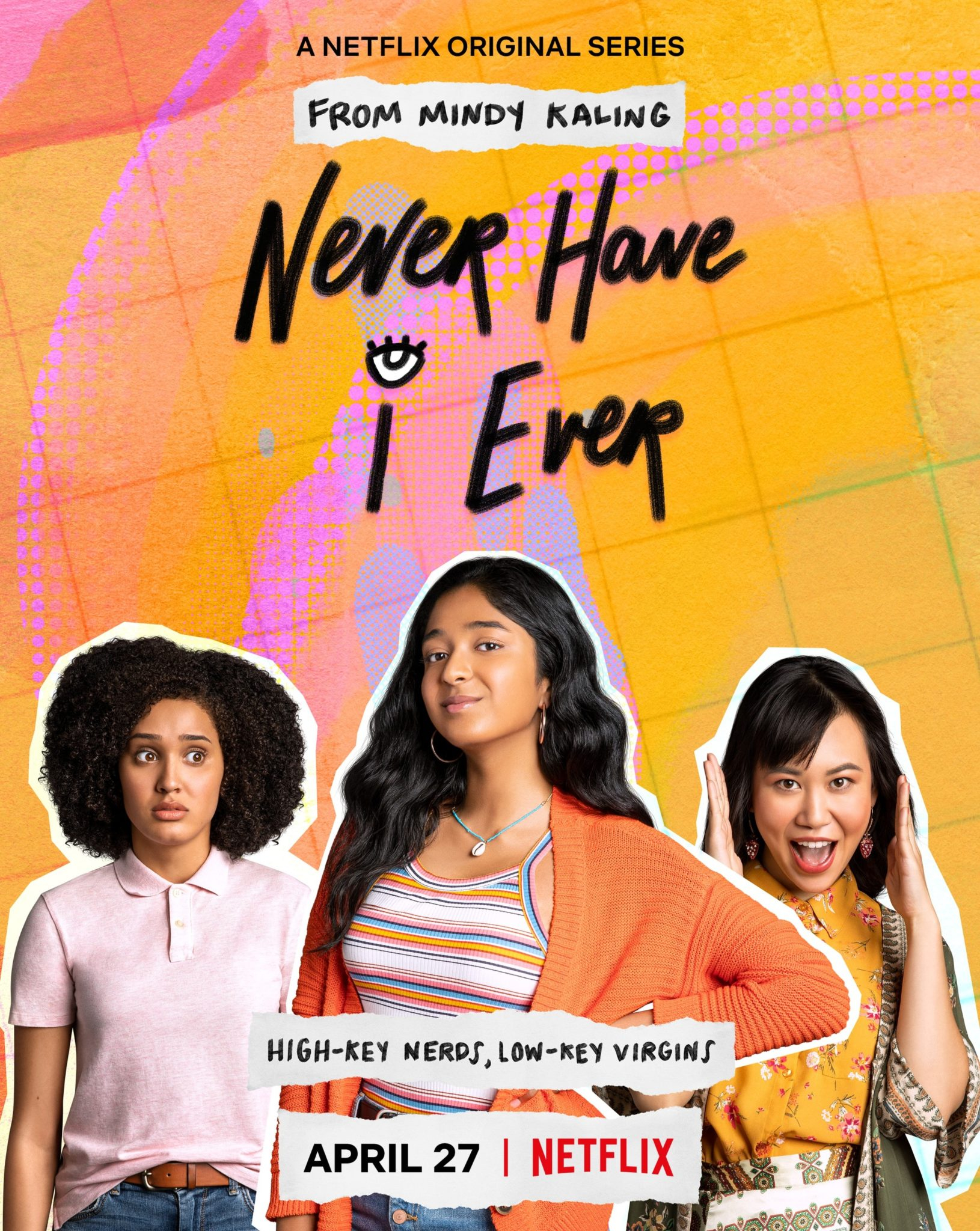 Don’t be fooled by the title. While “Never Have I Ever” may sound like an otherwise banal and dry teen show from the name, the show presents so much more for the representation of women of color in television and a fresh realistic storyline for a culturally diverse audience. Each episode’s title is clever, as it starts with “Never Have I Ever” and ends in a hint as to what tumultuous conflict will come to fruition in the next episode. As a half-Indian viewer, I was intrigued to see how the show would represent Indian culture — particularly Indian stereotypes that have pervaded media culture in the past. Would this show extend beyond the nerd stereotypes that suffuse Indian culture? The answer is not simple, but one that is craftily developed by popular Indian-American creator Mindy Kaling, who based the show loosely on her own childhood.

The pilot season consists of 10 thirty-minute episodes, which turned out to be a good condition for a five-hour binge-fest on my sofa. The show is definitely geared toward younger audiences, as the characters are all in high school and the plot revolves largely around a teen romance between 15-year-old main character Devi (Maitreyi Ramakrishnan) and jock Paxton Hall-Yoshida (Darren Barnet). While this seems like an otherwise familiar coming-of-age storyline, the show challenges the topic of lust based purely on attraction, something refreshing to see in a young-adult comedy. The conversation about Devi’s impending loss of virginity is thrown into disarray between Devi’s own inner-reluctance and constant surveillance from Devi’s mom (Poorna Jagannathan). While this comedic element consumes the plot, other dilemmas in the show confront grief in the loss of Devi’s father, her sudden paralysis and the comeback into her sophomore year with her two best friends Eleanor (Ramona Young) and Fabiola (Lee Rodriguez).

Ramakrishnan’s breakout performance as Devi brings a unique spark to the show, as her wit, intelligence and humor are coupled with her endless deflection of the loss of her father, until she reaches an emotional break. Her sought-after vision is to live a normal teenage life, which is disrupted by the harsh parenting of her mother, which allows Indian viewers to relate to the strict but loving parenting style of Indian parents. However, Devi’s mother proves to be a multi-dimensional character as well, whose choices are understandable from her own emotional trauma. Devi’s life events are humorously and uniquely narrated by tennis legend John McEnroe, which might seem odd at first, but is later justified in the show’s storyline.

Other notable characters include Devi’s goody-two-shoes cousin Kamala (Richa Moorjani), who is portrayed as the “beautiful” and “innocent” member of the family, a doctorate student at CalTech who is hesitantly preparing for an arranged marriage. While Devi is constantly sparring with her family, she soon realizes that her rejection of Indian cultural norms is something she shares with Kamala, more than she may initially realize.

Her wealthy academic competitor Ben (Jaren Lewison) is originally depicted as an antagonist who will do anything to one-up Devi, but a character who sweetly turns out to be one of Devi’s greatest allies and who faces adolescent battles of his own.

Devi’s best friends Eleanor and Fabiola rightfully get their own minor storylines, weaved in seamlessly to the challenges high schoolers face in regards to family and sexuality. These plot points sometimes clash with Devi’s own self-absorbed attitude, which contributes to major highs and lows in their collective friendship. In a way, the show serves as an enlightening awakening in each of the three friend’s lives.

In regards to Indian culture, “Never Have I Ever” may have some eye-roll moments for Indian audiences, especially in the reference of Priyanka Chopra as the epitome of “Indian beauty” multiple times in the series. Similarly, the characterization of Devi as the stereotypical sexually undesirable geek is a bit tiresome to see in such a diverse show. However, the charming moments present in the series definitely outweigh the Indian-American references crafted to appeal to the Americanized gaze.

Overall, “Never Have I Ever” may westernize some elements of Indian culture but stands out in its portrayal of its main character: Devi adapts from an insecure high school teenager to a bold and risk-taking young adult. Devi’s ethnic background is an essential part of the show in how it shapes Devi’s shifting attitudes and uprise against omnipresent tradition. The show applies truthful elements of malicious behavior that stem from growing up and confronting our own inner demons, whether it’s an absent family in Ben’s case or the acceptance of loss in Devi’s. The series ends on an enlivening note in the neglect of fulfilling a perfect teenage fantasy in favor of growing to accept the reality of what makes us happy in our individual lives.