Striking UC Santa Cruz teaching assistants announced in an email on Monday that they will submit withheld final grades from Fall Quarter 2019 and Winter Quarter 2020, following months of protests against the UC system for a cost-of-living adjustment for graduate students. 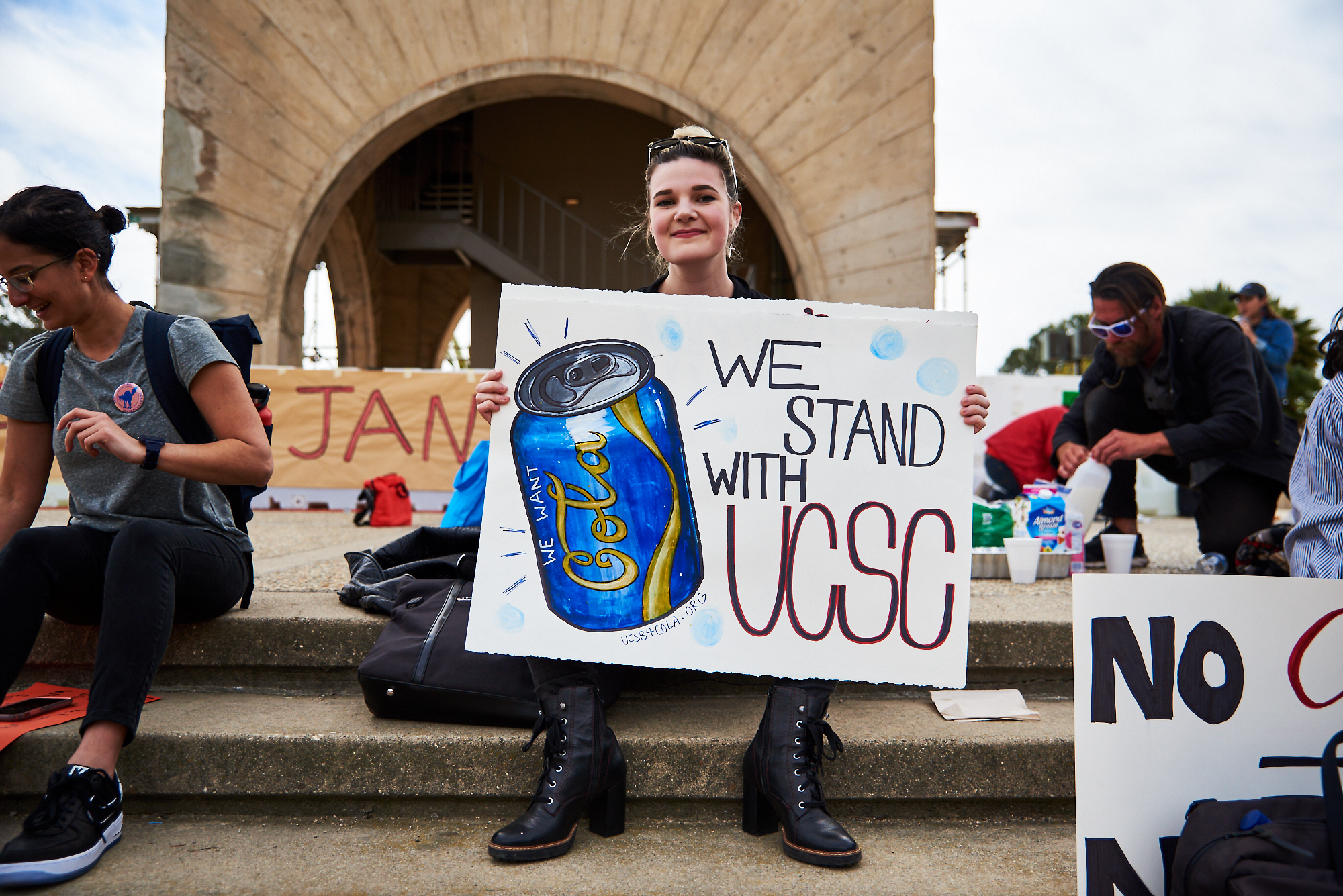 The decision to submit student grades follows a policy change from the UCSC administration on April 10, which stated that all missing grades would change automatically to a “Pass” on students’ transcripts, meaning every student with missing grades would pass the class but not receive a letter grade.

All missing grades will change automatically to a pass grade on May 1; after “Pass” grades have been entered, instructors have a year to change them to letter grades, according to a statement by the UCSC Committee on Educational Policy (CEP).

UCSC graduate students launched the cost-of-living adjustment (COLA) movement in the fall, asking for a proposed monthly stipend of $1,412 to supplement teaching assistants’ (TA) salaries in the face of rising housing prices. Although the movement comes after years of organizing around the issue, UCSC graduate students officially went on a wildcat strike, meaning action without union support, on Dec. 9, 2019. Until now, they have refused to upload grades.

“The administration has shifted the burden of missing grades from themselves and onto the undergraduates it purports to care for and educate. We cannot allow this,” Gilichinskaya said.

“I think that some of the students work really hard and really care about getting an A or getting a B. And so taking that away from students who have those grades when we have them, I think is unfair,” Gilichinskaya said.

In exchange for submitting withheld grades, some graduate students who were dismissed from TA positions for spring quarter will be “considered for future appointments,” but Gilichinskaya said there are no guarantees of reinstatement.

With UCSC graduate students now submitting grades before May 1, striking UCSB graduate students are the only grade withholders left in the UC system. UCSB went on full strike on Feb. 27,  meaning TAs ceased teaching and grading.

UCSC graduate students are beginning to shift from withholding grades to pushing for UAW’s support in striking against Unfair Labor Practice (ULP) charges, which are filed to the state when an employer or union violates the National Labor Relations Act.

Alleging that UAW supported wildcat strike efforts and failed to take action to end the strike, the UC Regents filed a ULP against UAW. Subsequently, UAW filed two ULPs, alleging that the UC has committed multiple unfair labor practices in its response to the COLA movement, including failing to negotiate for a COLA with the union while instead bargaining with individual graduate students and groups.

As opposed to the current wildcat COLA strikes, potential backing from UAW in a strike against ULP charges would guarantee protections for striking graduate students, according to a statement published on April 1 by UCSC COLA.

“These protections are necessary certainties in these uncertain times. They will allow us to strike against the university with the full weight of our statewide union behind us,” the statement read.

A UAW-sanctioned strike would also shift the burden of withholding grades away from two campuses — UCSC and UCSB — toward a UC-wide approach at the union level by creating a system-wide strike, according to Gilichinskaya.

UAW’s bargaining team is in the process of obtaining signatures to allow a vote to decide on whether to strike over the ULP grievances. TAs across the UC system are phone banking to help collect more signatures for the vote and , as of Monday, have obtained over 2,300 of the 5,000 in-unit signatures needed, according to Gilichinskaya’s email.

Gilichinskaya said that grade withholding in future quarters will continue if a ULP strike is to occur, but until then, graduate students are losing their “biggest leverage” in the COLA strikes against UCOP to demand a living wage.

“Grades are what the university cares about. It doesn’t care about the quality of the education. It needs the grades for the bureaucracy to smoothly function,” Gilichinskaya said.

Ultimately, Gilichinskaya said that due to the coronavirus pandemic — and the switch to remote learning that came with it — the COLA movement lost vital momentum that came from in-person picket lines. But she foresees “statewide massive withholding of teaching and grading labor” in the event of a union-sanctioned ULP strike.

“A lot of people lost their second and third jobs. A lot of people weren’t as confident that they could risk their employment and their health insurance in the midst of a pandemic,” Gilichinskaya said.

“So this leverage sort of didn’t have as much strength just because we didn’t have the numbers at the end of winter quarter.”

Time to fire them all.

Fucking BRILLIANT strategy from UCSC!!! Hopefully it’ll shift to the rest of the system and the TAs will either be fired, or more preferably get back to work