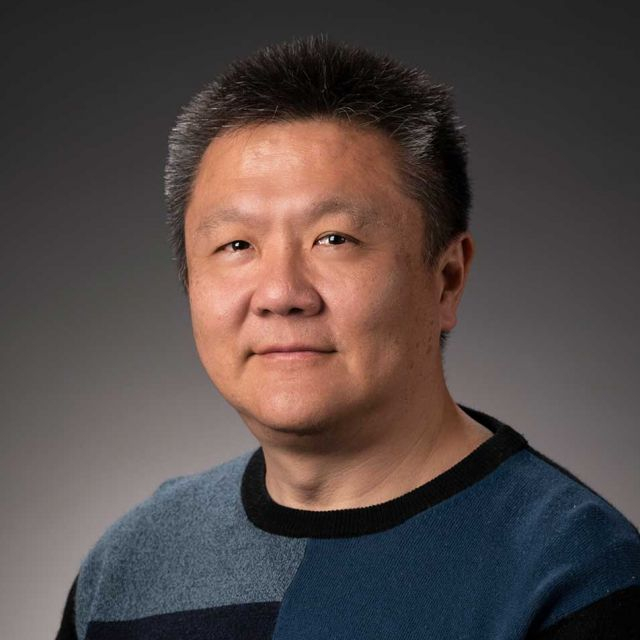 He is currently conducting research at UCSB on virus-host interactions with a focus on the measles virus and has agreed to use his expertise to explain the intricacies of COVID-19, caused by the virus SARS-CoV-2.

Leon Liu (LL): How does the infectionability of COVID-19 compare with that of other diseases?

Dzwokai Ma (DM): Scientists use R0 (the average number of secondary cases that results from one infected person) to describe how contagious and infectious a pathogen is. So far, most studies suggest that SARS-CoV-2 has an R0 of 2-3 (with one exception reporting a much higher value 6.5). This value is higher than seasonal influenza viruses, (R0 is 0.9 to 2) but lower than some most infectious viruses such as measles virus (R0 is 12-18) or polio virus (R0 is 5 to 7).

LL: Why are so many people with COVID-19 asymptomatic carriers? Why do symptoms vary so much from person to person, and how do symptoms reflect what the virus is doing to people at the molecular level?

DM: Many viral illnesses display variable symptoms among people, depending on the individual’s susceptibility. With that said, the symptoms associated with SARS-CoV-2 can vary dramatically from very mild (or even no symptoms at all) to very severe, life-threatening conditions. It is currently not known what causes such drastic variation and some experts think that the answer may lie in our genes. These asymptomatic (together with pre-symptomatic) carriers pose a major challenge to disease control since emerging evidence suggest that they can easily pass the virus to others.

Mild symptoms of the SARS-CoV-2 virus include dry cough, fever, and fatigue. However, if the virus starts to attach to the lower respiratory structures, it will cause more damage to the lungs and inflammation will become more pronounced. The combined damage caused by the inflammation and infection will result in the buildup of debris and fluid between the capillaries and air sacs of the lungs, inhibiting the movement of oxygen from the air sacs to the red blood cells in the capillaries. The lack of oxygen in one’s blood will cause shortness of breath and, in severe cases, acute respiratory distress syndrome (ARDS). ARDS carries a high mortality and people who survive often have some degree of permanent lung damage. In addition to the lungs, the virus can also affect other organs such as the heart and kidney. It is unknown at this moment whether the SARS-CoV-2 infection may have any long-term health impact on those who have minimal or mild symptoms.

LL: Why are there such large variations in incubation periods for the virus among different people?

DM: The incubation period of a given respiratory viral illness typically spans a few days. Variation in this period is caused by a combination of several factors such as the dose and route of initial viral inoculation, and subsequent interaction with the individual host. Although the 2-14 day incubation period reported for SARS-CoV-2 spans a wide range, it should be pointed out that 14 days represents the longest predicted incubation time. A recent published study from a larger data set argues that SARS-CoV-2 actually has a mean incubation period of 4.9 days, which is similar to those for SARS-CoV (severe acute respiratory syndrome coronavirus) and MERS-CoV (middle east respiratory syndrome coronavirus).

LL: What does it mean to “flatten the curve” and why is it so important for us to do so?

DM: As mentioned earlier, SARS-CoV-2 is more contagious than most influenza viruses.  In addition, most experts agree that it also has a higher fatality rate compared to influenza. Thus, a sharp increase of infected cases within a short period of time will exhaust medical resources, ultimately leading to a significantly higher mortality rate.  Many people feel that this may explain, at least partially, the significantly higher COVID-19 death rates in several European countries compared to the global average. Thus, slowing the virus’ spread (i.e. flattening the curve) means that fewer people need medical assistance at any given time, which could save many lives.

LL: To what extent are social distancing practices working in helping [to] limit the spread of the virus?

DM: The R0 value mentioned above is situation-dependent. The risk is higher in closed environments and densely populated areas. For SARS-CoV-2, the two known major routes of transmission are via respiratory droplets (produced when the infected person is coughing or sneezing) and contacts (direct contact with an infected person or indirect contact with the contaminated surface), both of which can be greatly reduced by practicing social distancing and staying at home. Available data from many countries, including the United States, have strongly supported the effectiveness of practicing social distancing to slow the virus’s infection rate.

LL: When do you believe the “turning point” of the outbreak will be in the United States? For the rest of the world?

DM: This is a difficult question to answer since it depends on many factors, including the effectiveness of preventative or confinement measures, development and availability of drugs and vaccines, hospital capacity of a community, potential mutations of the virus itself, etc. In addition, different regions of the world, and even different parts of the United States, are likely to reach the peaks at different times. This trend has already been observed in Asia and Europe.

LL: How are vaccines created and tested during the emergency situations of a viral outbreak?

DM: Vaccines can be created from attenuated or inactivated viruses, viral proteins or peptides, or viral nucleic acids … The nucleic acid based method can be done quickly; a company called Moderna Therapeutics has utilized the RNA-based design, and developed a putative vaccine against SARS-CoV-2 for human trials less than 2 months after the release of [the] SARS-CoV-2 genomic sequence. In addition, many companies in the world are working aggressively to develop other SARS-CoV-2 vaccine candidates.

Typically, the development of a vaccine goes through different phases including the exploratory stage (initial design in the basic research laboratory), pre-clinical stage (safety and immune response tests in animals), Investigational New Drug application stage (procedure review by FDA, US Food and Drug Administration), clinical trial stage (evaluations in human subjects), and approval/manufacturing stage. Due to the COVID-19 pandemic emergency, FDA and EMA (European medicines agency) held a joint meeting in March with the hope to streamline the regulatory process and facilitate accelerated vaccine development.

LL: How long do you believe it will be until a vaccine for the SARS-CoV-2 virus is synthesized?

DM: Historically, the development of vaccines takes many years. With modern techniques, this process may be shortened, but accompanied with significant variations. For example, it took less than a year for the first swine flu vaccine to be available, but 20 months to develop an SARS vaccine for its first clinical trial. Dr. Anthony Fauci, the director of the National Institute of Allergy and Infectious Diseases, estimated that it will take 12 to 18 months to develop a vaccine against SARS-CoV-2. However, many states allow the use of convalescent plasma, which contains the antibody against SARS-CoV-2, to treat COVID-19 and the preliminary results are promising.

LL: Which medications have demonstrated success in countering COVID-19?

DM: Based on my understanding, there is no “definitive” evidence for the effectiveness of any drugs in the treatment of COVID-19, which would require a large-scale double-blinded study. However, an initial multinational study with remdesivir, a drug known to block the replication of some coronaviruses, shows a promising result in treating patients with severe COVID-19. There have been split opinions regarding the effectiveness of chloroquine or hydroxychloroquine on COVID-19 patients.

LL: Is there any evidence that COVID-19 will exhibit seasonal variance like influenza? How do epidemiologists even answer a question like that to begin with? Will we have to wait until summer before we know or is there a more clinical and less statistical way to ascertain this?

DM: Coronaviruses represent one major agent of the common cold and they generally prefer a cooler and drier climate. Thus, some experts predict that SARS-CoV-2 will exhibit seasonal variation like influenza viruses. However, since SARS-CoV-2 is a novel type of coronavirus, it is a bit too early to say with certainty how much the warmer weather in the summer will impact the spread of COVID-19. Recent surge in the number of confirmed cases in Singapore, where the temperature has been in the range of 80 to 90 degrees [Fahrenheit], indicates that the warmer weather alone might not be sufficient to slow the spread of SARS-CoV-2.

LL: COVID-19 is likely to have gone through an intermediary before being transmitted to humans. How does cross-species infection work? What makes COVID-19 transmissible to so many species?

DM: The current consensus is that this RNA virus originated in bats and was probably transmitted to humans via one or more intermediate hosts. Due to the high mutation rates associated with RNA viruses such as SARS-CoV-2, intermediate hosts provide an environment for these viruses to evolve into more transmissible forms for human infection. A recent study suggests that pangolins may have been one intermediate host for SARS-CoV-2. Given that the spike proteins on the surface of coronaviruses play a key role in the invasion of host cells, researchers compared the amino acid sequences of spike proteins from SARS-CoV-2 and other coronaviruses found within bats and pangolins. Interestingly, they found that the SARS-CoV-2 spike protein is more similar to the pangolins[’] coronavirus than the bat coronavirus.

LL: What policy measures with regards to public health do you think should be put in place in order to prevent another pandemic of this magnitude in the future? Is there a consensus among experts regarding what these should be? If not, why is that the case?

DM: Abundant preparation in advance and quick targeted responses during the early outbreak can go a long way to prevent another pandemic of this magnitude in the future. It would be helpful if we could discuss and adopt a nationwide plan for how to quickly identify those at a higher risk (e.g. integrating recent travel history into the health system), conduct mass screenings and effective contact-tracing/quarantines, strategically allocate medical resources, and adequately supply protective equipment.

I took Professor Ma’s cell bio class. It was difficult as hell but I learned a lot. This article was super informative, clear and easy to understand. Thanks Daily Nexus & Professor Ma!