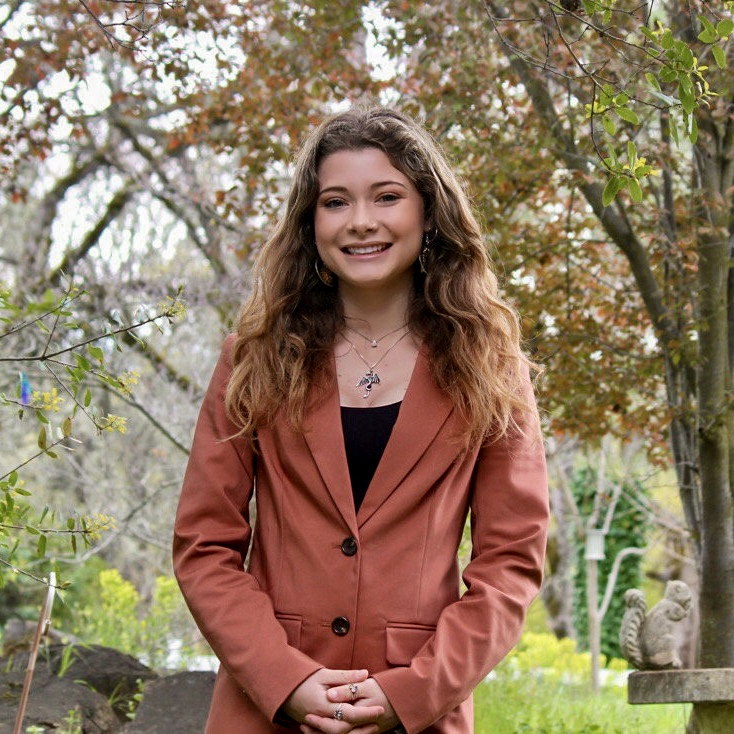 Reynolds believes that her legislative, lobbying and leadership experience with Students Against Sexual Assault (SASA), among other organizations, gives her the edge over her Campus United opponent, Beau Karnsrithong, a second-year environmental studies and film and media studies double major. The Nexus agrees.

While Karnsrithong and Reynolds both said in their endorsement interviews that they hope to take advantage of the lobbying process and fight for legislation that supports student needs, Karnsrithong has no personal lobbying experience and lacks his opponent’s fluency in drafting legislation and reviewing policy. This is imperative, as the duty of the External Vice President for Statewide Affairs (EVPSA) is to represent student needs on the UC, state and federal level through means such as lobbying.

Furthermore, Karnsrithong struggled to answer basic questions about major student issues, including those about Title IX and even what the role of the EVPSA is. He did not seem to have any concrete platform points that he wanted to accomplish if elected, nor an understanding of what exactly an executive position demands of an individual.

Frankly, the Nexus does not believe Karnsrithong is a competitive candidate, particularly juxtaposed with Reynolds, who has done a lot of advocacy work outside of A.S. already.

The Nexus was impressed with the depth of Reynolds’ platform points, as her well-planned and thought-out approach makes achieving her goals more likely if elected.

Having worked on a number of bills with Senator Hannah-Beth Jackson, the representative for Santa Barbara County in the State Senate, Reynolds’ legislative experience adds to her ability to advocate for student needs and would aid her in achieving her main goals as EVPSA: providing basic needs for all communities, providing equitable financial aid, increasing funding for mental health resources on campus, protecting survivors’ rights and lobbying for policies to diversify the UC Board of Regents.

During her sophomore year, Reynolds expanded her background with legislation and policy when she joined SASA as a policy analyst. There, she organized UC Santa Barbara students’ lobbying efforts against United States Secretary of Education Betsy DeVos’ proposed amendments to Title IX.

Because the Department of Education is currently reviewing Title IX, Reynolds believes “it’s extremely important that survivors, and all students who could potentially become survivors, are protected from regulations that could detrimentally change the course of their cases and their lives.”

If elected, she plans to make use of the EVPSA’s statewide advocacy platform and her lobbying experience to fight for survivors and “uphold Obama-era Title IX policies.”

While Karnsrithong and Reynolds both agree that Title IX is not effective in its current form, Karnsrithong’s only experience with its policies come from his training as a resident assistant, and he was unable to speak specifically to what changes in Title IX policy needed to be made.

While Reynolds does not have previous experience working inside the EVPSA office, she has worked closely with the office and Lobby Corps to host SASA’s first-ever Sexual Assault Awareness Month last April. During that month, she used her legislative experience to explain bills pertaining to sexual assault to students who signed up to lobby.

Reynolds became SASA’s president and UCSB director during her junior year. In her new roles, Reynolds worked to increase awareness about sexual assault and gender bias by organzing summits and town halls — many of which were scheduled to take place in April, which is Sexual Assault Awareness Month, and have now been canceled due to the coronavirus.

Through her involvement with SASA, she also helped create Isla Vista’s first-ever survivor resource center in October 2019, the product of a partnership between the Isla Vista Community Services District and Standing Together to End Sexual Assault (STESA).

Reynolds is also experienced with the UC Office of the President (UCOP) and the UC Student Association, necessary for the role of EVPSA, who is required to meet with the UC president on behalf of the student body frequently. She currently serves as UCSB’s undergraduate representative to the Title IX Student Advisory Board. Altogether, her history of working directly with the UC Student Association and the UCOP speaks to her qualifications for the position.

In terms of basic needs, Reynolds plans to lobby for legislation that would push the UC to provide better mental health services for students. She also plans to expand the role of Counseling and Psychological Services (C.A.P.S.) and the Campus Advocacy Resource & Education Center (C.A.R.E.) through increased funding and a “more diverse staff.”

Reynolds also hopes to alleviate food insecurity by working with the A.S. Food Bank and lobbying for legislation that provides support to those who are food insecure.

“We’re all fighting for these basic needs as college students. And there shouldn’t be the fact that we have to have certain communities fight harder for them,” Reynolds said.

Reynolds hopes to uplift marginalized groups by facilitating direct feedback from them but maintains that she would not speak on their behalf.

“I think prioritizing not only marginalized communities that are very visible in the community, but also ones that may be less visible, like the undocumented students at UCSB, is important,” she said.

In order to maintain transparency within the EVPSA office — something that Reynolds believes the current EVPSA, Daevionne Beasley, could have done better — she plans to hold town hall-style events where students can come together and hear about the work the EVPSA office is putting out.

Due to the nature of the EVPSA office’s budget, Reynolds wants to publicize the office’s expense reports, as “students should know exactly where their student fees are going.”

Looking at Reynolds’ work so far, it’s clear that as EVPSA, she would have the experience and drive to continue advocating for students, albeit with a much larger platform.

“My passion for students’ needs and for elevating students’ voices is instrumental in this work,” she said. “I don’t think you can do this type of work without having that passion.”

Had Karnsrithong waited an extra year to run for EVPSA and taken the time to hone the skills necessary for the role, he could have been a strong contender. But this year, that is not the case. For the 2020-21 EVPSA term, Reynolds’ qualifications speak for themselves, and the Nexus is certain that she’s the right candidate for the job.

Update: The Nexus has replaced the portraits done of each candidate with their self-submitted headshot. We heard concerns about the portraits not accurately reflecting what the candidates look like and will actively work to ensure that this will not happen in the future.

There’s no one more qualified to lead the EVPSA office than Alia & her work is SO inspiring!

omg ! I always see this girl on social media advocating for survivors so good for her !

im gonna have to agree with you here, nexus

So so deserving! I can’t wait to see what she can do as EVPSA!

Could u have been any ruder to Beau..