In an effort to help UC Santa Barbara students gain sales experience and compete in a growing job market, one UCSB fourth-year student launched, through the UCSB Vendition Sales Society, the UCSB Collegiate Sales Certification program — the first of its kind at the university. 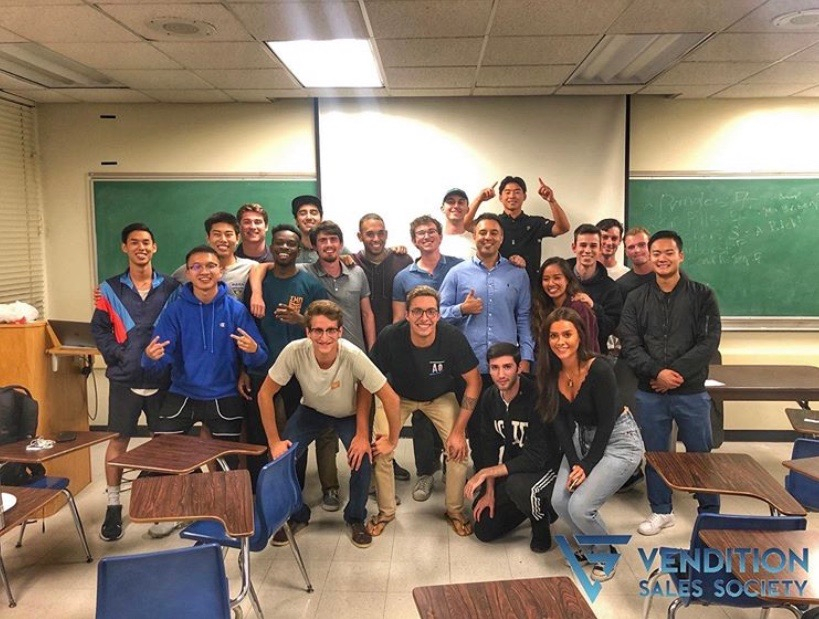 History of public policy and law major Trent Waltz said he came up with the idea for such a program while he was interning at the Vendition Sales Society (VSS), a nonprofit national collegiate club for students interested in a sales career. Waltz, who is the co-creator and head of the organization’s UCSB chapter, said that the club’s main focus is to run sales events that include guest speakers and panels. VSS also hosts instructional workshops and invites spokespeople from companies like Procore and Tesla, who speak to students about what it’s like to work in sales after college.

However, while the club offers a number of resources, Waltz explained that the program’s singular goal is to help “fellow Gauchos get a foot in the door in an increasingly competitive job market.”

While interning for VSS this past summer, Waltz met the people who would soon work with him to bring his idea for the Collegiate Sales Certification (CSC) program to life. These other interns went on to set up CSC programs at their own schools too: UC Berkeley student Michael Williams became head of the UC Berkeley chapter, Shannon Chau, head of the Cal Poly San Luis Obispo chapter and JennaRae DeMaio, head of the San Diego State chapter.

Waltz said that he is adamant about making sure that all of the program’s events hold a purpose and provide helpful tools and information to students. But in terms of obstacles, exposure and consistency are big ones, he said.

“Being that [this] is a new campus org … having that momentum is so key to really keeping a club going,” Waltz said.

The coronavirus pandemic, however, has put a hold on the club’s meetings and workshops. To accommodate this change, Waltz said that he and his team are working to adapt the in-person workshops that were scheduled for spring into an online format.

According to Waltz, the program functions on three main pillars: structuring an opportunity, salesforce certification and cold-calling tactics. The first focuses on creating sales opportunities, invoking responses and cadence structure — using language to convince customers to open up, creating an opportunity to make a sale.

The second pillar entails creating a new contact and taking them all the way from new lead to opportunity and close.

The third pillar is the cold-calling skill, where students practice nearly 200 cold calls to familiarize themselves with the process.

Because the program is designed for students to pick and choose what modules and workshops they want to complete, they “don’t have to do the entire thing,” Waltz said, adding that modular learning eliminates the hassle of having to sit through workshops that aren’t of interest.

“I want this club to be something that can benefit the entirety of the UCSB student body. My vision [is to make] sure that us Gauchos are that much better prepared to go out into the real world and have that competitive edge,” Waltz said.