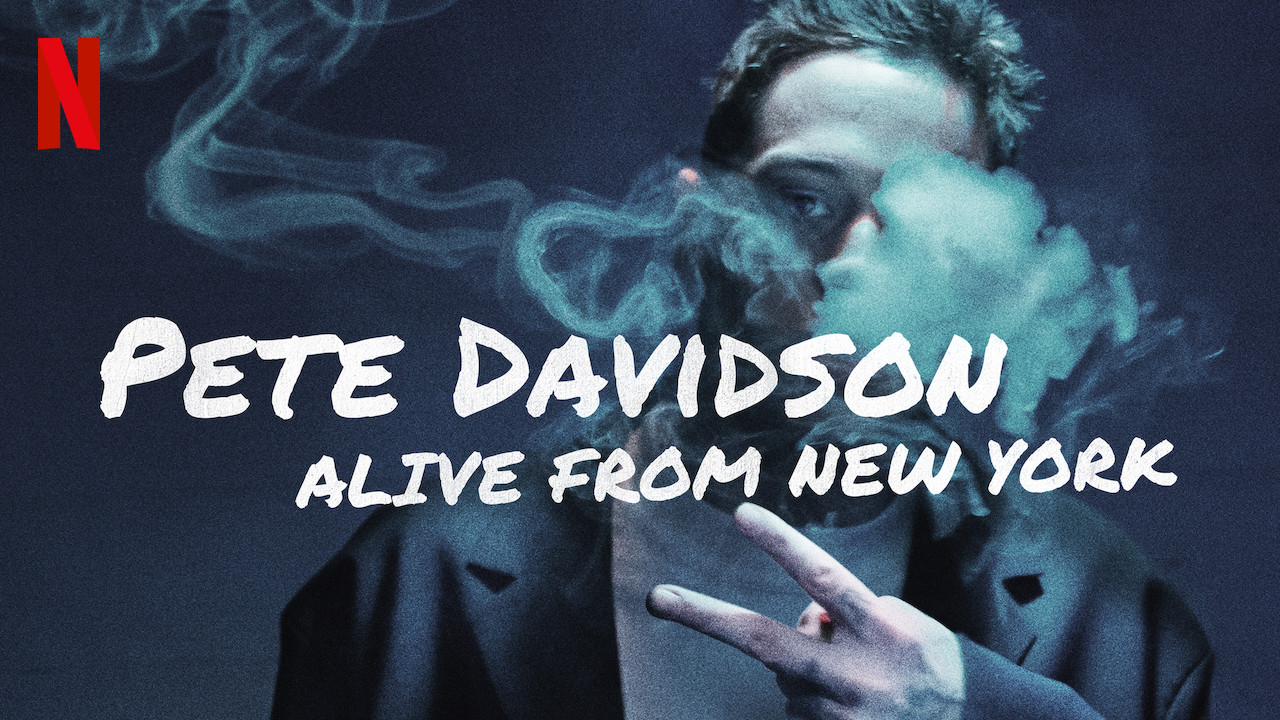 Courtesy of New on Netflix

In his new Netflix comedy special  “Alive From New York,” Pete Davidson is, in a couple of words, over it. In a roller coaster ride of show, he takes (retaliatory) shots at ex-girlfriend, pop star Ariana Grande, shares an eyebrow-raising encounter with Louis C.K. and provides a more blunt response to the infamous Dan Crenshaw debacle that went down at “Saturday Night Live” last year. He’s brash, irreverent and pretty damn funny; it’s obvious that he has major issues, but you also know he’s willing to take jokes pretty far to make you laugh.

Now, if you’ve ever laughed really hard at someone else’s joke and immediately looked up in concern for their mental health, you have a good idea of what it’s like to watch Davidson in action. It’s an experience all on its own watching Davidson struggle not to burst out into giddy, psychotic laughter between jokes (usually just barely catching himself). You feel like reaching through the screen to give him a hug and make sure he doesn’t hurt himself.

Davidson isn’t quite as hilarious as I expected him to be, but he is pretty funny, and also happens to be very likable. Even after years of working at “SNL” and doing stand-up, he comes on stage with the giddiness of a new comic as his eyes dart around the room and his giggles roar into the mic at his own jokes. It can be off-putting to some, but it makes him come across as at least more authentic. If a joke doesn’t land, he just shrugs his shoulder and moves on, delivering the next punchline. His upfrontness, alongside his gruff New Yorker “I don’t know what’s going on” voice, happens to be pretty disarming and enjoyable to watch.

Davidson is also very open about his struggles with mental health. His father was a firefighter who died during the 9/11 terrorist attacks at Ground Zero, a loss that profoundly affected him as a kid. In a recent interview with Charlamagne tha God, Davidson talked about how important it is for him to be upfront about his darker periods, where he’s known to hurt himself and go on depressive episodes. His bluntness is a trait he carries on stage, making no effort to hide the fact he lives a life wracked by anxiety. Watching him be this real with his audience is impressive, and maybe even a little scary.

To a generation that greatly values authenticity, Davidson’s voice may very well be one of the more sane ones to rise up. The smirk with which he dishes out petty stories and his constant giggling makes it clear that he’s having fun with this whole thing and proves that he does have a voice to contribute to the national conversation around him. This stand-up special is a chance for Davidson to respond and to take shots at people who have annoyed him in the past. It can come off as sloppy at times, but it’s got some really funny moments, and if you’re at all curious about the guy, this comedy special will probably give you some answers.

Chris rock: bigger and blacker movie turns off will Ferrell and Jimmy “fake” Fallon. Ain’t no girl want to look at me.