Two weeks ago, when UC Santa Barbara third-year Mary Pimentel heard that her boyfriend’s study abroad program in Italy was being shut down, it was the first time she seriously considered that her own program in France could be canceled due to coronavirus.

But it wasn’t until last night, when President Donald Trump announced a 30-day travel ban from Europe and she “was woken up at 3 a.m. by my friends and family from home freaking out,” that she knew her program was probably next.

“I was just on edge, waiting to be told to go home.” 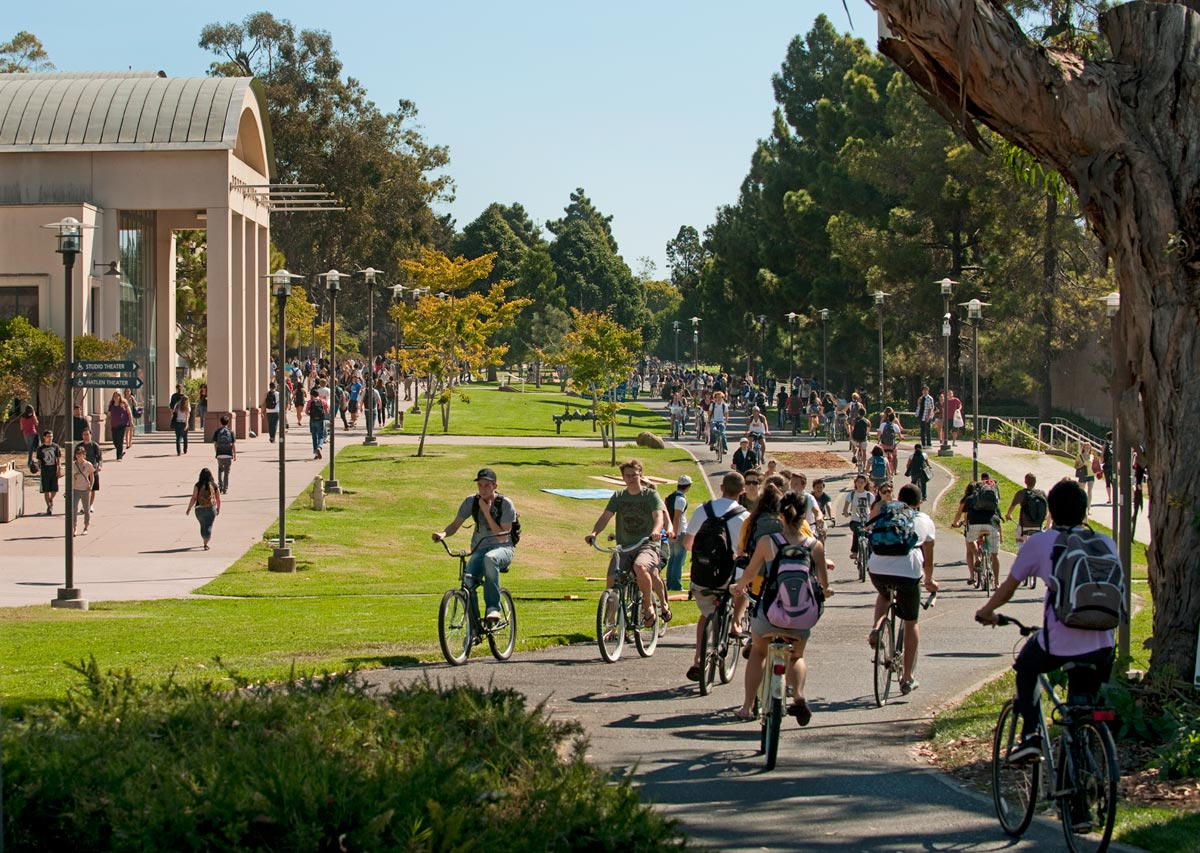 Now that the programs have officially been canceled, UCEAP has been working with both the host universities abroad and the students’ home UC campuses to coordinate course credit, financial aid and all the other lingering questions that remain for these students. Nexus file photo

Pimentel’s program is one of 37 that the UC Education Abroad Program (UCEAP) announced it was suspending due to the coronavirus. The program suspended seven study abroad programs in Europe earlier on March 12 and plans to officially suspend 30 more programs on March 16 as the U.S. Department of State and the Centers for Disease Control and Prevention issued warnings against international travel.

As of March 16, programs in the Czech Republic, Costa Rica, Ghana, Jordan, Ireland, England and Scotland had also been suspended. On March 17 and 18, UCEAP announced its program in Chile and its programs in Brazil and Japan were also suspended.

On March 19, UCEAP said all summer study abroad programs had been suspended as well.

Before last night, only three study abroad programs — China, South Korea and Italy — had been suspended because of the COVID-19 pandemic.

UCEAP spokesperson Myla Edmond said that as of March 13, 980 students had been impacted by these program suspensions.

The spring quarter programs that have been suspended as of today are:

The spring semester programs that will be suspended beginning March 16 are:

UCEAP wrote on its website that all summer 2020 study abroad programs would continue as scheduled except:

Pimentel noted that the time difference made it difficult for her family, who often heard about news like Trump’s travel suspension while she was asleep.

“They hear about everything before I do, and they’re freaking out for me, and I’m trying to calm them down from another continent,” she said.

For some students and their families, the stress of not knowing when — not if, when — the program would be canceled was too much to bear.

“One of my friends, her dad was freaking out and she’s going home tomorrow morning,” she said. “He called her yesterday and was like ‘I can’t handle this anymore, I don’t even know if your program’s gonna get cancelled but I’m buying you a ticket to come home.’”

Now that the programs have officially been canceled, UCEAP has been working with both the host universities abroad and the students’ home UC campuses to coordinate course credit, financial aid and all the other lingering questions that remain for these students.

Pimentel said she was told by her study abroad advisor that UCEAP was attempting to convert the study abroad courses to online courses, so students could finish their semesters.

“But that sounds so impossible to me,” she said, while acknowledging that it would be her best option.

Once she received the official cancelation email from UCEAP, Pimentel said she would probably book her flight home for late next week.

For now, Pimentel is focusing on enjoying her last few days abroad.

“I don’t know, I just don’t want to come home. It’s two months early, and it’s really disappointing and really sad, but I just keep trying to remind myself that it could be worse,” she said.