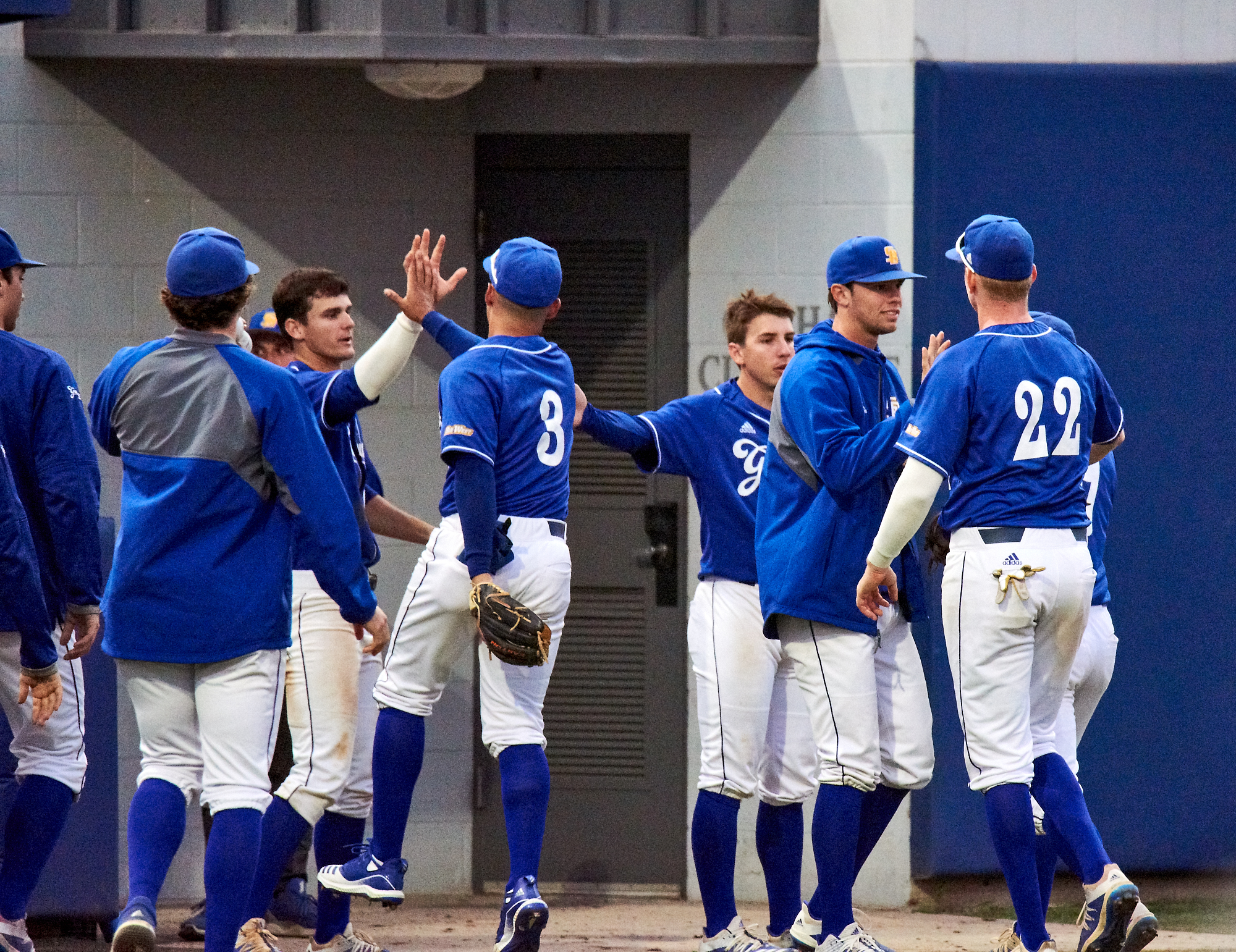 Benchmark by benchmark, the UC Santa Barbara baseball team has now officially set a course soon to be ablazed by their scorching stretch of form. Going into the weekend against Oregon State, UCSB sat at 10-2, preparing for their first series match against a Pac-12 opponent. Now, they’ve swept the No. 25 team in the country, earned their fifth shutout of the season and have proven they’re here to win.

With each one-game match and series won thus far, the Gauchos are poised to continue their destruction of opposing lineups. UCSB opened the season with a loss to Sacramento State, which looked to be nothing more than a quick dusting of the off-season cobwebs.

Fortunately for the Gauchos, it was.

They would go on to win five straight before a loss to Abilene Christian would eventually stand like an erected statue, out of place on a schedule with mostly Ws.

In fact, that was the second and last loss so far in the young season. At just a quarter of the way through, UCSB has quite firmly stamped their mark.

With Beaver ace Christian Chamberlain set to kick the weekend off for the company from Corvallis, UCSB Head Coach Andrew Checketts handed the ball to sophomore sensation Rodney Boone, who would send down the first 13 batters he faced en route to his second win of the season and the sixth straight for the Gauchos.

As far as ablazing goes, you’ve gotta be pretty hot if you’re taking down the No. 25 team’s ace, especially if the guy hadn’t allowed a run in 21 innings of work. The Gaucho offense would come alive in the fifth as senior McClain O’Connor would clear the bases with a 2-RBI triple. A Beaver error later in the inning would score the talented shortstop, giving UCSB a 3-0 lead.

Three more runs would come across in the eighth inning, but junior Conner Roberts and freshman Alex Schrier also came out of the bullpen.

Roberts would relieve Boone after just over five innings where he would go on to throw over two scoreless innings with four punchouts to continue his own fine work.

Schrier would give up a hit and a walk as well as strike out two players as he turned off the lights on Oregon State in game one.

Gaucho junior Zach Torra took the mound in game two against Jake Pfennigs, who has impressed early on in his second season.

Torra would go just over six, striking out seven without surrendering a single run. Like Pfennigs, Torra has impressed, but unlike Pfennigs, he’s been dominant.

Aside from the relief trio of Jorge Arellano Jr., Joshua Candau and Noah Owen, who have combined for 6.2 scoreless innings, Torra has a tight grip on the team lead at 0.36. You’ll also find his name at the top of the K chart, as his 39 in 25.1 innings pitched translates to an astronomical 13.86.

He’s one of the guys. He’s leaving nothing more than a scorched trail of broken bats and toasted seeds.

Senior Conner Dand, who’s been arguably the best Gaucho reliever this season, came in just after the sixth and would close out the night for UCSB’s seventh straight win and fifth shutout of the season.

Sunday’s afternoon game saw sophomore Michael McGreevy take on junior Nathan Burns. It was more good news for the Gaucho offense which, again, had only 5 hits with 32 at-bats for the second game in the row. And remember, they got one hit on Friday.

McGreevy struggled more in this game than in previous starts but was somehow able to work through over five teeth-grinding innings. He would surrender 8 hits and 2 earned runs, but it was Burns, whose 8-K performance will not be remembered for heroically fending off the invaders and, for that, his composure will be tested.

For McGreevy, on the other hand, when you’re rolling, you’re rolling. UCSB would hold on to win 3-2 and take the series with a clean sweep.

That means UCSB has swept their Pac-12 opponents 5-0 while their top-ten ERA rank could hardly have dropped after Sunday’s two-run showing.