The Daily Nexus
Film & TV
“Portrait of a Lady on Fire” Crafts a Smoldering Love Story
March 9, 2020 at 2:14 pm by Jacqueline Wen 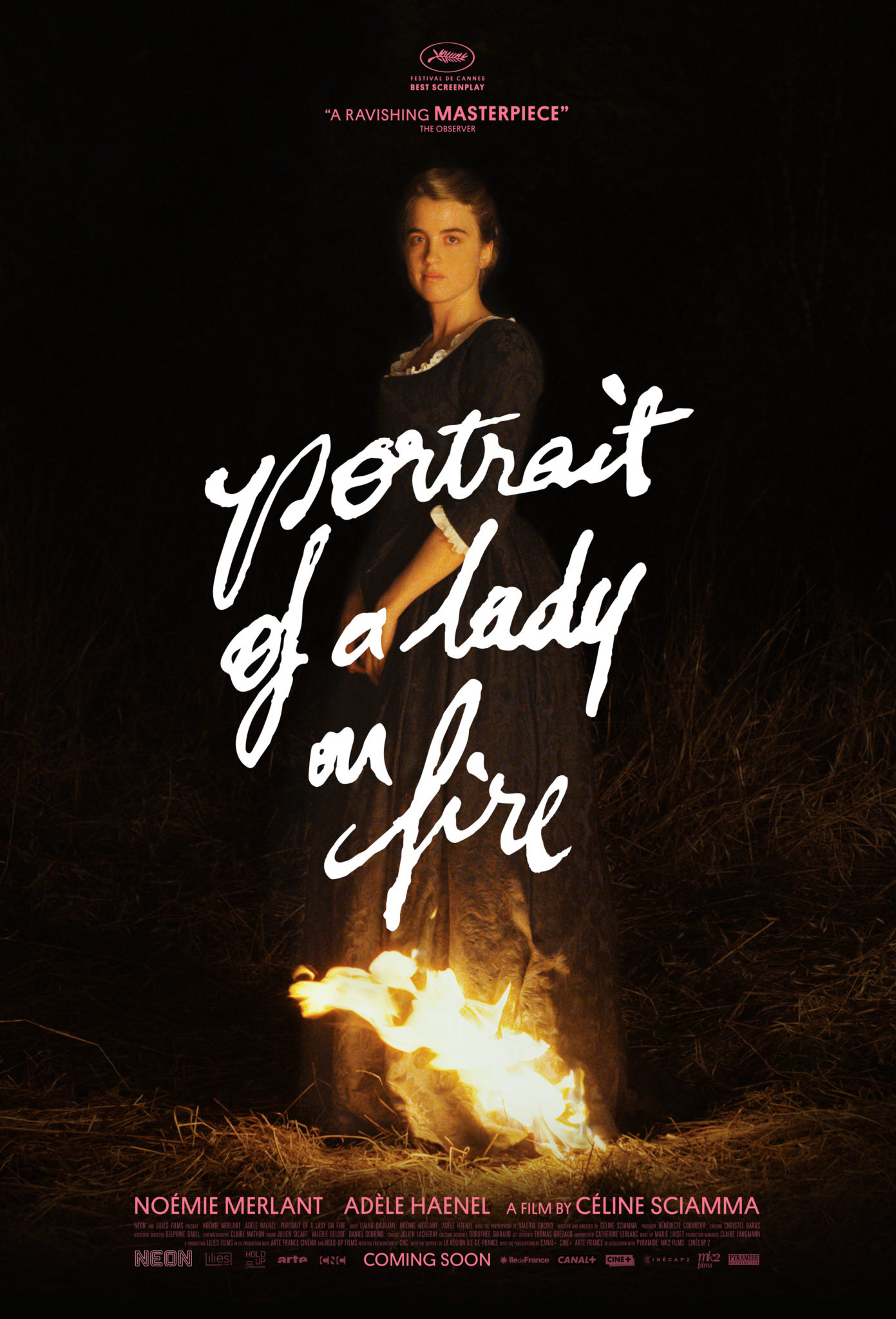 If “Parasite” is the non-English-language film of 2019, then “Portrait of a Lady on Fire” is 2020’s (so far). Language differences aside, it’s also just one of the best romances in years.

A French drama set in the 18th century, Céline Sciamma’s “Portrait of a Lady on Fire” richly tells the story of a relationship between two women. Marianne (a breakout Noémie Merlant) is an artist commissioned to paint the wedding portrait of an aristocratic woman, Héloïse (a terrific Adèle Haenel). However, because Héloïse is unwilling to marry a man she has never met, she has refused to pose for her portrait, running out another painter prior to Marianne. Héloïse’s mother instructs Marianne to spend time with her willful daughter under the guise of being her walking companion during the day so that she can paint her portrait in secret at night.

Of course, nothing is as straightforward as it seems. As the two women spend more time together and get to know each other, feelings ignite and the tension between them thickens. Marianne’s initial stealing of glances at Héloïse to memorize her features for painting morphs into gazes of desire and attraction that are increasingly reciprocated. Marianne is no longer merely looking at Héloïse; she is seeing her. She is no longer simply painting her subject, but her lover.

The evolution of their relationship shows that the journey, rather than the destination, is emphasized. Set at a gentle pace, the film enables the pair’s romantic connection to delicately kindle — when they finally consummate their love, it’s earned. Particularly noteworthy is that their relationship is depicted with a female gaze rather than being subjected to the more customary male gaze, allowing for the natural, comfortable progression of their intimacy.

One aspect I especially enjoyed about “Portrait of a Lady on Fire” was its ability to allow the viewer to see through the eyes of a painter. Having not one artistic bone in my body, I admired all the little details I wouldn’t have ordinarily noticed but realized are so crucial to a painter’s work: how someone is posed, how their hands rest in their lap, how the light illuminates their face and even the finer points of capturing an ear on canvas.

The film won “Best Screenplay” when it premiered at the 2019 Cannes Film Festival, and for good reason. Sciamma’s minimalistic approach to directing and writing her masterpiece leaves just the essence of her characters’ relationship for the audience to focus on. With simple, yet powerful lines such as, “Do all lovers feel they’re inventing something?” the viewer senses the depth of their intense bond.

Music is seldom used in the film, but when it is, it’s used imperatively. There is no score, but one isn’t needed. Moreover, the luscious cinematography and exquisite acting of the two leads readily provide enough to engage the audience. Haenel and Merlant play off each other as equals in the narrative and relationship, enhancing each other’s performances while solidly holding their own; the palpable chemistry between them sells the movie.

“Portrait of a Lady on Fire” is a mesmerizing slow burn that spreads subtly and effortlessly. You hardly notice how everything has been building effectively to a devastating, yet masterfully controlled blaze until it crescendos, rendering you speechless with the haunting ending scene. The film offers much to unpack thematically, presenting a new take on what it means to love someone, on the philosophy of love and on how love and art intersect. Complex and multilayered, it will have you mulling over it for days to come.

“Portrait of a Lady on Fire” is a poignant, brilliantly realized story about love. But more specifically, it is a beautiful meditation on the memory of love. The film reminds us to not regret past relationships that perhaps didn’t turn out the way we hoped, but to instead remember and appreciate what we gained from them.

“Portrait of a Lady on Fire” is currently playing at the SBIFF Riviera Theatre.