The Daily Nexus
Sports
UCSB Baseball Heads to Corvallis After Defeating No. 1 UCLA
March 5, 2020 at 5:35 am by Nick DiPierro 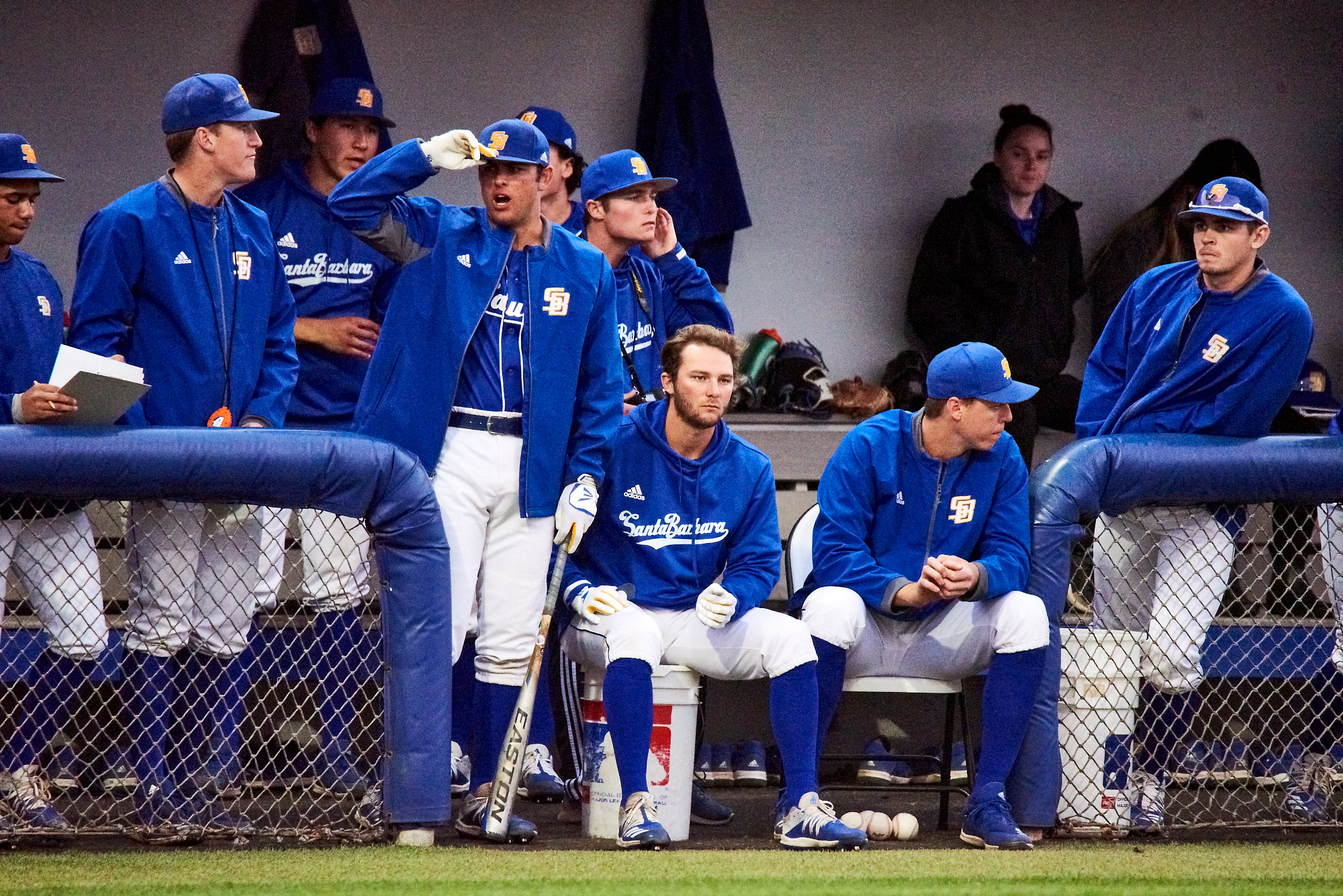 The red-hot UC Santa Barbara baseball team will head north for a three-game series this weekend at Oregon State University.

The Gauchos are coming off a one-game match at Caesar Uyesaka Stadium against the visiting nationally ranked UC Los Angeles Bruins, in which UCSB’s 8-5 victory was UCLA’s first loss of the season.

It was a nail-biter under the lights as junior pitcher Conner Roberts threw four almost-perfect innings in relief of freshman starter JD Callahan, who was tacked for four runs in four innings.

Sophomore infielder Christian Kirtley and sophomore catcher Mason Eng had multihit performances and RBIs, while a late ninth inning push from the Bruins was nothing more than that for junior pitcher Conner Dand, who would go on to finish out the ninth and game.

The Gauchos now sit 10-2 on the season as they prepare for a tough road match against a program that over doubles UCSB’s silverware.

At 5-6, the Beavers are starving for the complimentary pieces needed to support their older cast of players, such as senior infielder Andy Armstrong and junior catcher Troy Claunch.

Oregon State’s season has been so inconsistent that the one thing that potentially makes them consistent is that they are inconsistent. Seven of their 11 games have ended with a run differential of +4 or higher, while three of those ended with a +6 or higher.

In their most recent game, they lost 11-12 in a marathon at San Diego State University.

They lost 3-4 and 4-7 to Brigham Young University and Mississippi State University, respectively. That about sums it up, save for big wins like their 13-1 demolition of SDSU in the first game of this last series or their 11-4 win over University of New Mexico in the season opener.

UCSB, on the other hand, is absolutely on fire, having now won five games in a row since their 4-5 loss to Abilene Christian University.

They’re 10-2 with lights-out pitching, stone cold composure and, perhaps, the deepest lineup in the conference.

The Gauchos own a sparkling 2.13 ERA and have shut out their opponents on three occasions. They have four players batting over .300, including junior infielder Marcos Castanon and Kirtley, while that ranking steadily declines until the bottom. The Beavers are experiencing a huge drop in their run production after Claunch, who’s .275 clip at the plate is followed up by sophomore infielder Matthew Gretler’s .217.

Now average does not necessarily translate to runs, which is, in fact, evident by the fact that Claunch is eighth on his team in average, but is tied for the lead in home runs and RBIs. However, the eight players that own averages lower than Gretler have combined for zero home runs and have failed to match his four RBIs. This means that Gretler is, indeed, not an outlier.

After Claunch, who has proven himself to be quite the quality player now in his third year,  the Beavers’ lineup has been left out in the dust. Or the rain, I suppose…

Alongside Claunch, however, are junior redshirt infielder and outfielder Alex McGarry, who is the aforementioned deadlock partner at 3 bombs and 13 RBIs, the aforementioned Armstrong, who is off to a sizzling start at the dish, ready to finish off his college career strong, and junior infielder Ryan Ober, who’s got 10 hits in nine games and eight starts.

While the Gaucho pitching staff should be expected to triumph over both the Beavers’ lineup and ballista, there are a few gems that, if not respected enough, may shut the door on your game.

As for the Gauchos, pitchers sophomore Michael McGreevy, junior Zach Torra and sophomore Rodney Boone have simply devastated lineups week in and week out. The report isn’t out yet, but look for all three to potentially get starts this weekend.