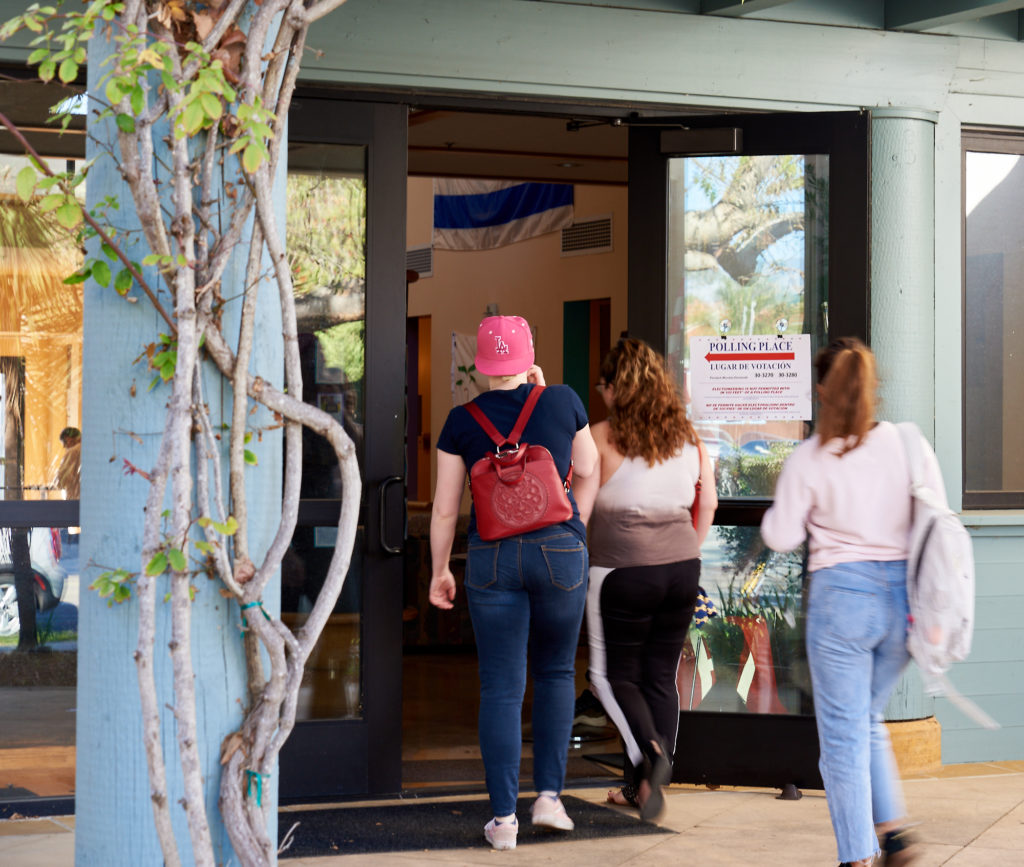 With all precincts reporting, Cole ended the night with 32.15% of the vote. Siavash Ghadiri / Daily Nexus

The race for the 3rd District supervisor seat saw a close start between incumbent Joan Hartmann, a registered Democrat and challenger Bruce Porter, who ran with no party in the recent election. The vote-by-mail and mailed ballot results showed Hartmann and Porter nearly tied, with 43.79% and 43.34% of the vote, respectively. Karen Jones lagged behind, with 7.78% of the vote.

“We know that as a general rule, Republicans and conservatives vote early and vote by mail. So the fact that I was not behind was a very good [start] for the rest of the [race],” Hartmann said in an interview with the Nexus.

In response to the early tie, Porter said, “We were deeply gratified and honored by the support we’ve received in early results. We believe that our message of Independence and commitment to bringing a new voice to all residents resonated deeply with voters.”

As the night went on and precincts began reporting results, Hartmann gained a strong lead as Porter began to fall behind. With 21 of the 49 precincts reporting as of midnight on March 4, Hartmann had 51.77% of the vote, Porter had 35.81% and Jones followed with 6.8%.

When the county released the semi-official results, Hartmann maintained her lead with 52.26% of the vote, while Porter stayed behind with 35.71%.

Until the official certified results are released by the Santa Barbara County Elections Division, there is the possibility of the vote continuing to the November general election. For Hartmann to clinch the 3rd District supervisor seat, she must receive 50% plus one of the votes in the primary election.

“With over 30,000 ballots still to be tallied county-wide, it’s too soon to draw any definite conclusions from the current totals,” Porter said in a statement courtesy of Mathew Burciaga, Porter’s communications director. “The Porter for Supervisor campaign is looking forward to seeing the final results and is preparing for a lively general election in November.”

The race for the State Assembly seat of the 37th District started and ended with an unwavering  lead, held by lone Republican Charles Cole, who started off with 36.27% of the vote of the vote-by-mail and mailed ballot results.

With all precincts reporting, Cole ended the night with 32.15% of the vote. Abboud, general manager of the Isla Vista Community Services District and longtime resident of I.V., fell behind with 6.89% of the semi-final vote.

“We’re proud of our campaign staff and volunteers and supporters for running a really strong campaign,” Abboud said in an interview.

“While we probably did not make the runoff, I’m not going to stop advocating for and working on the issues I ran on, that no other candidate did, like tuition-free public college, the Green New Deal to combat climate change and inequality and affordable housing … The campaign was always about the issues that were not being talked about, not about me.”

Hartmann supported Abboud’s campaign and echoed his sentiments for future plans. “Working with communities to identify their goals and then developing strategies to accomplish those goals. So for I.V. maybe a Green New Deal, you know, how do we bring that about?” Hartmann said. “How do we clearly get better quality housing in I.V. and get the university to build the housing?”

In the race for State Senator of the 19th District, Democrat Monique Limón and Republican Gary Michaels advanced to a runoff in the November general election, with 56.4% and 38.09% of the vote, respectively.

Similarly, in the race for House Representative of the 24th District, Democrat Salud Carbajal and Republican Andy Caldwell will also advance to a runoff. Carbajal obtained 52.16% of the vote and Caldwell received 44.11%.

A version of this article appeared on p. 1 of the March 5 print edition of the Daily Nexus.

Correction [3/5/2020 11:12 a.m.]: A previous version of this article incorrectly referred to Burciaga as Porter’s campaign manager. The article has been corrected to reflect that Burciaga is Porter’s communications director.