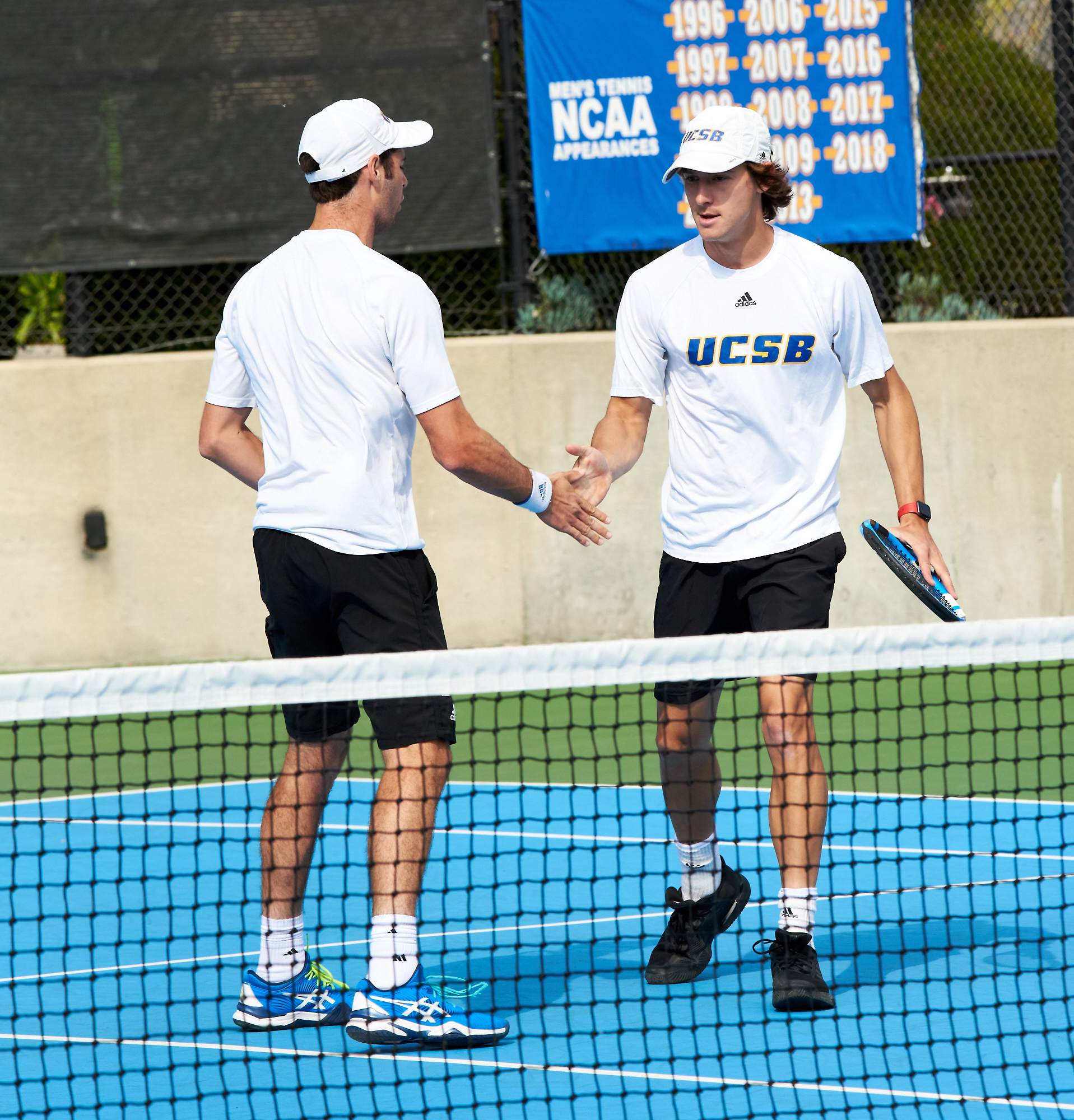 Rolling in with a handful of Big West titles, a couple of nationally ranked players and standout new recruits, the UC Santa Barbara men’s tennis team had little reason to begin the 2019-20 season anything less than confidently. Now, with two losses in their first two games, the Gauchos will look to redeem themselves against Santa Clara (0-2) in this weekend’s tournament.

Unfortunately, Santa Barbara started the new year dropping matches against Oregon and Washington. Just this past Monday, the team went down 3-4 to University of Washington, a loss which was albeit an improvement over their initial 0-4 loss to Oregon over the weekend.

Santa Clara, like Santa Barbara, has yet to post a win since the new year. Against Pepperdine, the team was unable to take control of a single match, resulting in a 5-0 sweep for the undefeated Waves. In their next game versus Loyola Marymount University, sophomore Santiago Hinojosa and freshman Mann Shah supplied Santa Clara’s only two victories. Here, Shah took control of the fourth court, swiping a win away from his opponent with clean, back-to-back 6-1 victories.

It is possible that after suffering losses on the road, each team is missing the comfort and advantage of their home courts. The NCAA Kick Off Weekend National Indoors tournament will continue to test the two programs as both Santa Clara and Santa Barbara head to Los Angeles to face one another. A much-needed Gaucho victory, however, will undoubtedly require some recalibration.

In light of the inevitable loss of dominant alumni like All-American Nicolas Moreno de Alboran and Anders Holm, Head Coach Marty Davis prospectively sought out ways to readjust the roster heading into the new season.

He successfully snatched New York-based freshman Joshua Williams, a promising four-star recruit with regional and national recognition among the tennis community. On the other hand, junior Amit Batta, a transfer out of University of Washington, is adding his D1 collegiate experience to the roster. Texas A&M transfer Alejandro Vedri also joined the lineup, already earning game time in the early season.

In the Gauchos’ first games of 2020, however, Coach Davis tapped into the depths of his returning roster. The integration of sophomores like Luka Vukmanovic and Wilhelm Saiga, each of whom hardly saw the courts last season, perhaps demonstrates Davis’s attempts to configure a new and dynamic starting lineup.

Vukmanovic and Saiga each contributed wins in their respective doubles and singles matches despite the greater team’s defeat. In singles, Saiga took three sets to take down his Washington opponent to close out the unfruitful day. Vukmanovic, paired with senior Alex Soto on court three, beat Saiga’s same opponent in the second match of the day.

Trusted players like Joseph Guillin and Joseph Rotheram fell short to dominant players on opposing rosters. In doubles play, Davis has so far partnered Guillin with Vedri, a switch from last year’s play in which the Frenchman predominantly doubled with junior Victor Krustev. The present pair has produced mixed results, being defeated while in Oregon but coming out victorious in a 6-4 competition in Washington.

However, it is imperative not to undermine the fact that Guillin invariably shines among fellow nationally ranked collegiate players and that it seems that Santa Clara does not statistically have an equivalent.

Nonetheless, the Broncos’ Hinojosa has kept up a strong and steadfast presence over his two years in the Bay. Hinojosa spent his freshman year dominating court six, finishing his singles season with only one loss and going 11-1. So far, Hinojosa has produced one of just two match wins since 2020 for his team.

Determined to finally tally a victory onto their record, UCSB and Santa Clara will compete this Saturday at 10 a.m., and viewers can tune in live to stream the game online.