The Daily Nexus
News
Out for the Count: With 2020 Census on the Horizon, Census Specialist Explains the Process
February 21, 2020 at 12:04 am by Sean Crommelin

Every 10 years, the United States government conducts a country-wide census, aiming to accurately count how many people live in the U.S. At last census, 23,096 people lived in Isla Vista, and for the past 10 years, this population count has helped determine funding for infrastructure, education and other social services for the area. 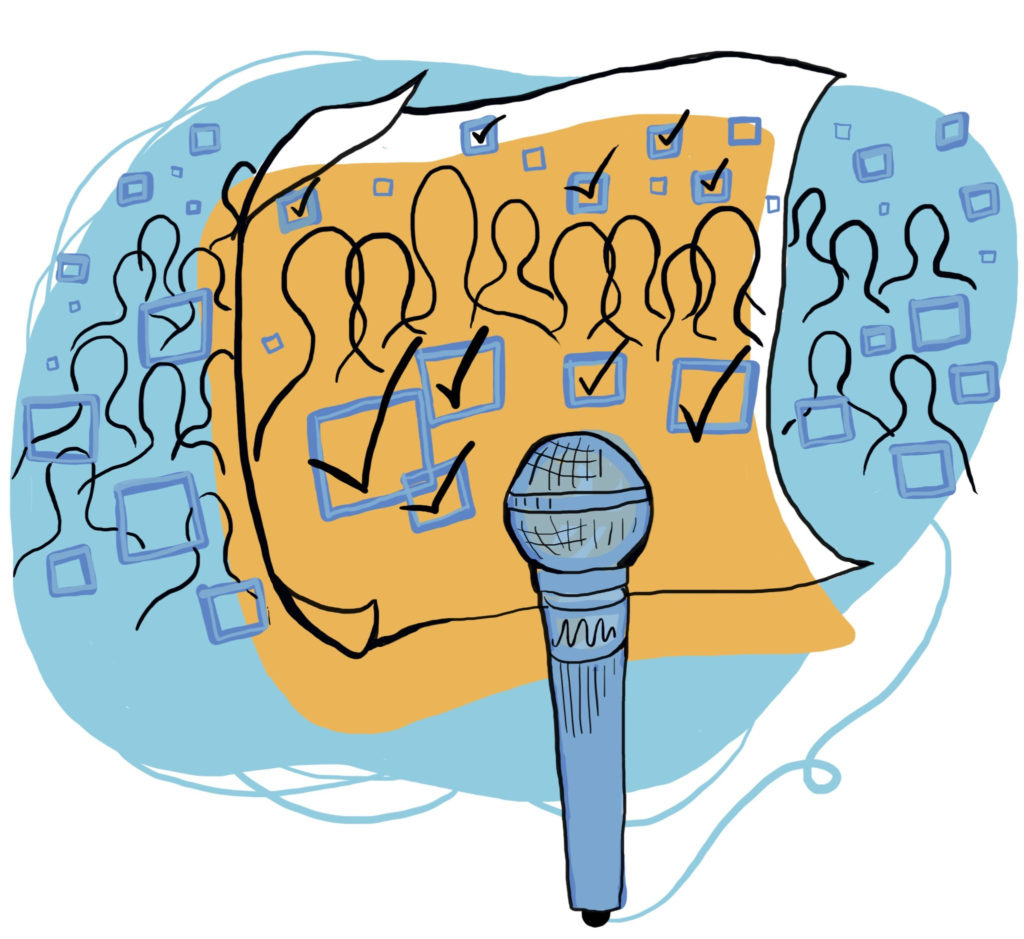 Because I.V. is a college town with residents who often move there is some likelihood of an undercount. Alyssa Long / Daily Nexus

But collecting this data involves a large amount of behind-the-scenes work to keep it running from decade to decade. To help students at UC Santa Barbara understand how the census works, U.S. Census Bureau Media Specialist Vanessa Moreno sat down with the Nexus to speak about how exactly collecting population data at UCSB and in I.V. works. Moreno specializes in dispelling misconceptions around the census and providing citizens a solid foundation for understanding how it works.

The first U.S. Census was administered in 1790, and one has followed every 10 years since that time.

The census also determines congressional apportionments for the U.S. House of Representatives.

“We allocate over $675 billion each year across the country for services … things that everyone’s going to use at one point or another. That’s why it’s really important to get a fair and accurate count of everyone,” Moreno said.

There are a number of methods the U.S. Census Bureau employs to get an accurate count of the population, which depend on the living situation of those being counted. For those who live in residences such as houses or apartments, the occupants of each space are invited to respond to the census via the phone, mail or online.

“We’ll send mail out invitation[s] to respond in mid-March. It’ll be a letter, and it will be addressed to the residence, not the residents, not the actual people living there,” Moreno said.

Afterwards, reminders will be sent to those who have not yet responded. If all else fails, an enumerator, a representative of the U.S. Census Bureau tasked with interviewing non-responses, will be sent to a residence in a last-ditch effort to obtain a proper count for the residence, according to Moreno.

To get an accurate number of students living in residence halls or university apartments, the U.S. Census Bureau will instead contact the university directly.

“Any students that live in the dorms or student apartments don’t have to take the census themselves because we [have] already contacted or we are contacting [university] administrators and asking them how many people live there,” Moreno said.

For those who do not have a permanent residence, census enumerators must take a more active role in obtaining a count. First, Moreno said, representatives will be sent to service-based localities such as soup kitchens or homeless shelters, where they will contact those who head those services to obtain a count of people.

After, she said the U.S. Census Bureau will have people go to other locations, such as freeway underpasses or encampments, and do a physical count of how many people live there over a three-day period.

The process takes months, and the results of the census are compiled and delivered to the president in December, with the results available to the public in early 2021.

Moreno also noted that those working with the U.S. Census Bureau must take an oath of confidentiality before carrying out any tasks.

“We will never tell, for example, your landlord that you have more people living there than you should have. That’s not something we can or would do.”

“We take a lifetime oath to protect people’s information. And if we ever were to break that oath, we are subject to a $250,000 fine or five years in prison,” Moreno said. “So no one is too eager to break that oath.”

Moreno also addressed a point of controversy that has sparked criticism of the census in recent times. In July 2019, the Trump administration attempted to add a citizenship question to the census, but Moreno emphasized that the addition in question was struck down and will not be on the 2020 census.

“There’s no fear necessary when filling out the census,” Moreno said. “[People’s] information is safe and protected.”

Because I.V. is a college town with residents who often move and may not be aware of how the census is carried out — or what relevance it has to their community— Moreno said there is some likelihood of an undercount.

Moreno went over a number of risk factors that could lead to this outcome, including the tendency for parents to include their children as residents in their household while the children are actually living at college, as well as resident fears that information obtained by the U.S. Census Bureau will be used against them.

The consequences of an undercount are significant, Moreno said, noting it can result in inaccurate apportionment in the House of Representatives.

“There is the risk of California losing a seat in Congress,” Moreno said, adding that impacts to federal funding could also be severe, depending on the magnitude of the undercount.

“Basically any social service that you can think of could be affected if people don’t make themselves count, and there’s no way to reassess the census once it’s been done until the next census,” Moreno said.