UC Santa Barbara’s chapter of the National Society of Black Engineers provides a space for Black students studying science, technology, engineering and mathematics to convene and support one another. 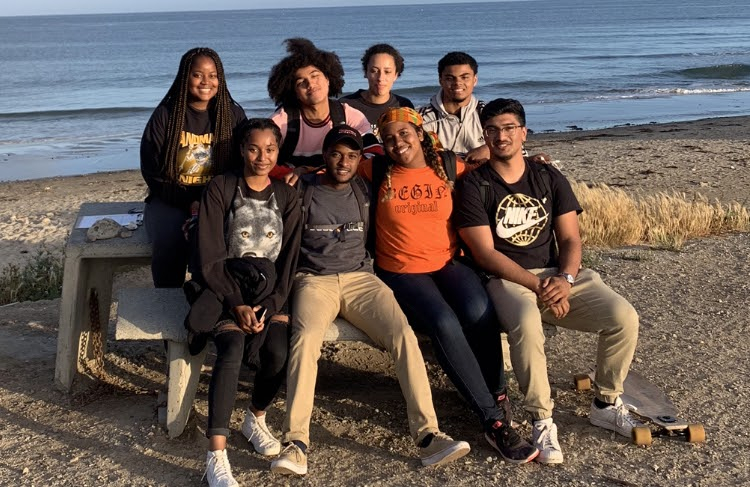 NSBE-UCSB aims to encourage and help Black engineers and scientists “excel academically, succeed professionally, and positively impact the community,” according to its webpage. Courtesy of Malia Kanakanui

Founded in the 1970s, the National Society of Black Engineers at UCSB (NSBE-UCSB) is a student organization under the Mathematics, Engineering, Science Achievement (MESA) program, which “has strengthened math and science skills for underrepresented students and expanded access to higher education and productive careers,” according to its program page under UCSB’s Office of Education Partnerships.

The organization’s members meet bi-monthly, beginning with “a little bit of a social and [a] safe space for all the Black S.T.E.M. people [at UCSB],” said Malia Kanakanui, a fourth-year chemistry major and co-president of NSBE-UCSB. They then discuss upcoming events.

NSBE puts on professional events, such as during its recruitment season in fall quarter. Companies co-hosted an event with NSBE to come and give talks, allowing members to speak with job and internship recruiters. Earlier this quarter, NSBE held a research outreach event where a research coordinator came and spoke about available research opportunities.

“Basically the point of the club is just saying we’re trying to let people know of their options and we do that by inviting either companies or research coordinators and letting everyone know about what opportunities there are,” said Abel Semma, a third-year computer engineering major and NSBE-UCSB’s co-president.

“Also, it’s really nice to just have an hour every two weeks to just get everyone together and chill and bond,” he continued.

Kanakanui added, “It’s really important since the Black population at Santa Barbara is like [5%] Black students overall … So to have that safe space with like-minded people, but also people that look like each other, it’s nice to have because you don’t see that when you’re on campus a lot.”

The MESA program — including organizations like NSBE and Los Ingenieros — encourages and prepares pre-college and college students to go into S.T.E.M. fields through outreach. At the elementary, middle and high-school levels, students can participate in various activities and competitions to gain early exposure to S.T.E.M.

“As an NSBE representative, to be the person that is encouraging them alongside MESA — being a face that looks familiar to somebody that might not have ever seen somebody that looks like them doing S.T.E.M. — I think has really added to the amount of Black kids that want to pursue S.T.E.M.,” said Ashlee Priestley, a fourth-year zoology major and NSBE-UCSB’s MESA liaison. “Because if you don’t see anybody that looks like you, you kind of think you can’t do it. I think that’s how NSBE encourages [students to go into S.T.E.M.].” 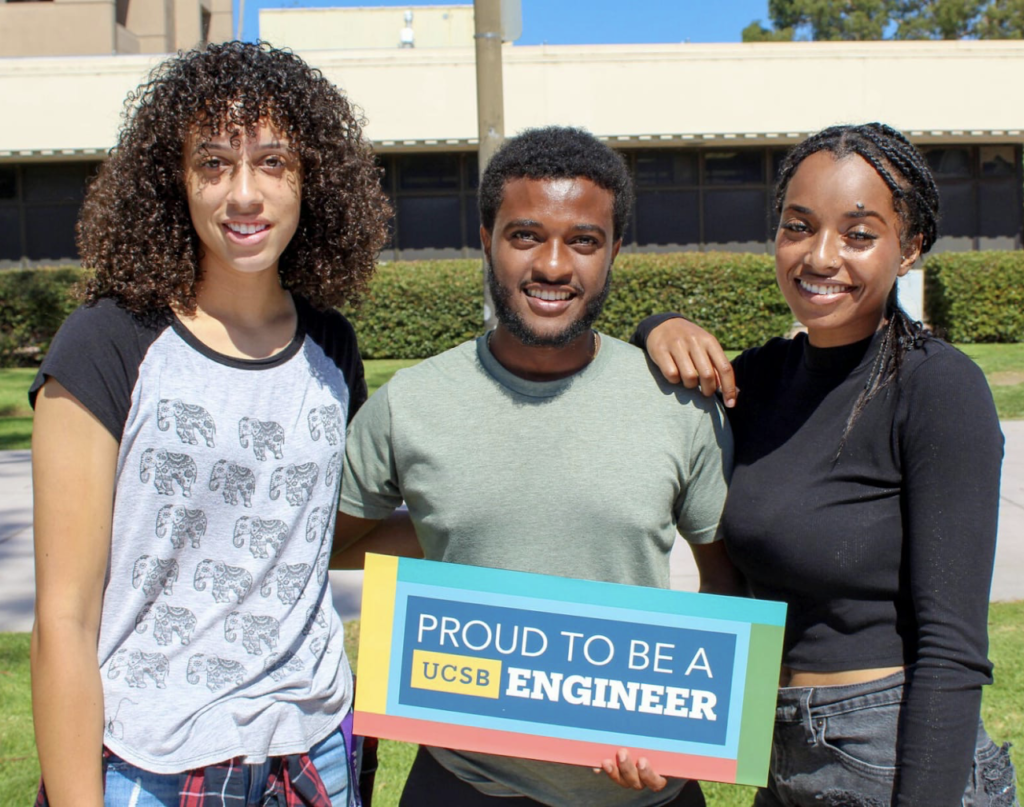 Though “Engineers” is in the name, the organization is inclusive of all S.T.E.M. majors.

Priestley described how she initially hesitated to join NSBE since she wasn’t one of the more typical “computer science majors and engineers.” However, in her junior year, she decided to go to a meeting, where she realized “you don’t really have to be an engineer to be in NSBE. That’s when I really started becoming more interested.”

According to Priestley, despite not being a similar S.T.E.M. major as most members, she found “a lot of encouragement” from the organization including always being welcome to join study sessions. “They always encourage me to keep going and ask me how I’m doing academically and check in with me, which has really helped. I think that is always helpful when you have somebody that’s genuinely looking after you,” she said.

Currently, NSBE-UCSB is preparing for its major event of the quarter, the annual convention held by the national organization. In its 46th iteration, the conference will take place from March 25-29 in San Antonio, Texas.

The national convention provides NSBE members a chance to network and meet people from different engineering companies for job and internship opportunities. “It’ll be a lot of Black scholars and leaders and industry representatives showing up and just giving all of the university and college students information and advice,” Kanakanui said.

Besides professional networking and development, the conference offers an occasion to bond and “meet other Black S.T.E.M. students, which is kind of a rarity especially on UCSB’s campus. So going out and seeing people from all over the nation that have the same goals and the same major as you is one of the reasons I think that a lot of people go,” Priestley said.

After Priestley attended the national conference last year, she recalled being “really enamored with everything,” including making friends within the club.

“I even got an internship [at the conference] even though I’m not an engineer in any way,” Priestley stated. “So I think that speaks to the amount of diversity within the program and the amount of things that the convention offers to all of NSBE’s members.”

Since joining NSBE, both Kanakanui and Semma have become more familiar with open scholarships and other resources on campus. They have “more knowledge about what’s going on,” according to Semma.

“And also this just feels like our own little organization … and we kind of created this thing,” Semma stated. “People would reach out to us to do events with them and that’s just kind of nice. It shows us that we’re getting somewhere with our organization. We’re growing and it’s only going to get better.”