Students, faculty and locals alike crowded Rockfire Grill on Feb. 1, bobbing their heads and tapping their toes along to the stylings of Morganfield Burnett and Da Blues. 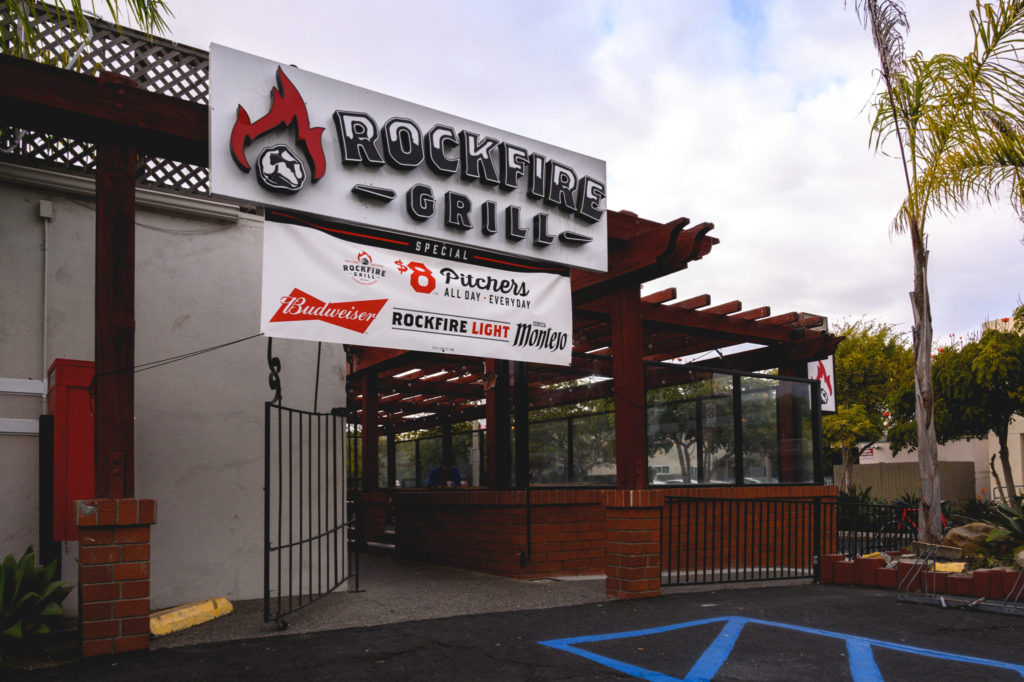 Each venue for Jeffrey’s Jazz Coffeehouse is carefully selected and transformed into a warm yet still stylish space. Max Abrams / Daily Nexus

The few seats available had been claimed, leaving others to bunch up near the door, craning to catch a glimpse at the men responsible for filling the Friday night air with music. A group of professors sat together toward the front of the room, while other adults from the local Santa Barbara community sat at tables enjoying food. Students crowded the back, mostly standing and swaying to the beat, and Chancellor Henry T. Yang and his wife were seated at a far table with their eyes fixed on the band at the front, the music uniting different and usually separate groups of people that night.

This was the scene of the first performance of the new year for Jeffrey’s Jazz Coffeehouse, a pop-up club featuring a series of local musicians who aim to bring the Isla Vista community together and provide a space for music and conversation on important topics. The event series was founded in 2015 by Jeffrey Stewart, a professor in UC Santa Barbara’s Department of Black Studies​ and a recent Pulitzer Prize winner for the biography “The New Negro: The Life of Alain Locke.”

Initially, the project was formed as a response to the distress felt after the Isla Vista tragedy, Stewart said. Wanting to bring the people of I.V. back together again, Stewart could think of no better way than through music.

The idea was initially sparked by a student’s comment that made note of the similarities between the small, congested and tense venues in Paris and those in I.V. Inspired by the intimacy of the jazz clubs, Stewart said he saw the value in replicating them for the community surrounding UCSB and I.V.

“When I was in Pasadena, we used to have coffeehouses and people would play jazz, so I just tried to reproduce it,” Stewart said.

Each venue for Jeffrey’s Jazz Coffeehouse is carefully selected and transformed into a warm yet still stylish space, Stewart said. The series also works in conjunction with Stewart’s class, History of Jazz, and runs alongside it during winter quarter. After trying to bring musicians into class to perform for students, Stewart said he quickly realized that it wasn’t the right environment for students, or anyone for that matter, to be able to enjoy or appreciate jazz.

“We need learning environments in the community that aren’t as heavy handed as a real classroom,” Stewart noted. Now, with the creation of Jeffrey’s Jazz Coffeehouse, his students are always in attendance and able to experience jazz in its natural setting, rather than in a classroom.

“The theory of the class is that jazz evolves through dialogue between the performers and the audience,” Stewart said.

Stewart said he hopes that students will discover new tastes and different preferences through  the music they experience.

It’s his goal “that the students have a feeling that they’re part of this, [that] they’re not just spectators or listeners.”

Since its creation, Jeffrey’s Jazz Coffeehouse has been unique in its ability to attract a wide variety of different people to its events, Stewart said. He noted that “a lot of students live here, but they have really no interaction with the people in the community,” which he aims to change.

Events such as Stewart’s are one of a few that make an attempt to bridge the gap between different generations in the community, he said. While it’s often rare to see professors, students and locals of I.V. together in the same space, these events encourage exactly that, he added.

Only here can a professor show their students how to properly bust a move on the dance floor, while Chancellor Yang catches it all on video.

“There’s not really a space on campus even for professors to hang out,” Stewart added. While the University Center is often the go-to meeting spot, he said “it doesn’t seem warm; it often feels cold and commercial.”

Stewart emphasized the need for these types of spaces, remarking that “there are very few places where students can come and have discussions.”

Jeffrey’s Jazz Coffeehouse is proof, Stewart said, that “you can have learning going on in spaces that are also pleasurable.”

“I wanted to have this cited in Isla Vista, in the hopes that more people will come from downtown and be able to view this community not just as some crazy college town,” Stewart said — a testament to the power music has to bring a community together.