Ahead of the March 3, 2020, California primaries, the Daily Nexus compiled an elections guide, featuring information about each of the candidates in the State Senate, Third District Supervisor, House of Representatives and State Assembly races. 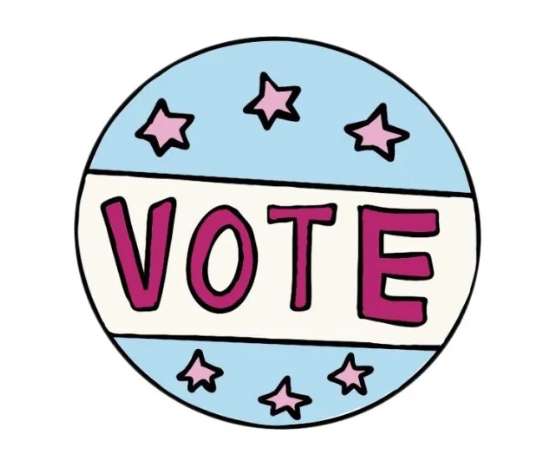 A UCSB graduate, Carbajal previously served for 12 years as the Santa Barbara County 1st District Supervisor. One of Carbajal’s main issues is environmental protection; he serves on the Climate Solutions Caucus, which aims to find bipartisan solutions for mitigating the effects of climate change. Carbjal has also been a strong supporter of pro-immigration legislation, fighting against the Trump administration’s decision to terminate DACA.

Andrew Caldwell (Republican): Caldwell’s campaign is centered on providing better opportunities for workers and small businesses. In 1991, he founded the Coalition of Labor, Agriculture and Business (COLAB), which now has 1,000 members in Santa Barbara County. He has also helped start similar COLAB groups in Imperial, Ventura and San Luis Obispo Counties. While Caldwell is running as a Republican, he told the Santa Maria Times in February that neither party is serving the needs of the people and that he would “represent the people here.”

Kenneth Young (No Party Preference): Young’s background is in civil engineering. According to his website, two issues that prompted him to run for office are health care and tax issues. He believes that Congress needs to lower costs for working families in order to maintain a healthy workforce in California.

Another issue Young has put at the forefront of his campaign is energy independence; he said he believes the United States should invest more funding in renewable energy research and find safer ways of dealing with nuclear waste rather than eliminating nuclear power altogether.

Charles W. Cole (Republican): Cole, the sole Republican candidate running for State Assembly and the youngest among all candidates at 22, is running on a conservative platform that includes fixing freeways, preserving Proposition 13, maintaining private health care and rolling back rent control, according to his campaign website.

Born and raised in Santa Barbara, Cole graduated from Santa Barbara High School and attended Santa Barbara City College (SBCC) to study business, but left after his first year after he found “the PC culture not conducive to learning,” according to his campaign website. His father manages his campaign, which has roughly $10,000 in donations from friends and family. He currently works for a local PR business, according to a Noozhawk article.

Elsa Granados (Democrat): Granados, executive director of the nonprofit Standing Together to End Sexual Assault, is running on a three-fold platform that includes social equality advocacy, women’s rights advocacy and preserving the environment and coastlines along the Central Coast, according to her campaign website.

If she wins the seat, Granados told the Santa Maria Times that she would work to increase affordable housing, create more jobs, strengthen the education systems within the district and stop offshore drilling.

Jonathan Abboud (Democrat): A longtime UC Santa Barbara and Isla Vista community member, Abboud, the youngest Democrat in the race for assembly, is the current general manager for the Isla Vista Community Services District and board member on the SBCC Board of Trustees.

Abboud is running on a platform of education reform and free tuition, universal health care, affordable housing and public transportation, criminal justice reform and support for indigeneous communities, according to his campaign website.

Cathy Murillo (Democrat): Current Santa Barbara City mayor, a former journalist and city councilmember, Murillo is running on a platform that aims to preserve the environment, increase access to higher education and strengthen the middle class, according to her campaign website.

In her first term as the mayor of Santa Barbara, Murillo worked to ban single-use plastics, set a 100% renewable energy goal by 2030 and continued to employ integrated pest management in the city. She also negotiated a project labor agreement with the city for worker safety and fair pay, according to her campaign website.

Jason Dominguez (Democrat): Dominguez is bringing his experience as an environmental lawyer and a former teacher to his campaign, advocating for greater response to climate change, according to his website. Dominguez has previously served as a Los Angeles Deputy District Attorney and Deputy City Attorney, and he has been on Santa Barbara City Council since 2015.

Dominguez was originally running for Assembly at the same time as re-election for the Santa Barbara City Council but lost the election in December 2019. If elected, he plans to expand his work from City Council on inclusionary housing and wants to create a rent-to-own program for tenants.

Steve Bennett (Democrat): Ventura County Supervisor Bennett is finishing his fifth term on the board; before that, he worked as a high school teacher and member of the Ventura City Council. One of his hallmark initiatives of the County Board of Supervisors is S.O.A.R., the Save Open Space and Agricultural Resources initiative, which was recently re-ratified. Other key issues for Bennett include building affordable housing and alternative transportation, such as coastal bikeways.

Bennett recently received the endorsement of the Santa Barbara Independent, who said he “holds the dramatic edge of experience” and will advocate for environmental protection.

Stephen Blum (Democrat): Describing himself as a “proud product of public schools,” Blum was a teacher for over 20 years before he served on the Ventura County Community College District Board of Trustees and California Community College League State Board. Blum is basing his campaign on small donors and not accepting donations over $100 from any individuals or groups in what he calls a “positive only” campaign, he said on his website.

Dawn Addis (Democrat): Addis serves on the Morro Bay City Council and said on her website that her work as a mother, public educator and community organizer guides her actions. She is supportive of climate crisis legislation, aiming to address the climate crisis by expanding clean renewable energy sources. She also aims to increase jobs and small business growth, according to her campaign’s Facebook page.

Joan Hartmann (Democrat): As the incumbent, Hartmann has been serving as the 3rd District representative — which contains Isla Vista, parts of Goleta, the Gaviota Coast and Santa Ynez — since 2016 and has been a strong advocate for climate change legislation. Isla Vista counts for nearly a third of the population living within the district.

During a Tuesday night town hall in Isla Vista, Hartmann discussed how the Santa Barbara oil spill inspired her to enter into academia, then law and then into the role of Supervisor. She placed importance on UCSB faculty housing, said she is a “huge supporter” of unionized labor and supports regulated cannabis within the county. She has also worked with several members of the Isla Vista Community Services District, supported the creation of the district and has been endorsed by several directors as well.

Bruce Porter: This is Porter’s second time running for the 3rd District seat. He is running on a platform of investing in alternative energy, “[restoring] balance to county government,” reinvesting in public schools and implementing a “common sense” cannabis policy, according to his website.

Porter has faced significant backlash in the past few months from Isla Vista residents and UCSB students for his alleged role in the creation of Rock the Vote SB, an organization that allegedly was created to tip the scales in the supervisor race by causing low voter turnout. He did not attend the Tuesday night town hall in Isla Vista, bowing out of the forum four hours before it was set to begin, citing mismanagement on the part of the forum’s organizers.

Karen Jones (Republican): This is Jones’ second time running for the 3rd District seat, and she currently serves as a director on the Santa Ynez Community Services District. Born and raised in Santa Barbara, she is anti-“big government”, according to her website, and is in support of the Cat Canyon Oil Drilling Project, which the A.S. Senate voted in November 2018 to oppose. She also prides herself on only accepting small donations.

During Tuesday night’s Isla Vista town hall, she emphasized her identity as the “only native-born, only Republican” in the race. When asked about the UC COLA movements, she said that she is not a fan of organized labor and said she believes that salaries can be negotiated and worked out without a union. She added that she believes that marijuana should be legalized, but not controlled by the government.

Monique Limón (Democrat): Limón currently is in her second term as an assembly member in the California Legislature. She is the former commissioner of the Santa Barbara County Commission for Women and serves as vice chair of the California Legislative Women’s Caucus, advocating for better representation for women in government.

Limón has pushed for protection of the environment, authoring bills to stop offshore drilling. She has also authored bills in the past two years on health issues, ranging from extending care for those affected by the Thomas Fire to setting a ceiling for anticancer medication. Additionally, Limón has addressed emergency response programs and passed initiatives such as AB 1956, increasing support for fire prevention.

Through her work as the chair of the Committee on Banking and Finance, Limón has advocated for consumer protections for in the loan industry, passing AB 539.

Gary Michaels (Republican): Michaels is the managing partner of Summa Solutions LLC, a company that brokers contracts between K-12 schools and internet carriers. Spending most of his time in the private sector, Michaels is advocating for reduced regulations and taxes to make it easier for businesses to thrive, according to his website, and supports economic policies introduced by President Donald Trump.

Michaels also attributes poverty and homelessness issues to a lack of affordable housing and wage increases for long-term employees. He prides himself on being a fiscal conservative.

Anastasia Stone (Nonpartisan): Stone has not held political office before and is hoping to serve Californians without answering to parties or special interests. Having worked in maternal health care for the past 10 years, Stone is advocating for quality health care for all and intends to create legislation to protect and better women’s rights, according to her website.

As a former foster parent, she also seeks to improve conditions for foster children and improve workloads to be manageable for caseworkers in the foster care system. Stone said she holds an approach rooted in compassion toward homelessness.

Correction [10:47 a.m.]: This article has been updated to reflect that Hartmann is a registered Democrat.

Abboud needs to grow up and get a real job and stop leaching off taxpayers. Absolutely sickening.

Daily Nexus political writers are a bunch of group thinking partisan hacks. Pull your heads out of your asses.

What happened to the 1st District Co Bd of Supervisor’s race? No data?