With current global carbon dioxide levels far exceeding those ever before seen in historic records, climate change researchers are increasingly motivated to grasp the intricate relationships between carbon output, glaciation and climate change.

One of these climatologists is Mathis Hain, who brought his wisdom and passion for the subject to UC Santa Barbara on Tuesday, Feb. 11 for a seminar. 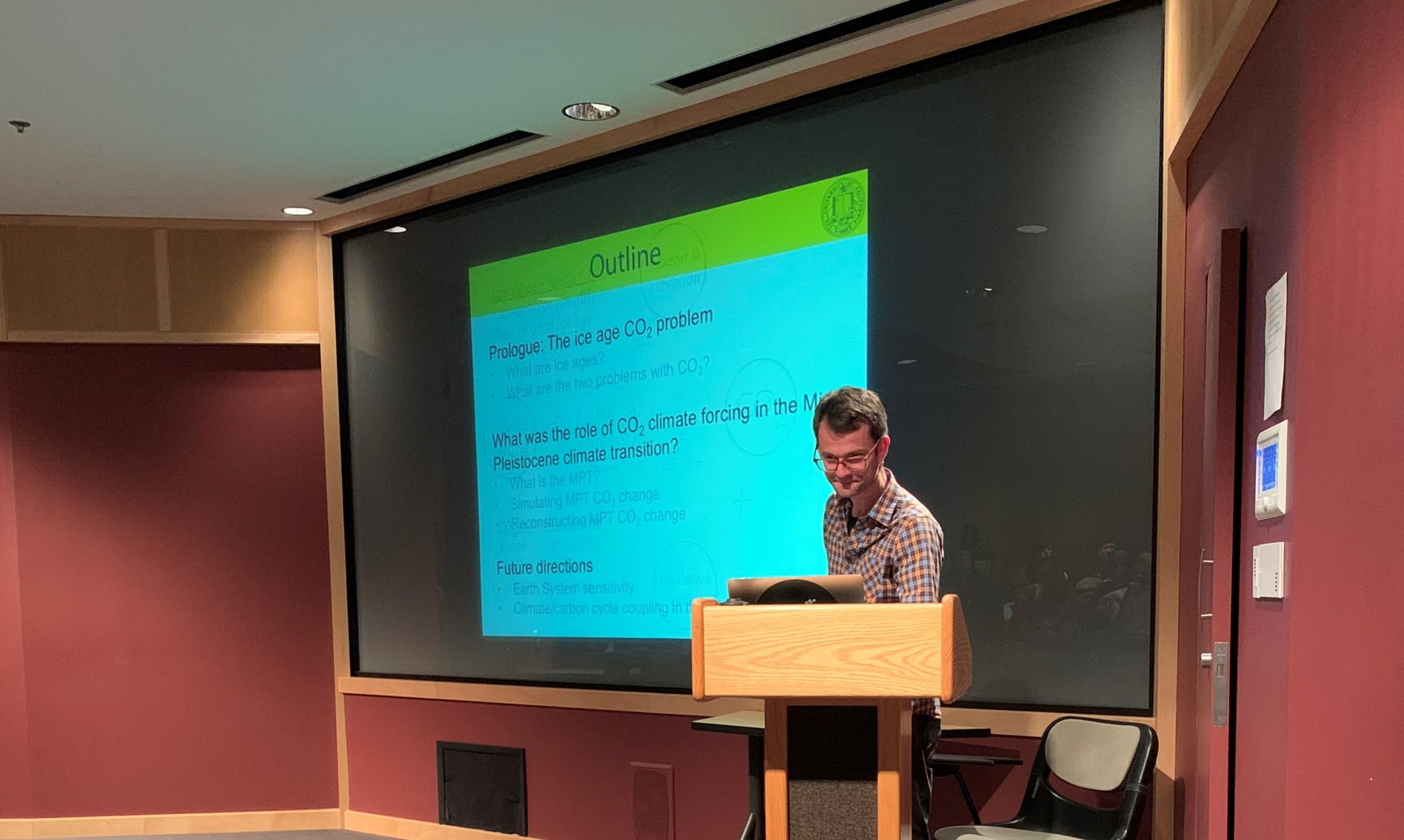 Hain’s research has primarily followed the trends in carbon dioxide (CO₂) throughout the Holocene, the current geological epoch. He measured carbon output using radiative forcing, the difference between sunlight absorbed by the Earth and energy repelled into space.

The radiative forcing chart revealed a trend of low CO₂ levels during the last glacial maximum approximately 21,000 years ago, as well as rising CO₂ levels during the following deglacial period. CO₂ measurements did not level out until the interglacial period roughly 10,000 years ago, as sea levels rose by over 100 meters. Hain reported a current radiative forcing gauge of 1.5 watts per square meter, a measurement that has reached its modern levels after skyrocketing since the Industrial Revolution.

According to Hain, recurring carbon cycles can be tracked through the course of thousands of years by monitoring the relative rates of diffusion from atmospheric carbon to ocean and land cycles. This projection of CO₂ trends is what allows meteorologists to make predictions of climate change on a global scale.

“When the ocean warmed at the end of the last ice age, it led to a large CO₂ increase because CO₂ solubility increased with temperature. At the same time, as the ice melt[ed], it lowered the salinity and increased the volume of the ocean, causing CO₂ reduction,” Hain said.

The current rate of CO₂ level rise in Earth’s atmosphere is a consequence of a positive feedback loop. As proposed by Russian climatologist Mikhail Budyko, climate change is drastically amplified by the the melting of ice sheets, which would otherwise reflect shortwave radiation back into space instead of absorbing it in the ground.

Inversely, larger ice sheets are generated under low concentrations of atmospheric CO₂, which is indicative of negative radiative forcing. This in turn translates to an elevated rate of ice formation. Under the right set of conditions, this positive feedback loop is what kick-starts global cooling and begins a new ice age.

“Nominally, the ice ages are driven by orbital forcing. They are not driven by CO₂,” Hain explained.

Orbital forcing, which refers to the effect of the tilt of Earth’s axis on climate, causes fluctuations in insolation at higher northern latitudes, the first in a series of steps that leads to glaciation.

“The orbital forcing causes very, very small changes to insolation,” Hain continued. “It is a very small force that should not be able to cause an ice age unless you have a strong positive feedback that amplifies any small change in forcing.”

Hain believes that the boron isotope-pH proxy may be the next step in climate change research, as it generates a baseline representation of the relationship between CO₂ and global temperature.

“Using the boron isotope approach in this way will allow us to systematically map CO₂ climate forcing on orbital time scales throughout the historic record,” he said. “This shall help further constrain the sea level and temperature sensitivities and how they may have changed through our history.”