The Daily Nexus
News
Interactive Campus Map Will Relaunch After University Receives Additional Funding
February 13, 2020 at 12:16 am by Madeline Myers

The UC Santa Barbara Department of Geography’s Interactive Campus Map, which shut down due to a lack of university resources and staff, will relaunch once the university receives additional funding. 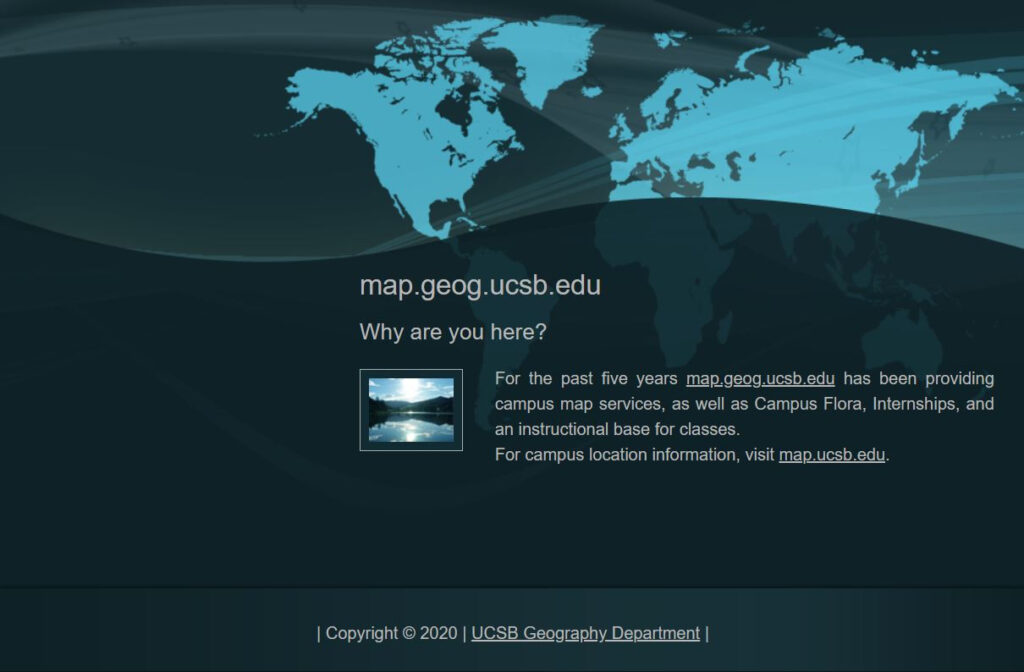 Most of the map’s original operators have since left the university.  Courtesy of UCSB Geography Department

When news of the map’s termination in early January circulated among the student body on social media, students expressed frustration at the termination of the long-standing tool. But the data it used to function has since become outdated, explained Matthew Hall, associate vice chancellor for information technology and chief information officer at UCSB.

He added that most of the map’s original operators have also since left the university.

“Due to the age of the infrastructure and some complex configuration issues, staff members with skills sets that we previously had, who understood the nuances of the configuration, are no longer here at UCSB,” Hall said.

“It’s grown to a point where we need to staff and license it appropriately.”

The map began as a joint academic project between the geography department and other data providers on campus to locate lecture halls, classrooms, food establishments and hydration stations as well as parking structures and meters, according to Hall.

While the map was opened to the UCSB community in February 2013, early stages of its development began in 2008 under the leadership of Dylan Parenti, the information technology manager of the geography department at the time. According to a Nexus article published in 2013, the map relies on multiple layers of software which combine to make the map a multifaceted geographical tool.

Additionally, the map featured interactive tools, including self-guided tours through natural spaces like the Campus Lagoon and lists of the energy consumptions of various buildings.

Andrea Estrada, university spokesperson, said that discussions are now ongoing about “the best way to create and maintain tools and resources for navigating the university and real time and helping to ensure the best campus experience for students, faculty, staff and visitors.”

While Hall and his team await the approval and funding they need to relaunch the map, they are working to improve certain elements of it, such as its access to the Environmental Systems Research Institute and Aeronautical Reconnaissance Coverage Geographic Information System, information databases that provide geographic data, Hall said.

Once the funding comes through, “we’ll be right back at it,” Hall said.

Correction [Feb. 18, 2020]: This article was corrected to reflect that the university is in current control of the map, not the geography department.