The Daily Nexus
News
Hopping Off: HOPR Bike Program Decides to Leave Campus
February 13, 2020 at 12:07 am by Chloe Kimmel

HOPR Bike Share, a bicycle rental service that has operated on the UC Santa Barbara campus and in Isla Vista since September 2018, has ended its contract with the university and plans to leave during spring break of this year. 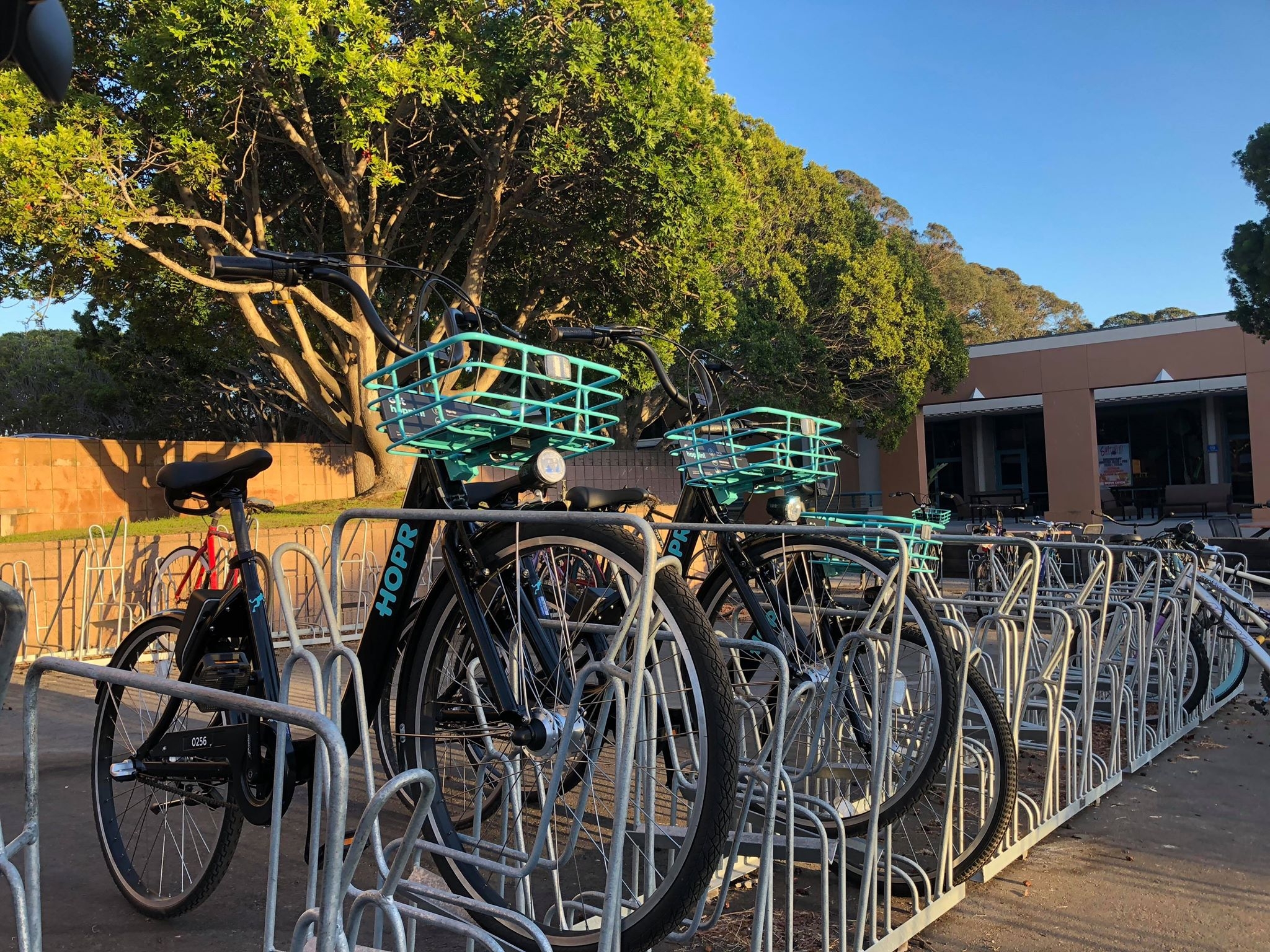 Although HOPR was not considered a problem, revenue from riders was not sufficient to cover costs. Sanya Kamidi / Daily Nexus

The bike share service arrived in the area a little over a year ago in early September, after partnering with UCSB for a three-year contract. However, the contract allowed HOPR to cancel at any time, as long as it gives the university 60-day notice, according to Chelsea Davidoff, a HOPR representative.

“The main challenge was economic, ridership revenue is not enough to pay the bills. This is true for most transit modes,” Davidoff said.

Although HOPR’s ridership was not considered a problem, revenue from riders was not sufficient enough to cover operating costs, according to James Wagner, program manager for the Transportation Alternatives Program (T.A.P.) at UCSB.

Most bicycle-share programs on college campuses need subsidies to survive and keep their rates affordable to customers, due to the expensive cost of buying and maintaining shared bicycles, Wagner said.

“The HOPR contract contemplated securing a sponsor but since they didn’t get one, the program was not economically feasible. As such they requested to cancel the contract,” Wagner said.

Transportation & Parking Services currently does not have room in its budget to front the cost for a bicycle-share program, Wagner said. HOPR did not initially ask for a subsidy because it expected to secure a sponsor, which is why it was contracted, Davidoff added.

“HOPR provided an option to the University to sponsor or subsidize the program as part of the transportation budget, but this budget was not available,” Wagner said.

“We may open another request for proposals (RFP) to see if other bicycle share vendors are willing to provide bicycle share at no cost to the university besides user fees,” he added.

UCSB was recently recognized as a Platinum-level Bicycle Friendly University by the League of American Bicyclists. Part of this recognition is due to the large number of bicycles available to share on campus through HOPR, according to Wagner.

HOPR remains in other cities and universities throughout the country where it has found more economic success, such as UC Los Angeles, the University of South Florida and the cities of Santa Monica, Atlanta and Orlando, according to Davidoff.

Davidoff said that despite the early contract termination, HOPR leaves UCSB thankful for the opportunity from the university and support from students.

“I hope they find a budget for bike share, students love it, it is affordable, healthy, fun and environmentally friendly. If there is a will, there’s always a way,” Davidoff said.

Interesting: “HOPR remains in other cities and universities throughout the country where it has found more economic success, such as UC Los Angeles, the University of South Florida and the cities of Santa Monica, Atlanta and Orlando, according to Davidoff.” Sorry people, more to the story here & it’s called damage to property. Every weekend we got a bunch of drunken douchebags pretending to be all ghetto ass destroying thos bikes. Seen it in person. Funny that HOPR is surviving in those places where crime is higher, but not in Isla Vista, but then again, we’re talking a completely different… Read more »

It was so easy and there were so many bikes to choose from. My family loved renting the bikes whenever we would go up to visit our daughter. I will definitely miss this company. Hope the new is just as user friendly.

i would like to say something but i am fucking braindead and cant comment. suck my ass bike thieves. i only steal bikes from those who have taken them from me or other assholes