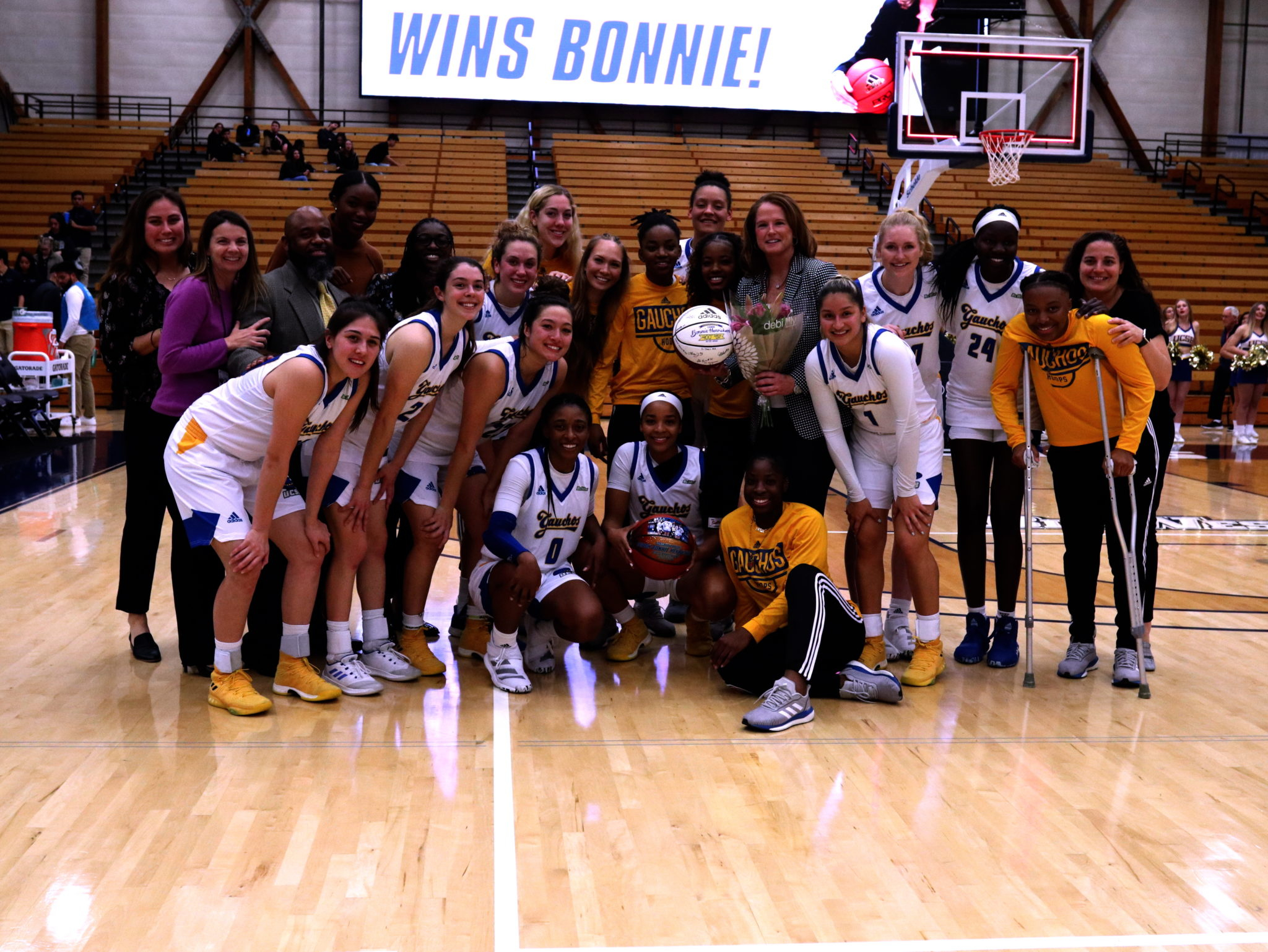 After the victory, UCSB moved to 4-4 in the Big West Conference, while UC Irvine fell to 2-6 in conference play.

With Irvine’s lack of size on the inside, the game plan for the Gauchos was clear from the start: Feed the ball to Lane whenever possible. In one of the most impressive performances from a ‘Chos player in recent memory, forward center Lane set her career-high while shooting 62.5% from the floor, while also grabbing a remarkable 20 rebounds on the night — tied for the most in her young career.

“[Lane] keeps the ball high and has poise and composure whenever she gets it,” Head Coach Bonnie Henrickson said.

One key to UCSB’s success on Wednesday was their ball movement, with the team recording 19 total assists on the night — including 7 from senior guard Coco Miller, who frequently found Lane in good positions. Midway through the third quarter, Miller hit Lane with a full-court pass that led to an easy layup, punctuating both the hustle and unselfishness that the ‘Chos displayed all night long.

“We definitely came together this game,” Lane said. “The chemistry was amazing. It was about communication and talking, just being aware of where we are.”

Outside of Lane, junior point guard Danae Miller carried some of the burden on the offensive end as well. Despite leaving the game briefly in the third quarter due to injury, Miller was able to chip in 18 points while shooting 7-16 from the floor. On a night where the ‘Chos could only muster 4 total 3-pointers, Miller’s ability to stretch the defense by hitting 2 of her 3-pointers proved crucial in opening up space for Lane to operate.

Starting her third game of the season, junior walk-on Mira Shulman also proved to be a key asset for UCSB on the night — particularly in the first half. In the second quarter, forward Shulman shot an uncontested 3-pointer giving UCSB a 22-12 lead and later made a smart cut to get an easy layup to bring the team up to 34-24That scoring stretch at the beginning of the second quarter created separation between Santa Barbara and Irvine, and the Anteaters would never overcome the deficit for the rest of the game.

Of course, UCSB’s defense also played a crucial role in their victory on Wednesday. While Irvine shot 43% from the floor, their 10 turnovers on the night ultimately doomed them. Senior point guard Lauren Saiki continued her excellent season for the Anteaters, dropping 18 points on 50% from the floor, while freshman forward Sophia Locandro scored 14 points as well.

In addition to the Anteater’s turnovers, their bench failed to give a significant contribution on the nightIn total, UCI’s bench only scored 2 points — not nearly enough to pull off a road victory in conference play.

While Irvine has struggled all season, every victory is crucial in conference play; with the win, UCSB jumped into a tie for fourth place in the conference. After an eighth-place finish last season, the ‘Chos appear poised to easily top that mark this year.

Next, the Gauchos must turn their attention to Hawai’i, who come to town in second place with a 6-3 conference record. Still, this game proved that when the team fires on all cylinders, they can compete with any team in the conference — especially given the talent of Lane.

UCSB takes on Hawai’i at the Thunderdome on Saturday at 2 p.m.