UC Santa Barbara’s first ever mental health town hall, titled “What’s on Your Mind?” drew a crowd of approximately 30 students and 40 administrators to Corwin Pavilion last Friday to discuss the current state of mental health resources at UCSB and identify areas for improvement. 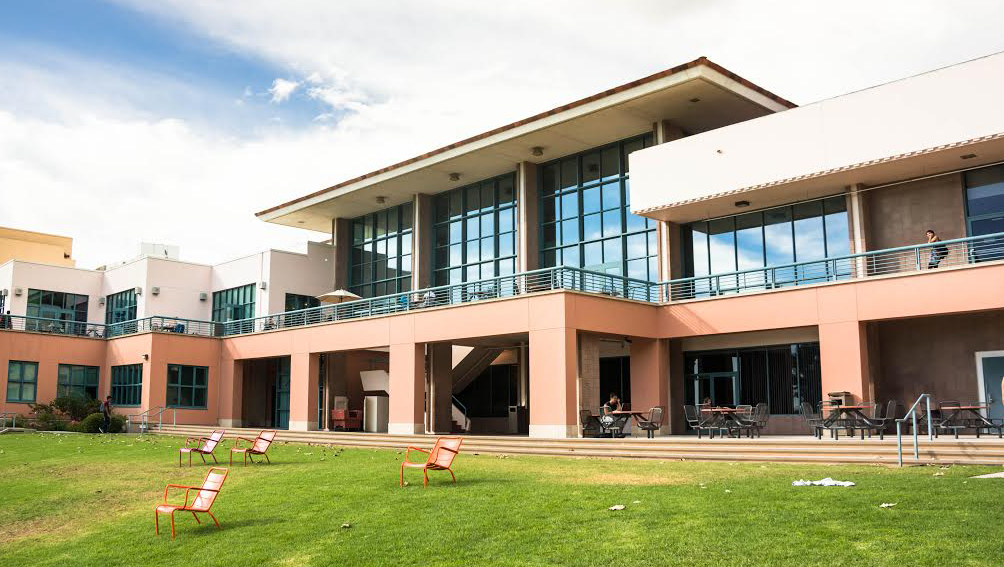 The town hall was held at Corwin Pavilion, a conference venue within the University Center Nexus File Photo

The town hall, organized by the Associated Students (A.S.) Office of the President and UCSB’s Mental Health Task Force, aimed to address student needs through an open discussion facilitated by university administration and mental health specialists, followed by a Q&A portion and discussion groups. The event concluded with a brief tour of campus resources at different tables.

“With this structure for the town hall, we hope to provide a forum where members of the UCSB community can easily and safely voice their concerns and be a valuable part of the process to improve our campus climate on mental health,” Sejal Anuraji, mental health coordinator for the A.S. Office of the President, said.

The current climate and stigma around mental health at UCSB was examined in detail to help service providers understand where they needed to fill in the gaps, according to A.S. President Alison Sir.

Students argued at the town hall that UCSB should be focused on making mental health services more visible to students.

“Mental health affects students’ everyday lives … from academic success to relationships to self-care and I hope to see more advertisement of the resources available,” Anna Talamantes, a fourth-year biopsychology major, said in a discussion group.

A variety of UCSB mental health services were represented at the town hall, including  leadership and mental health professionals from Counseling & Psychological Services (C.A.P.S.), the Vice Chancellor for Student Affairs, UCSB’s Mental Health Task Force, members of the A.S. Office of the President and other university administration members.

Sharleen O’Brien, director of the Mental Health Task Force, said the event was organized with the intention of introducing the student body to the task force and making them aware of its role on campus. O’Brien described the Mental Health Task Force as centered around three main goals: mobilizing additional campus resources, increasing visibility and accessibility of services and gaining feedback from students.

The Mental Health Task Force was introduced by O’Brien as a new coalition for change, at the beginning of the event. O’Brien further identified members of the task force in the room and explained their purpose.

“The Mental Health Task Force was constituted to work on better coordination among campus services and to develop enhanced communication that makes it more clear to students, faculty and staff how to access services and what resources are provided through each department,” Margaret Klawunn, vice chancellor for student affairs, said at the town hall.

In the “fishbowl” discussion portion among several UCSB staff members and students, they highlighted key obstacles and discussed where these issues stem from.

Wait times for C.A.P.S. services are one of the biggest obstacles for students to receive care, according to Brian Olowude, director of C.A.P.S. Students are often discouraged by the waiting period between appointments, and there is currently a struggle to determine the best way to solve this issue without compromising quality care, Olowude said.

Olowude added it has also been a challenge to learn how to effectively educate students about other campus mental health services besides C.A.P.S. — such as C.A.R.E and the UCSB Alcohol & Drug Program — that may better fit their needs.

Several campus organizations also had the opportunity to table at the event and answer attendees’ questions. Campus Advocacy, Resources & Education (C.A.R.E.) was one such organization, which sought to increase its visibility and presence in the mental health conversation at UCSB.

“Many survivors don’t know that C.A.R.E. is not just about advocacy — it’s also very much focused on overall student mental health and well-being,” Shalmali Patil, a C.A.R.E peer educator and third-year psychological and brain sciences and statistics and data science double major, said.

Students also discussed intersectionality in relation to mental health, voicing concerns about finding resources that are accessible to their unique communities and people who understand the particular issues they might encounter.

“There are often certain obstacles and challenges faced uniquely by minority communities. I also hope to see a more accessible and clear directory showing which resources are available to students for a variety of different issues,” Sir said.

The climate crisis was another growing area of concern that can impact mental well-being, Julia Fine, a doctoral student in linguistics, said.

“Our studies indicate that high levels of concern, anxiety, anger and grief are all connected to the climate crisis … [so we are] interested in how we can use the resources on campus to support student climate activists,” Fine said.

Sir said a follow-up to the town hall is scheduled to take place sometime in the near future and said that she hopes that the follow-up will help establish tangible change to campus resources.

“We hope this can be an ongoing event for years to come so that we can continue to provide a platform for the community to give their input and conduct a friendly check-in on the state of UCSB’s student resources.”

No student and no faculty ought tolerate a climate of “stigma” on any campus.