The Daily Nexus
News
Unknown Suspect or Suspects Cause “Significant Damage” to Women’s Restroom in Buchanan Hall
February 5, 2020 at 4:09 pm by Evelyn Spence

According to a police report about the incident, two UC Santa Barbara students first discovered the damage around 7:45 p.m. on Jan. 28, after leaving a nearby class. 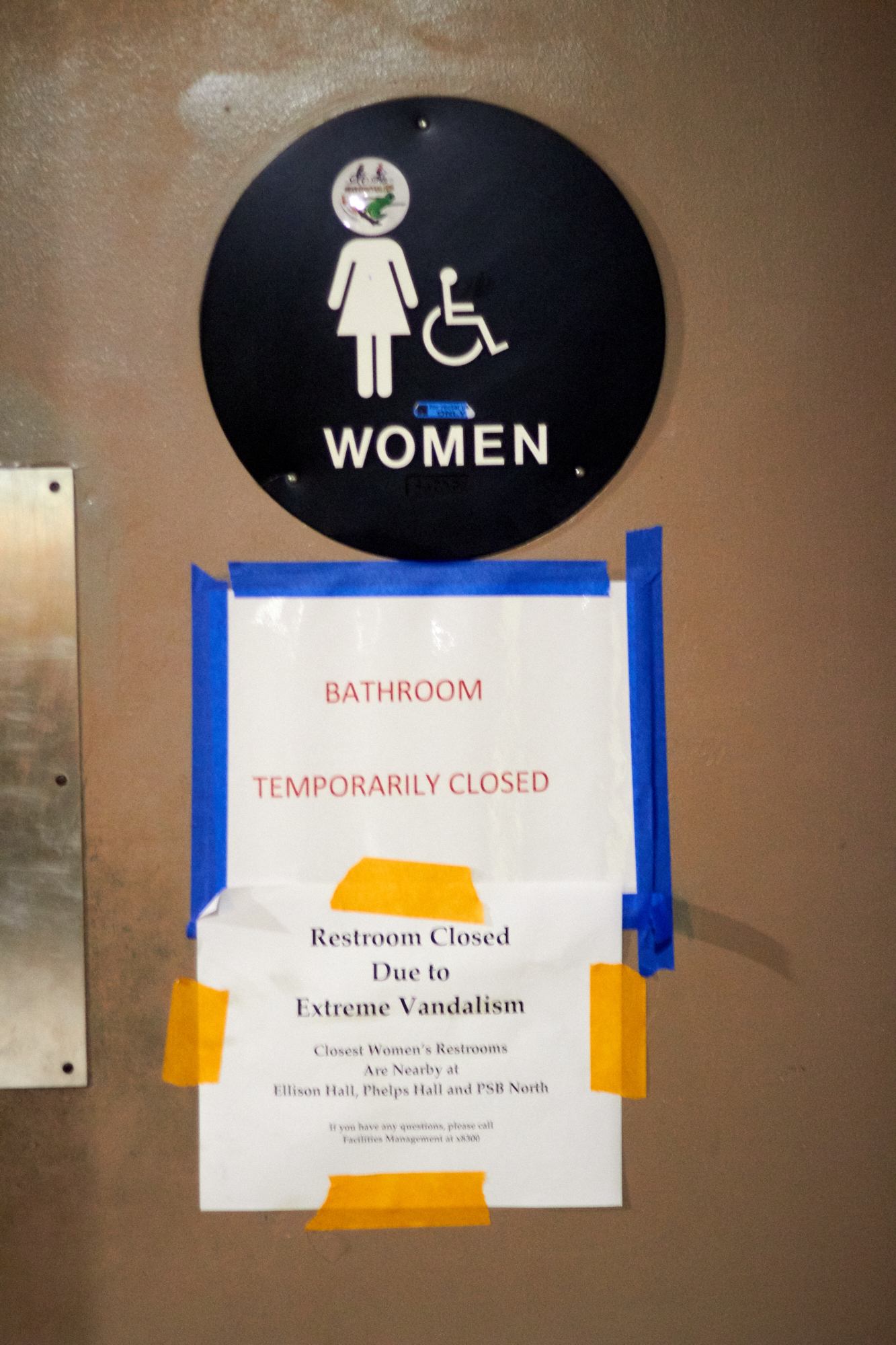 “Upon entering the women’s restroom, [the students] found significant damage to the bathroom sinks and some minor damage to the toilets,” the report states.

Water was still running from all three of the sink faucets when the two entered, according to the report. The students turned off the water, called the police and checked a nearby lecture hall, Buchanan 1910, to “see if anyone saw or heard anything.” Three students in the classroom reportedly “admitted to hearing loud noises and breaking glass” approximately 20 minutes prior, but they assumed it was “someone throwing out trash that contained glass.”

Police later spoke to the students in Buchanan 1910, who said they did not leave the classroom when they heard the noise because they “assumed it was [facilities management] doing work inside of the restroom.”

None of the students saw anyone leaving the area, according to the report.

In total, the suspect or suspects:

Police also found graffiti on the mirrors, which included the phrases, “Smoke the Mary” and “money,” but it is unknown at this time whether the graffiti had been there prior to the incident, according to the report.

No other damage was found in nearby restrooms.

Police officers also reached out to the Daily Nexus’ satire section, Nexustentialism, about the damage. The police report references a satire article the Nexus had published on Jan. 24; the article in question, “An Ode to Buchanan, The Land That God Forgot,” was a satirical piece about the state of the Buchanan restrooms and Buchanan as a whole.

The restroom will remain closed until Feb. 17, according to Andrea Estrada, university spokesperson.