The UC Santa Barbara Interfraternity Council implemented a series of new policies — including a ban on hard alcohol — for all fraternity social events at the beginning of Winter Quarter 2020, which council president Jason Stone detailed at the second Task Force for Safer Social Events in Isla Vista meeting on Monday. 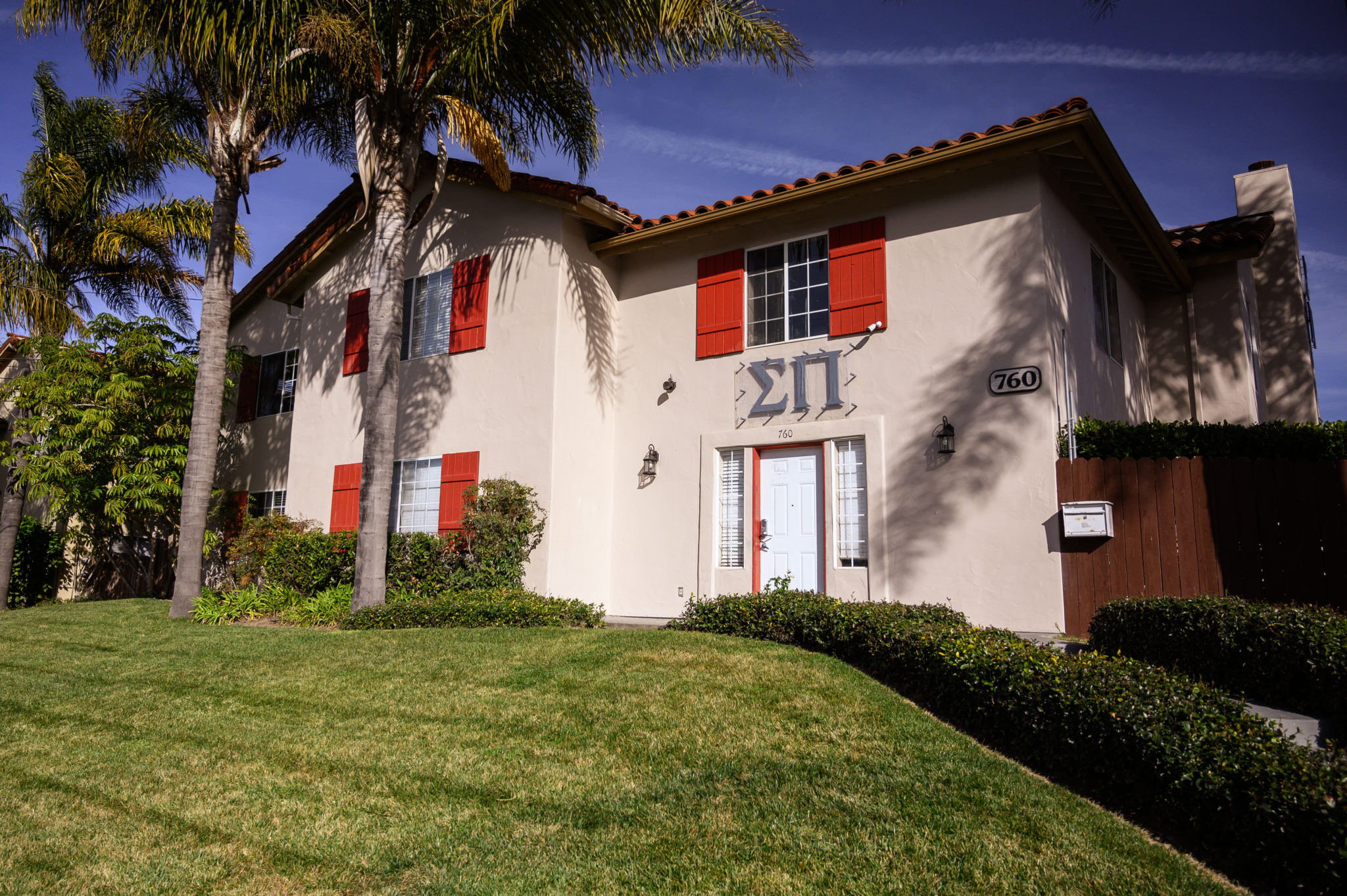 The task force was initially formed in Fall Quarter 2019 in response to a series of reports of sexual assault allegations involving fraternities during the quarter. Much of the discussion at the Monday meeting, which included representatives from various campus offices and student organizations, centered around the recent regulations and how they were being enforced.

“[The policies were] generated through a lot of really collaborative conversations among all of our IFC organizations along with Panhellenic organizations, and [by] communicating amongst all Greek leadership as well as discussing and considering input from other community members,” Stone began.

“We’re really hopeful that some of this can be translated to all community and campus organizations so that all of those events can become safer.”

The first policy Stone introduced, and the one he described as the biggest change, was the addition of mandatory “sober hosts” at all IFC events.

“Essentially what that means is the hosting organization, or organizations… [have] a collection of sober host monitors who are there to take charge, take the lead, make sure that everything is running as it should be. If there were any concerns or any issues that came up, those would be the first points of contact,” Stone said.

“In addition to just having those people present at the events, we also have outlined ways for them to be very clearly identifiable,” he added.

Stone also clarified later in the discussion that all sober hosts are required to wear neon vests, similar to those construction workers wear, so they can be easily recognized.

“It’s one thing, especially at a crowded event, to be sober or to be in charge. It’s entirely another for other people to know that that [a] person is in charge and capable of handling anything that may come up,” he said.

Stone said the neon vest requirement is consistent across all IFC fraternities, so that if an individual attends multiple IFC events in one night, they would still be able to find a sober host easily.

The current required ratio is three sober hosts for the first 50 guests, and then an additional sober host for every 25 additional guests, Stone said.

In addition to mandating sober hosts at all IFC events, Stone said that fraternities are beginning to set up sober stations that would serve water and act as an area for attendees to step away from the party. Stone added that the station would also serve as a “centralized location” for the sober hosts.

The IFC is also requiring that a sober host be stationed at the entrance of each social event, in order to ensure there is a “competent entry process going on,” Stone said, and so sober hosts can introduce themselves to anyone coming in who might not be aware of their presence.

Another significant change the IFC implemented was the banning of hard alcohol — all alcohol above 15% ABV — which Stone said was a policy adopted from the council’s national organization.

“That has been a really important shift, especially when it comes to our discussion of blackout culture and the effect that that has in Isla Vista in general,” he said.

Stone also added that the IFC is now mandating that water be served at all social events. He also clarified that these policies would apply for all social events, not just those held in I.V., but also for off-site events like in downtown Santa Barbara when organizations might rent out a venue.

Jennifer Selvidge, a representative from the Graduate Student Association, noted during the Q&A portion that she wanted the committee to discuss developing a policy that would address the issue of date-rape drugs, the use of which is often premeditated, particularly since an individual would likely purchase them while sober, she said.

Ally van Dorsten, the Collegiate Panhellenic Council president, noted that the hard alcohol ban essentially means that there will be no open containers at IFC social events now.

“There’s not a lot of opportunity at these events for people to be drugging, because it’s all closed, individual, single container alcohol that is being served to people of age,” van Dorsten said.

“I don’t know if the rules that IFC has implemented [are] capable of that reach of trying to prevent people from roofie-ing other people.”

“Maybe this is just beyond the scope of what I think is tangible and possible right now for improvement right now. I don’t know if it’s possible to use these rules to stop people who have a sober intent of hurting someone else,” van Dorsten added.

Vince Matthew Feliciano, the vice president for Students Against Sexual Assault, pressed Stone about how the sober hosts would be held accountable.

Stone said the council had purchased breathalyzers, and has been dropping in on various IFC events to breathalyze the sober hosts. If someone is found to not have a 0.00 blood alcohol level, Stone said the event would immediately be shut down.

All IFC fraternities are now required to register their events with the IFC ahead of time, Stone added, so that the council would be able to check on all the sober hosts.

“I would love to hear how members are feeling about a hard alcohol ban — not leaders, members,” Conway said.

Stone acknowledged that he faced pushback when first introducing the idea, but said IFC spent time talking to not just fraternity leadership, but with general body members at chapter meetings about all the changes the IFC was introducing.

“At first, it was definitely not an easy sort of conversation, it was not something that everyone was super excited to sort of take on,” Stone said.

In response, Conway noted that many students might drink more heavily before the event if they know they won’t have access to hard alcohol at the event.

“I wanna make sure we’re not moving the problem maybe earlier in the night,” Conway said. Stone said the sober hosts would play a role in this as well, making sure that people entering the event aren’t too intoxicated.

van Dorsten added that she’s noticed that even if people are drinking heavily before attending a fraternity event, it’s typically easier to notice — and take care of someone — at a pregame, as opposed to if someone is binge-drinking at a fraternity event.

Stone stressed at the Monday meeting that these regulations were just the first step in trying to reduce harm, or the potential for harm, at fraternity social events.

“The one thing I do want to emphasize is that this is absolutely an ongoing process for us, as I think it should be for everyone. Risk prevention doesn’t end after you change one rule, it’s ongoing, and it’s to continue to create a safer and safer environment.”

Do people actually think this will work, or do anything major to help? This will likely turn out just about as well as the Prohibition did. If anything, it’ll make it more of a fun game, because they’ll have to be sneaky, and the taboo would be exciting (roaring ’20s again?). The way to solve the issues surrounding all of rape allegations and physical assaults occurring is simply to not go to their events. Don’t invite people who are going to cause problems to your parties, and don’t go to theirs. By frequenting their groups or giving them additional opportunities,… Read more »

This is crazy. Like they won’t just keep the hard stuff in their rooms and take shots there behind closed doors. Absolute stupidity at its finest. Cocaine is illegal, but I can tell you 100% that some of these frat boys are doing lines behind closed doors. This will accomplish absolutely nothing.

So frats will be policed by their own members to prevent sexual assault? Sort of like how the Catholic Church and the Boy Scouts policed their own members? This is just a public relations gimmick that’ll do nothing of consequence.