The Daily Nexus
News
On the Grind: Student-Run Coffee Company Drips Down to UCSB
February 2, 2020 at 10:00 am by Celeste Chavez Hernandez

UC Santa Barbara students recently welcomed a new cold-brew coffee product to campus — this one without the associated anxiety and caffeine crash. 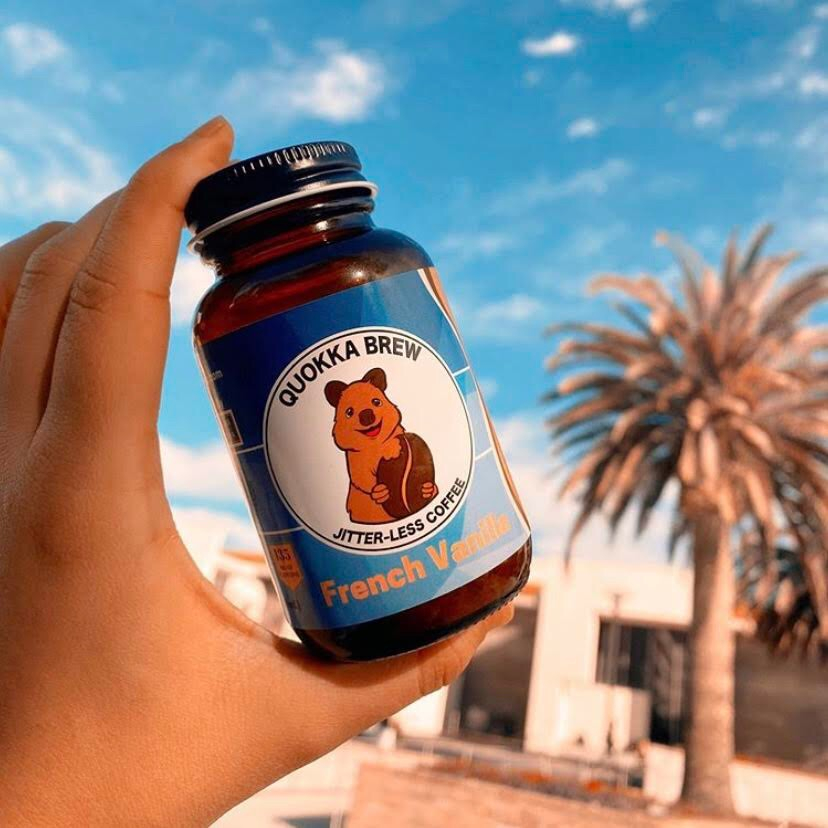 The idea of Quokka Brew was initially ridiculed but has proven successful and financially self-sustaining. Courtesy of Adam Chohan

The student-run coffee company, known as Quokka Brew, was created at UC Berkeley and is now expanding to other campuses across California. As president of the Quokka Brew Ambassador Program at UCSB, fourth-year chemical engineering major Adam Chohan said he is helping expand the brew to UCSB.

Chohan said he first heard about Quokka Brew from UC Berkeley students Ofek Arush and George Passantino, who realized they needed caffeine during finals week in 2018 but found that the anxious jitters and excessive sugar that come with coffee weren’t worth it.

The co-founders then formulated the idea for an ideal brew that would be an effective energizer and healthier alternative to traditional brews. They soon after consulted with chemists and food scientists in the Bay Area to craft this into a reality, Chohan said.

Five months later, Quokka Brew was being distributed in 4-ounce glass bottles around the Berkeley and San Francisco area — marked with a beaming quokka, a small marsupial similar in size to a cat. Containing 15 calories, 1 gram of sugar and almond milk, Quokka Brew is currently the healthiest non-black coffee on the market, Chohan said.

According to Chohan, the science surrounding Quokka Brew’s effectiveness revolves around the circulatory system, where some coffee drinkers experience caffeine’s infamous jitters.

“Caffeine normally restricts your veins, so less blood pumping through the circulatory system causes the heart to start pumping harder and counteract that, which is where the jitters and anxiety arise from,” Chohan explained. “The amino acids in [the Quokka] blend act as vasodilators which dilate the veins so blood flows through the circulatory system with the same caffeine intake.”

The idea of Quokka Brew — to provide the benefits of caffeine without its negative side effects — was initially ridiculed as an impossible feat but has proven successful and financially self-sustaining, Chohan said. The brew is sold in 10 stores across the Bay Area and is backed by a team of 46 students at UC Berkeley.

As the company transitions into its second year of production, it continues to expand to college campuses across the state, including Cal Poly San Luis Obispo, Sacramento State and now UCSB. Across each campus, the company tables, creates ambassador programs and works to get the product sold in nearby stores.

“The steps we are taking here are very similar to the steps that UC Berkeley took but they are happening a lot quicker because the response has been really awesome. I think mostly it is because people are very friendly here and students are eager to support student-run business models,” Chohan said.

While popularity grows on campus, the company is looking forward to making some pivotal adjustments including using a fair-trade coffee roaster and transitioning to aluminum cans. The brew is currently only available at Sam’s To Go in I.V., but Chohan said they hope to soon sell Quokka Brew at the UCen, the Arbor and the Corner Store on campus.