On Wednesday, the Associated Students Senate voted to pass a bill to mandate negotiations for a specialized contract for construction workers who work on campus projects built with student fees. 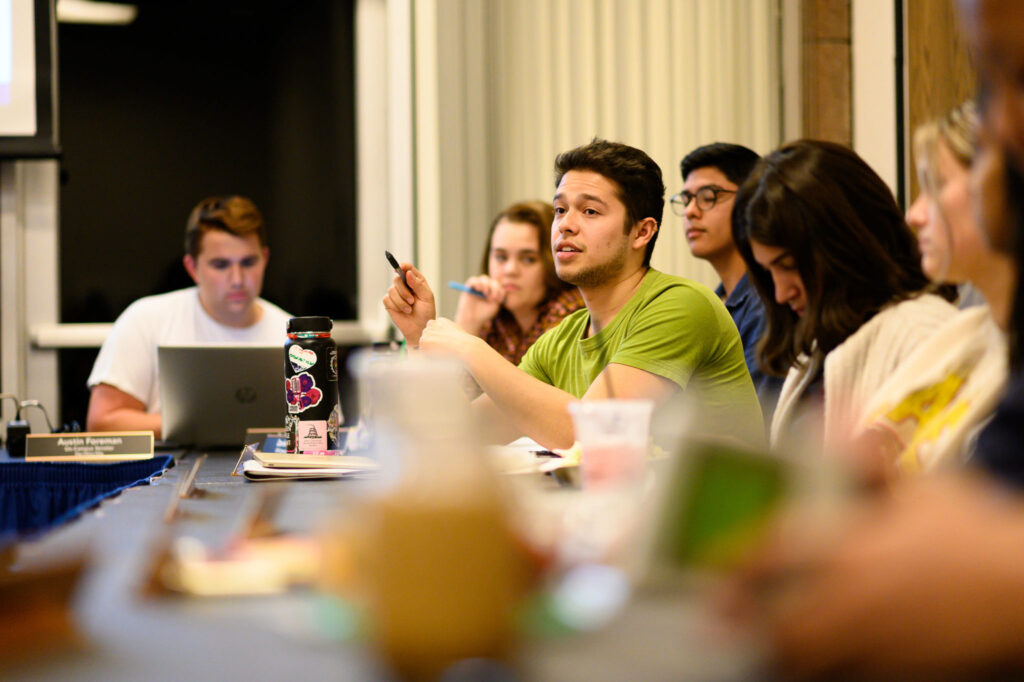 The specific contract, known as a project labor agreement (PLA), primarily serves to hire more local workers, according to Nickolas Harvey, a labor organizer for United Association who the resolution’s author, Off-Campus Senator Daniel Segura, consulted with when writing the bill.

The bill focuses on new construction projects used with student fees and does not affect current laborers on other works or projects in their bidding phase, according to Off-Campus Senator Justice Dumlao, who seconded the bill.

The bill will take effect immediately, rather than the next school year, due to specific language within its writing requiring that the bill be “enacted and enforced immediately.”Segura said that the resolution is aimed at “keeping things local and making sure that the workers that we are contracting with are unionized” and to ensure that “people that aren’t being brought in from other places just because it’s cheaper.”

The Associated Students (A.S.) Bike shop, which the university is currently looking to relocate, is an example of an institution which might require a PLA, should it require construction work.Buildings which are paid for with student fees include the A.S. Bike Shop, A.S. Annex and  Pardall Center, according to Dumlao.

“If those things were to be expanded, or moved, or changed, that’s what this bill could fall under,” Dumlao said. If any A.S. entity decides to make another space and contract with construction workers, they would be required to negotiate a PLA, according to Dumlao. PLAs “are a fantastic way of ensuring that the project will include local workers even if the contractors are from out of town,” Harvey said.

“Also, it’s the only legal way of enforcing local hire,” he added.

The bill contains a provision which calls for the Senate to pass a resolution of no confidence in the university should a UCSB office “interfere with the enactment of this bill,” but Dumlao added that a no-confidence resolution would largely be a gesture, rather than any kind of divestment.

Dumlao cited the bill’s emphasis on union contracts, partially inspired by recent union actions, including AFSCME 3299’s tentative contract with the University of California, as an attempt to get the university to be more union-friendly.

“This bill in particular was more of a proactive move because of all the union stuff that’s been going on in order to try and get our university to just show more support for unions,” Dumlao said.

Correction [2/02/2020, 1:37 p.m.]: A previous version of this article incorrectly stated that Nickolas Harvey is a labor organizer for Union Auto Workers Local 114. This article has been corrected to reflect Harvey’s role with the United Association, not UAW Local 114, as labor organizer.