The Daily Nexus
Volleyball
No. 3 UCSB Set for Primetime Matchups Against No. 2 BYU
January 30, 2020 at 5:15 am by Jesse Morrison 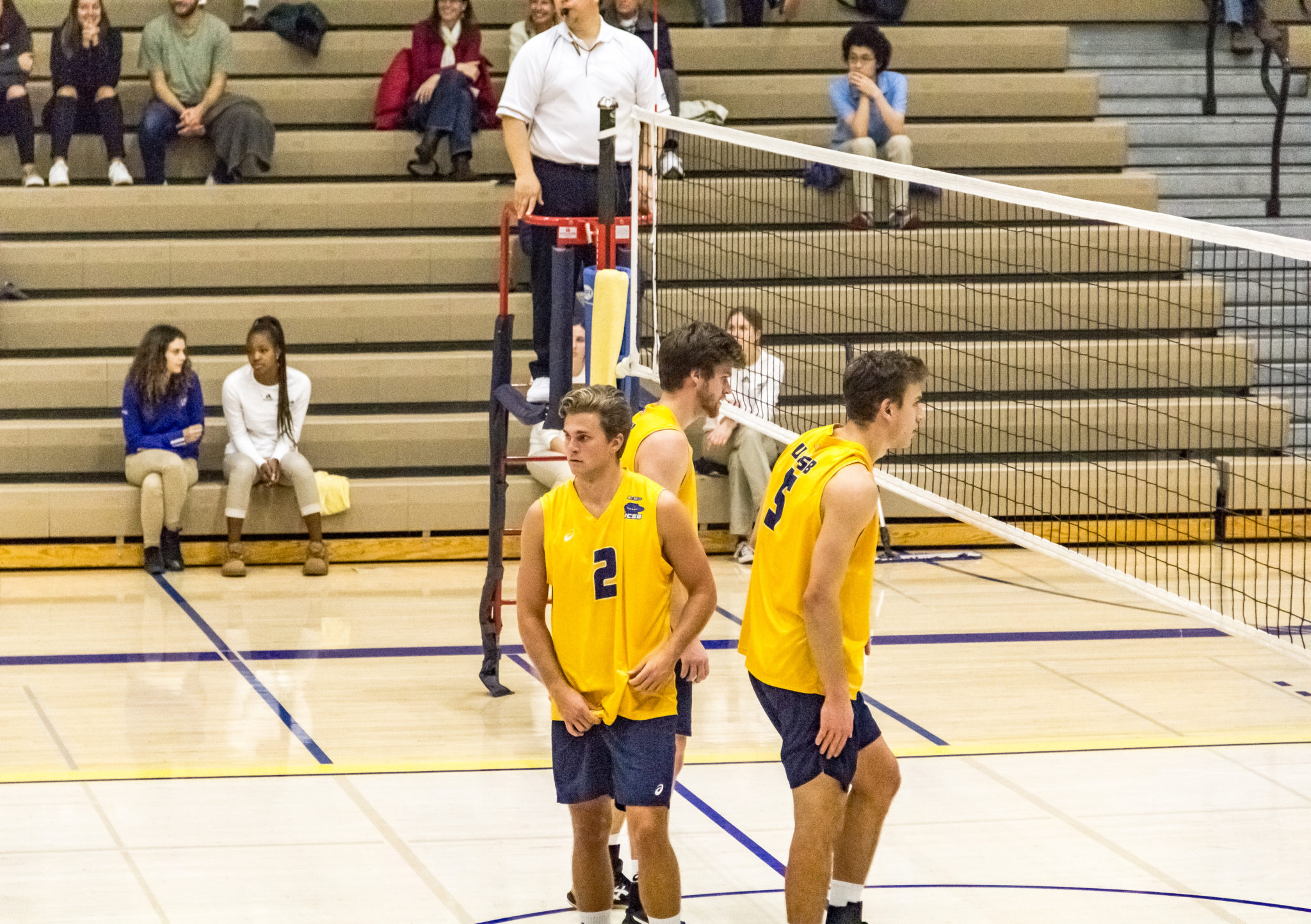 The UC Santa Barbara men’s volleyball team travels to Utah this Friday for two games against Brigham Young University (BYU. These schools come into the week with two of the top volleyball programs in the country, with BYU at No. 2 and UCSB in the No. 3 spot. Santa Barbara (6-0) and BYU (8-0) have both been perfect to start the year, making this weekend’s matchup even more exciting. Will one of these schools go to 2-0 on the weekend? Or could they split victories and see two of the remaining four unbeaten teams go down?

UCSB has been playing great volleyball to start the 2020 season, sweeping every team they have gone up against. The competition hasn’t been a walk in the park either, but Santa Barbara has just continuously risen to the occasion. Some of their notable victories this year include wins over No. 13 Concordia Irvine, No. 11 Purdue Fort Wayne, and over former No. 8 Stanford. Yes, this weekend’s series of games will be Santa Barbara’s biggest test to date; however, the Gauchos will definitely travel to BYU prepared and with the mindset that they can and should win this game.

The proof of UCSB’s great play this year is clearly evident in their statistics. The Gauchos currently hold the highest rank in the Big West Conference for kills per set, digs per set and assists per set. A large part of their offensive success this year is because of the play of senior setter Casey McGarry. McGarry just recently earned Off the Block National Setter of the Week honors for the second consecutive week for another impressive performance versus Stanford. He racked up another 30-plus assist match, his fifth time doing that in just six games this year.

Luckily for McGarry, he has several talented offensive options he can target each time he takes the floor. Some of those targets include senior setter Randy DeWeese and senior outside hitter Roy McFarland. Both of these fourth-year players are currently leading the team in kills, with DeWeese at 56 and McFarland at 38. These two will need to be at the top of their games come this weekend if UCSB wants to steal a couple of road wins.

UCSB won’t underestimate BYU, as they have several notable weapons. The 6-foot-9-inch outside hitter Davide Gardini has 126 kills on the season and could cause some problems for UCSB’s defense. Also, Gabi Garcia Fernandez is a 6-foot-7-inch opposite hitter who has been very productive this year for BYU, racking up 123 kills so far. If UCSB can slow down either of these standout hitters — a tough task for that Gaucho defense — their chances of success will increase significantly.

I am interested to see what happens after this Friday night’s game. Will adjustments be made by the losing team before Saturday’s game and what will those adjustments be? Last year, UCSB traveled to BYU for the same back-to-back and came home with two 3-0 sweeps. With the way Santa Barbara has been playing to start the year, it is hard to bet against them. I think UCSB is going to pick up two huge wins in Utah and claim the No. 2 spot in the nation. If you want to watch the games, they both will be livestreamed on BYUtv.