The Daily Nexus
Sports
Gauchos Take On First Place Aggies Looking for Revenge
January 30, 2020 at 6:38 am by Brandon Victor 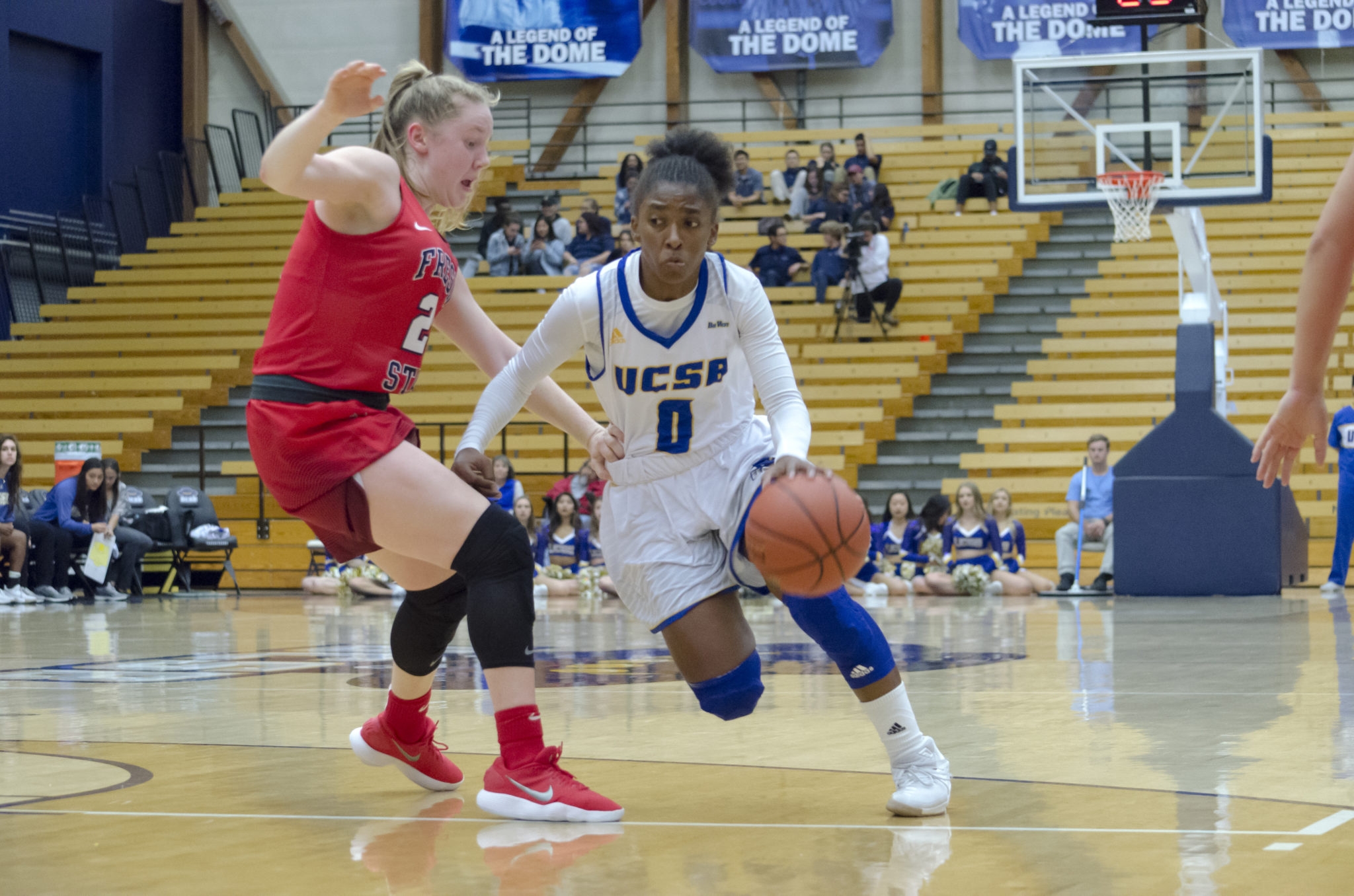 After six games of conference play last season, the UC Santa Barbara women’s basketball team found itself in the cellar of the conference with a 1-5 record.

Following the team’s stellar offensive performance on the road against Cal State Fullerton, the Gauchos are firmly in the conference race, sitting in fifth place with a 3-3 conference record. If UCSB truly hopes to challenge for the regular season conference title, the team will need to knock off UC Davis on Saturday — who currently lead the conference with a 4-1 record in Big West play.

Knocking off the Aggies on the road will be no easy task for the ‘Chos, who just last Thursday fell 56-46 at home to Davis. Despite limiting Davis to its second lowest offensive tally in conference play, the Gauchos poor offensive display ultimately doomed the team. In that game, Santa Barbara merely shot 28.1% from the floor and only had three players score more than two points.

Every time UCSB seemed to make a run in that game, senior guard Katie Toole would make a basket to ensure that Davis kept the lead. On the night, Toole paced the Aggies with 18 points on an efficient 8-14 from the floor.

In the rematch, the ‘Chos will have to try to keep Toole in check while not throwing too many numbers at her on defense. Davis features one of the most balanced offensive approaches in the conference — with no single player averaging more than 29 minutes per game.

“Davis is always a tough team to play because they play very consistently and their offense has a lot of motion to it,” junior guard/forward Mira Shulman said. “They also have a lot of people shooting a very high percentage, which makes packing in the paint hard.”

At the end of the day, however, UCSB’s success will come down to its ability to generate offense against a sturdy Aggies defense that has played lights out as of late. In the Aggies’ road win over the weekend against Cal Poly, they held the Mustangs to 36 points on only 29.5% shooting from the floor.

As has been the case all season, the ‘Chos will surely look to get freshman Ila Lane involved early. A double-double machine, Lane was one of the few bright spots for UCSB in the first matchup between these sides, scoring 12 points and grabbing 14 boards.

In the second half, however, the Aggies started to double-team Lane in the post, and limited her to only 5 second-half points. With Davis likely to employ a similar strategy on Saturday, UCSB will need their guard play to step up and carry the load on offense.

While senior guard Coco Miller and junior point guard Danae Miller both finished with double figures in that matchup, they did so on inefficient splits, with Coco going 3-11 and Danae going 5-20 from the floor.

If the Gauchos are to keep pace with Davis, they will need their bench to continue to provide an added scoring punch, taking some of the pressure off of Coco and Danae. Against Fullerton, the bench scored 34 total points — including double-digit performances from senior Tal Sahar and sophomore Megan Ormiston.

Playing Davis away is never an easy matchup — especially given Davis’ success this season in conference play already. Still, if the ‘Chos can come up with a more efficient performance from the floor, they have the firepower necessary to keep pace with the Aggies.