The Daily Nexus
Volleyball
No. 3 UCSB Extends Win Streak With Sweep Of No. 8 Stanford
January 27, 2020 at 1:38 pm by Jesse Morrison 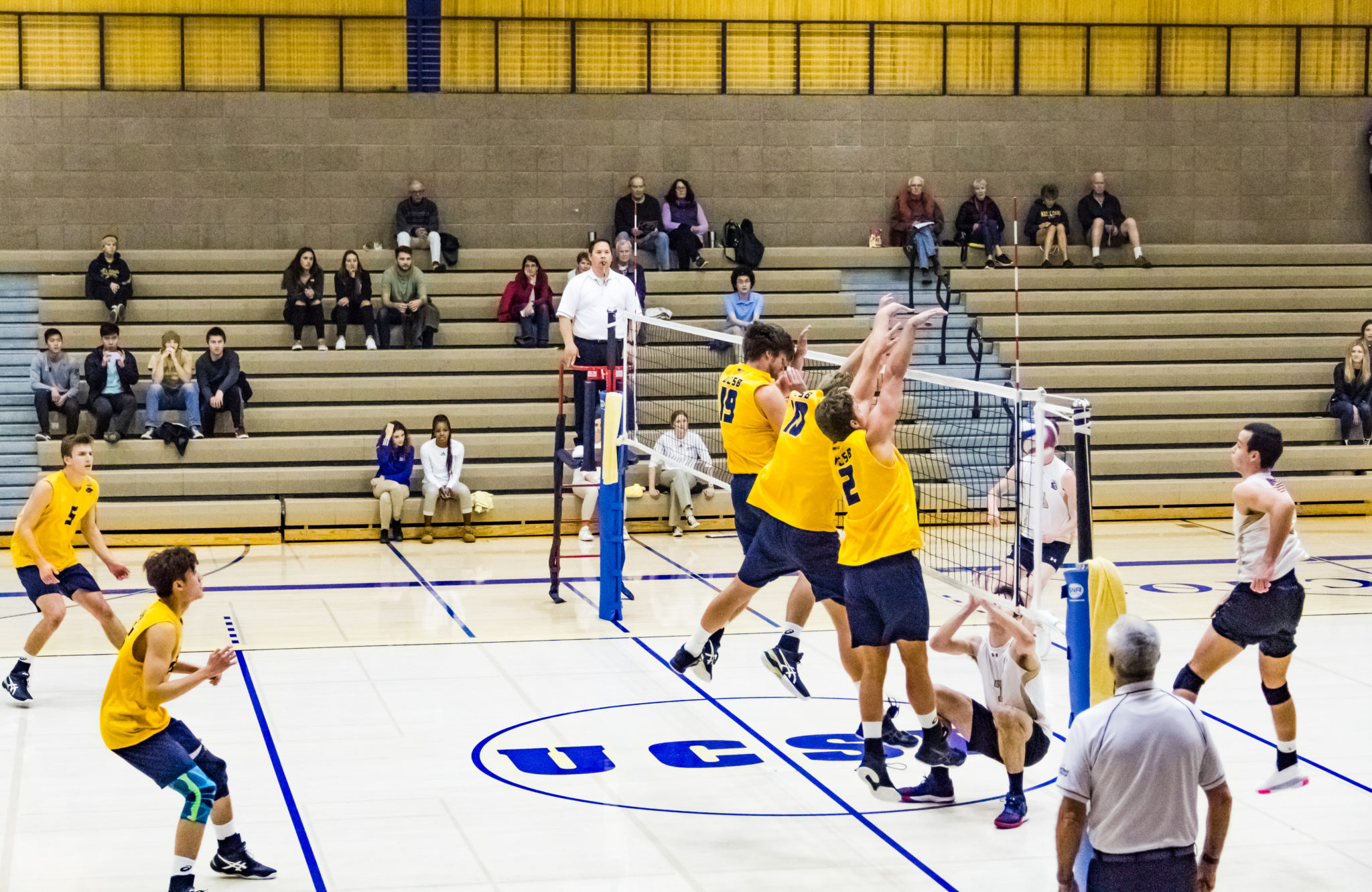 The No. 3 UC Santa Barbara men’s volleyball team had a record-breaking weekend after defeating No. 8 Stanford by 3-0 on Saturday. The Gauchos were challenged with their first true road match of the year as they traveled north to take on the Cardinal.

They came into this one with a perfect 5-0 record, having picked up victories in 15 straight sets. UCSB would proceed to extend their impressive set winning streak to 18 after another dominating performance. This is the first time in program history that UCSB has started its season with 18 straight, a truly remarkable achievement.

Although UCSB swept Stanford, the sets were still rather close. The first of the three sets was all about runs. The Gauchos came out strong, securing a 12-5 lead. But Stanford would respond by rallying off a series of kills, reducing their deficit to 11-14. However, UCSB would find their rhythm midway through the set and begin to take over. Senior Roy McFarland struck often for the Gauchos during this game. He had a big day, racking up 9 kills in the match. UCSB successfully took the first set 25-21.

The second set was probably the most back and forth of them all. The teams traded kills until the score became tied up at 14. That’s when UCSB’s defense began to take over. Their defense, led by senior Keenan Sanders, who had 5 block assists, and McFarland, who finished with 8 digs, helped fuel an 11-4 UCSB run. From that point on, it was just too much Santa Barbara for the Cardinal, as the Gauchos took the second set 25-18.

The third and final set was similar to the first two. Things were close early on before UCSB’s cohesive and united style of play began to dominate over the Cardinal’s. Senior setter Casey McGarry had another big game, racking up 33 assists in the match and extending his impressive streak to six straight games with 30+ assists. The Gauchos took the third and final set 25-18, securing their sixth straight victory of the season.

UCSB has a week off before taking on their next biggest challenge of the season. This Friday and Saturday, Santa Barbara will travel to Utah to take on No. 2 Brigham Young University (BYU) in games on back-to-back nights. A series of wins here would be huge for UCSB giventhe men’s volleyball national rankings. If that were to happen, these teams would most likely flip-flop in their rankings. What a moment it would be for small-town UC Santa Barbara to be the No. 2 team in the country.

UCSB can’t underestimate BYU, as they have several notable weapons. The 6-foot-9-inch outside hitter Davide Gardini has 126 kills on the season and could cause some problems for UCSB’s defense. Also, Gabi Garcia Fernandez is a 6-foot-7-inch opposite who has been very productive this year for BYU, racking up 123 kills so far. If UCSB can slow down either of these standout hitters — a tough task for that Gaucho defense — their chances of success will increase significantly. I think UCSB will continue to ride this impressive streak they are on right now and take down BYU on the road. Both of the games tip off at 7 p.m. MST in Utah this Friday and Saturday. Go Gauchos!