Last Wednesday, UC Santa Barbara’s Associated Students Senate unanimously approved a resolution that supports the rolling over of leftover meal plan swipes at the end of each week at campus dining commons.

The resolution is positional, meaning that it encourages UCSB Housing, Dining & Auxiliary Enterprises to implement these ideas to ensure students’ meal swipes are not wasted. The Senate itself cannot choose to make the switch. 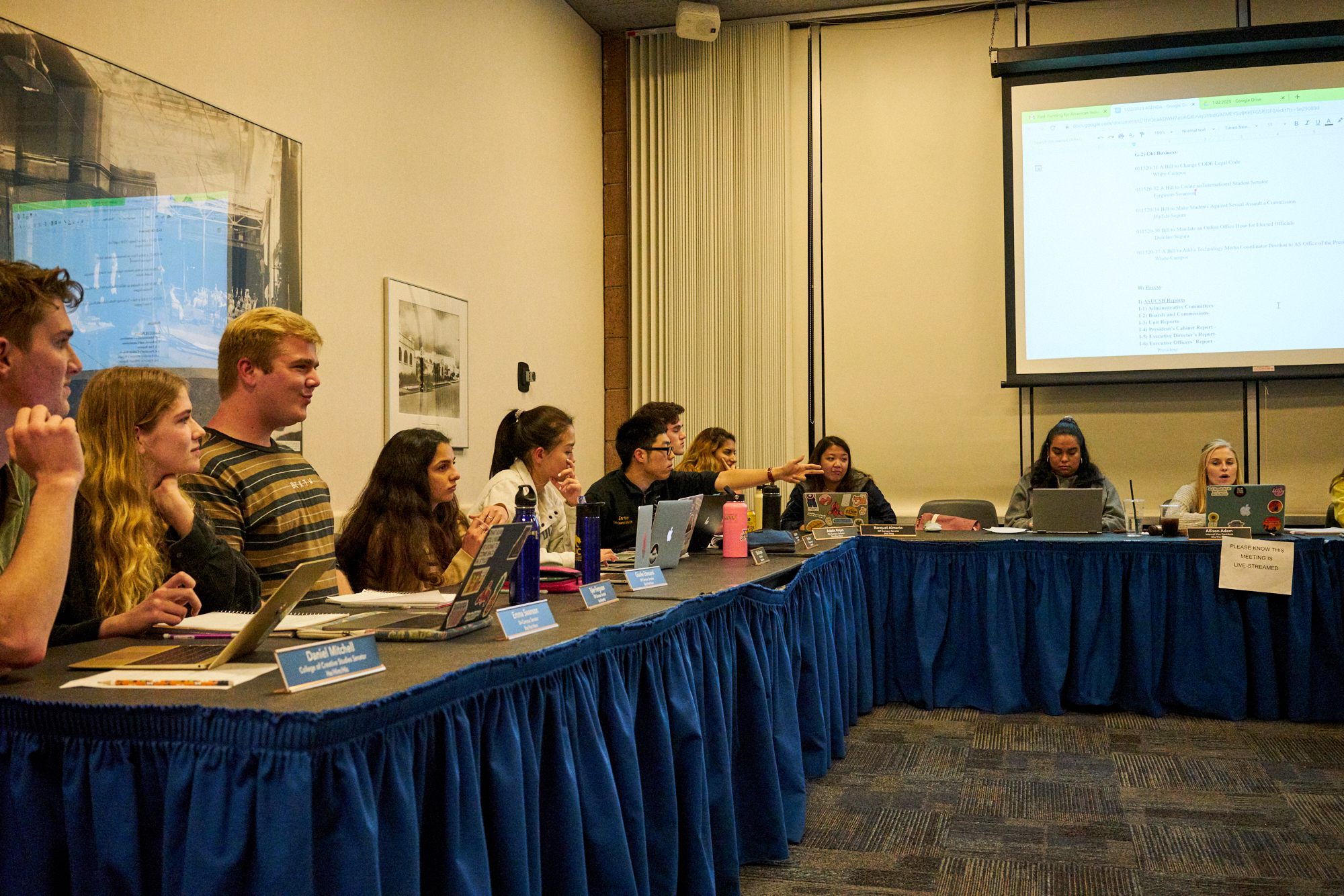 The Senate unanimously approved a resolution that supports the rolling over of leftover meal plan swipes at the end of each week. Sicheng Wang / Daily Nexus

The proposal, as detailed in the resolution, would allow meal swipes to be used throughout the quarter rather than expire each Sunday after dinner.

“In order to make full use of student meal plans, there needs to be amendments to how meal plan swipes can be used, by whom, and when they expire,” the resolution reads.

Additionally, the resolution states that students with 17 meal swipes per week or fewer should be able to swipe guests into the dining commons with their own meal swipes, rather than be charged a $12 fee for each guest.

According to the UCSB Housing website, a standard 14 meals per week costs $1,532 per quarter. Students who choose to live in the dorms are mandated to buy a meal plan, the cost of which is added in with their housing expenses.

“As a lower-income, first-generation, queer college student, I understand the struggles of not knowing when your next meal may come sometimes. I couldn’t afford a meal plan this year because of how expensive they are,” Ferguson said in Wednesday’s meeting.

The resolution supports several other modifications to the current meal plan rules, namely removing the cap on how many meals students may donate to the Associated Students (A.S.) Food Bank each week, which is currently at a maximum of three.

Prior to the resolution, the A.S. Food Bank had already been working with Executive Director of Campus Dining Jill Horst to try to implement a policy to allow students to donate more of their meal swipes per week, according to Eric Nava, the Food Bank’s student coordinator and fourth-year religious studies major.

“We’ve been working with Jill to try to raise this cap for about three years now and the process has been very stagnant,” Nava said.

Nava said the A.S. Food Bank staff supports the resolution and is hopeful that the added support of the Senate position can help them meet their goals in raising or abolishing the current donation cap.

“The issue isn’t just about accessibility, but also about waste, specifically a waste of money. When something is paid for, it should remain in the system and be reused for students who need those swipes,” said Soha Sadeghinejad, the student sponsor of the resolution.

However, this isn’t the first time meal rollovers have been discussed. Ferguson referred to similar demands made in 2006, when a survey showing support for meal rollover was presented to the UCSB Dining Services director, the Housing & Residential Services executive director and the Residential Housing Association president, citing a previous Daily Nexus article.

“In 2006, On-Campus Senator Nathaniel Wood-Wilde presented a survey to RHA showing that a majority of students supported a meal swipe rollover policy. The RHA were ‘considering the implementation of rollovers in student meal plans’ and were ‘definitely interested to see what works best for students,’” Ferguson said.

“Food insecurity is no joke; it’s a big issue on college campuses, and this resolution is another step in the right direction. Students desperately want change, and through advocacy and support we can make that change a reality,” Sadeghinejad said.

Thank you all for doing this. Unfortunately, I seriously doubt UCSB Housing would make such a concession. Is there a way we could show our support for such a resolution?