Over 250 students from around campus and across the country spent 36 hours at the Student Resource Building and Corwin Pavilion coding nonstop over the weekend at the second annual Womxn/Hacks, a hackathon at UC Santa Barbara dedicated to promoting an inclusive environment for female-identifying people interested in S.T.E.M. 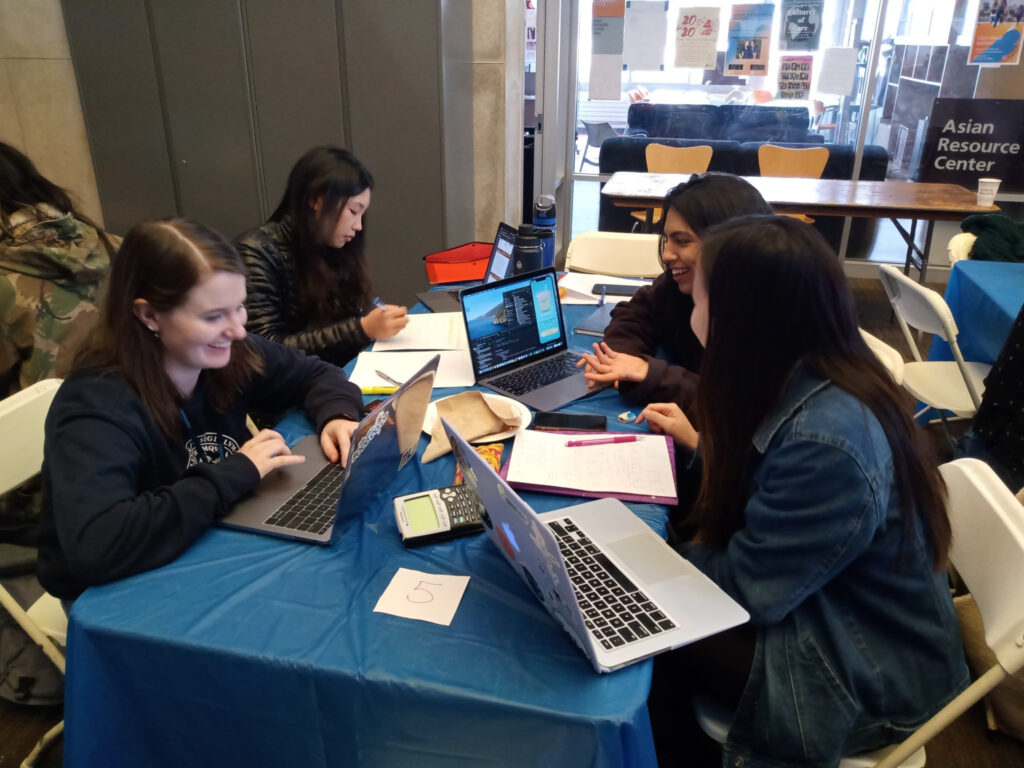 The second annual 36-hour hackathon organized by Womxn/Hacks took place from Jan. 17-19 in the Student Resource Building. The event provided an opportunity for female-identifying and non-binary students to create and present innovative or useful tech projects. / Courtesy of Surya Pugal

The Womxn/Hacks officer team, which consisted of students from various majors and school years, spent months behind the scenes organizing the hackathon, an event spanning three days during which participants develop useful or innovative tech projects and then present these projects to a series of judges.

According to Mina York, fourth-year sociology major and president of the officer board, Womxn/Hacks was spearheaded last year by Sarina Abrishamcar, president of the American Association of University Women (AAUW) and current advisor for WomxnHacks.

Abrishamcar, along with several other AAUW officers, created Womxn/Hacks as a means of bridging the enduring gender gap within computer science.

York largely attributed this disparity to stereotypes reinforced at an early age, asserting that “boys are often raised building things, whereas girls are often raised playing with dolls and taking care of things.” York also pointed out that most middle school and high school S.T.E.M. teachers tend to be male, further exacerbating the effects of imposter syndrome for female students, as well as students who do not fit into the male-female binary.

To better tackle the pressing inequity within computer science and S.T.E.M. at large, the officer board this year has doubled in size, consisting of 26 officers as well as five additional interns.

Greater emphasis had also been placed on mental health, as displayed in the creation of the Hacker Experience board, a subset of the officer board focused on putting on events related to emotional well-being, such as stargazing and mason jar painting. These events served to break away from the competitive nature of hackathons and de-stress those who may be overwhelmed with pressure to create a working product.

Kitty Fung, fourth-year computer science major and head of Hacker Experience, asserted that the ultimate goal for Womxn/Hacks was to “provide a safe space for all female-identifying and non-binary students on campus to code together.” This sentiment was evidenced by the presence of several female-identifying keynote speakers and industry leaders, who helped reinforce the idea that “empowered womxn empower womxn.” 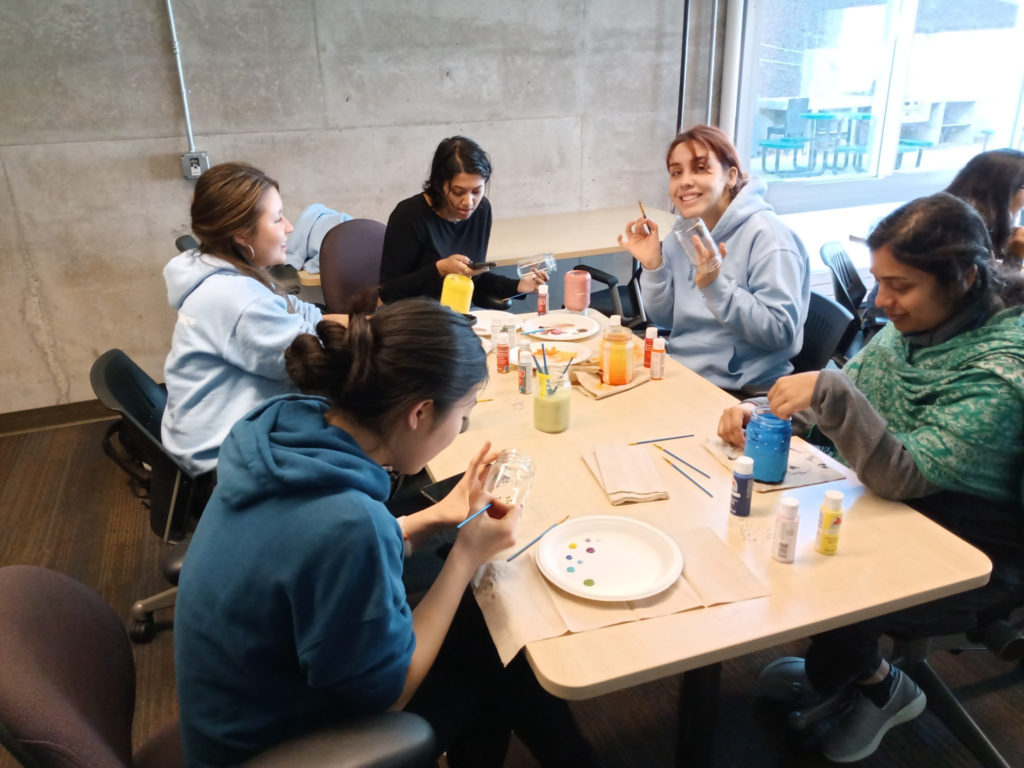 The hackathon hosted activities related to mental well-being, including mason jar painting, to provide the coders a break to de-stress. / Courtesy of Surya Pugal

In an effort to increase inclusivity for students of all coding backgrounds, the hackathon also offered both beginner and advanced tracks for students to participate in. Several workshops were held throughout the hackathon to teach participants about iOS, Flask, web development and even quantum programming.

Jayleen Li, a third-year computer science major and one of several mentors that assisted participants with their projects, pointed out that what makes hackathons enticing is this opportunity to “learn about new technologies and even make new friends” in the process.

This year’s theme heavily focused on sustainability, which was reflected in both the various project submissions and high concentration of recyclable materials used in the hackathon.

Winning submissions included “Hua-lee” (Best Overall and Best Hardware Hack), a robot that can identify when and how to water a plant depending on its soil moisture content (developed by Jacqueline Burd, Swetha Pillai, Cher Lin and Tiffany Cowan), and “Know Your Trash” (Best Sustainability Hack), a mobile app that when given a picture of an object, can determine if the object is trash or recycling (developed by Shamali Shinde, Aakanksha Patel, Anuja Patil and Tram Tran).

Over $26,000 in prizes were awarded, including Microsoft Surfaces, Bose noise-cancelling headphones and Atari flashbacks.

While the awards were certainly an incentive to participate, the biggest reward that hackathons provide is the pride that accompanies developing a project that you can get behind, as well as the sense of camaraderie among like-minded individuals that is hard to find anywhere else. The latter shows particularly in Womxn/Hacks, which continues to help foster a strong community of women in a male-dominated industry.

April Sanchez, third-year computer science major and WomxnHacks participant, echoed this sentiment, arguing that “events like these help promote more women joining tech and not be discouraged by naysayers.” Sanchez stated that by simply “showing up, you’ll find a welcoming community of womxn with whom to build ideas, get support from and have fun.”