The Daily Nexus
Volleyball
No. 3 UCSB Men’s Volleyball Travels North To Face No. 8 Stanford
January 23, 2020 at 1:03 pm by Jesse Morrison 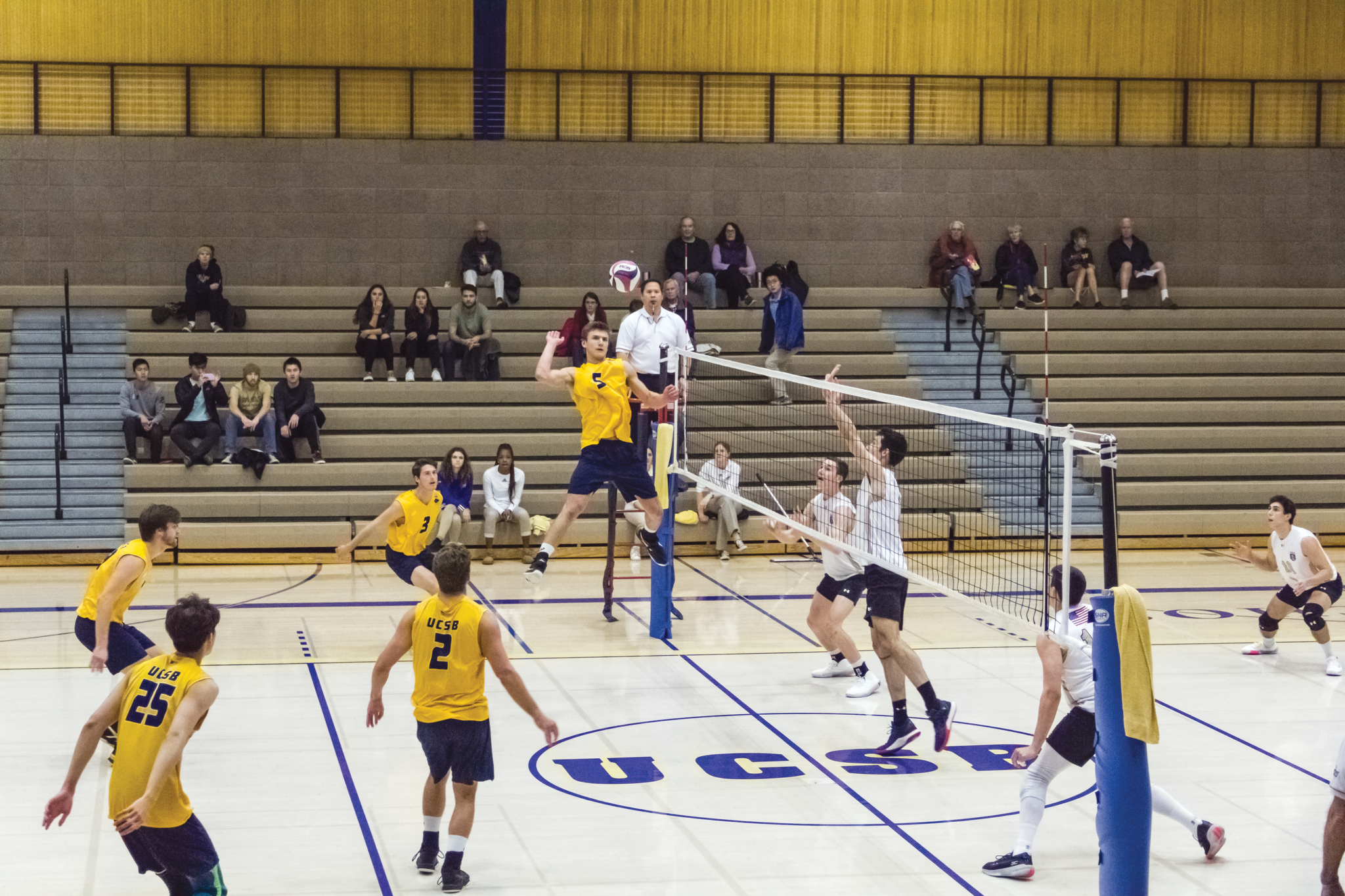 The No. 3 UCSB men’s volleyball team travels to Palo Alto this Saturday to face off against No. 8 Stanford. UCSB couldn’t have asked for a better start to their season, sweeping every opponent they have gone up against, securing a 5-0 record. Unfortunately for Santa Barbara, they have their toughest road stretch ahead of them. That stretch includes the big game at No. 8 Stanford, games on back-to-back days at No. 2 BYU and finally a battle in Ohio against Ohio State.

The beginning of this long and trying stretch for UCSB begins with a match against No. 8 Stanford, who has had an interesting start to their season. They have played well at home, going 2-0, but have picked up two tough road losses: one at the hand of Saint Francis University (2-3) and one against No. 7 UC Irvine (1-3). Stanford has several talented players, but there is one who UCSB should really look out for: freshman outside hitter Will Rottman, who has been a recurring problem for multiple teams this season. The first-year player, born and raised in Santa Barbara, has started his college career on a high note. He is third on the team in kills with 54 and ranks near the top on hitting percentage, despite his young age. There may also be a little extra motivation for Rottman in that he’s going up against his hometown team and his father’s alma mater (where he also played volleyball).

Even with the questionable losses this year, UCSB should not underestimate Stanford. They are one of those teams in collegiate men’s volleyball who are usually playing for something important near the end of the season. The Gauchos will need to be on their A-game if they want to steal a road win on Saturday.

UCSB has been playing to that standard, playing at a very high level to start the year. They have been extremely efficient, posting an unreal 41% hitting percentage through their first five matches. This offensive success is due to a multitude of things, but for starters, great setting. Senior setter Casey McGarry has been the main catalyst for this high powered offense, picking up 30 or more assists in his last four matches. His impressive setting earned him Off the Block Setter of the Week honors. If he can keep playing at a high level, UCSB’s chance of winning increases significantly.

Along with McGarry, several other Gauchos have been shining early in this 2020 season. Senior setter Randy DeWeese has been one of the bright spots for UCSB, scoring at a much higher clip compared to his first three seasons. His career kills per set average has increased significantly this year, going from a previous 0.37 kills per set to now being at 3.13 kills/set. Perhaps this is a new role for DeWeese in the Gauchos’ high-octane offense.

This is the second year in a row that UCSB has begun its season 5-0; a testament to their good coaching as well as a consistent winning culture around UC Santa Barbara. A road win against a strong opponent like Stanford would be huge for UCSB’s confidence next week when they travel to BYU. In contrast, Stanford hopes to get back to their winning ways in front of their home crowd. I envision close matches down to the last set; however, I think UCSB will walk away victorious in this one, 3-2.