The Daily Nexus
Sports
Gauchos Take on Aggies & Titans in Crucial Week
January 23, 2020 at 5:09 am by Brandon Victor 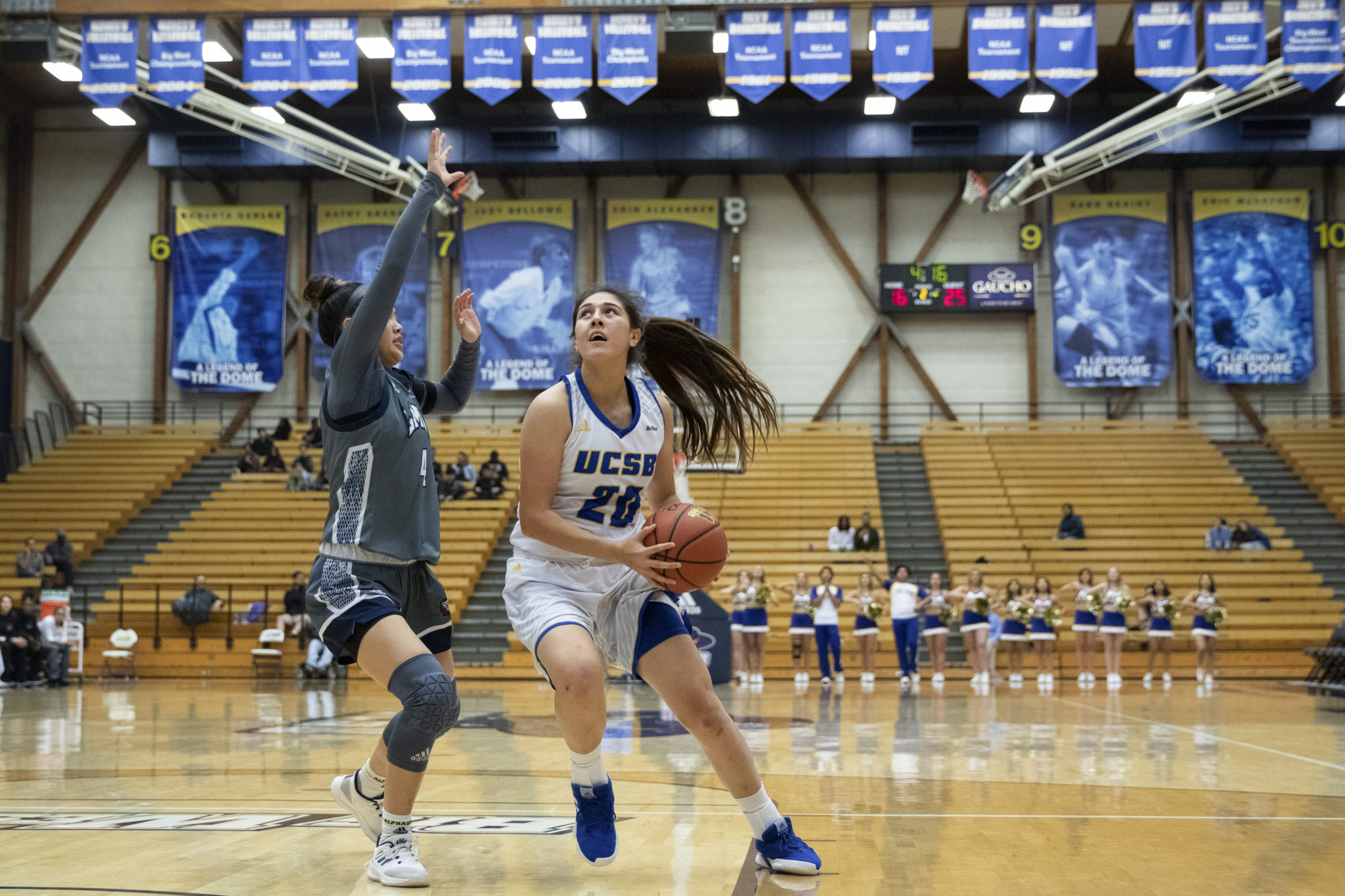 After knocking off Irvine and narrowly falling to Riverside last week, the UCSB women’s basketball team finds itself in a four-way tie for fourth place in the Big West conference at 2-2. This week, the Gauchos have their most difficult week to date, hosting UC Davis (7-9, 2-1) before traveling down to Fullerton for a rematch with the Titans (10-7, 2-2).

Against two of the strongest teams in the conference, UCSB will need to do a better job of starting the game on the front foot. In Thursday’s game against Irvine, the ‘Chos needed a 27-point fourth quarter — including 17 points in the quarter from freshman phenom Ila Lane — to knock off an upstart Anteaters squad. Similarly, Santa Barbara trailed by nine at the end of the first quarter against the Highlanders. While the team never gave up, they were ultimately unable to overcome the early deficit, falling 66-61 to Riverside.

With reigning conference champion UC Davis coming to town on Thursday, the Gauchos cannot afford to stumble out of the gate. After dropping a close game to Riverside, the Aggies have won their last two conference games, knocking off both Hawai’i and Long Beach State.

Despite the graduation of superstar Morgan Bertsch — who accounted for 23.6 points per game last season — Davis seems to have hit its stride as of late. Earlier this season, UCD actually led at halftime against Stanford, the No. 4 team in the nation at the time.

Much of UC Davis’ success this season has been predicated on their free-flowing offense. Junior point guard Mackenzie Trpcic has done an excellent job orchestrating the offense, averaging 4.8 assists per game while only turning the ball over 2.3 times per game.

“They are always a tough team because they play very consistently and their offense has a lot of motion to it,” third-year Mira Shulman said.

In terms of scoring production, the Aggies are relatively balanced with no single player averaging more than 29 minutes per game. Junior guard Katie Toole leads the way with 15.2 points per game; perhaps most impressively, she has done so while shooting 54% from the floor and 53% from deep.

As a team, Davis thrives on its efficiency, shooting 42% from the floor and 37% from deep.

“Their [efficiency] makes packing in the paint hard, so we are going to need a lot of ball pressure to try to stop the ball from coming in on back door cuts and screens,” Shulman said.

Many of UCD’s weaknesses come on the defensive side of the court, where the Aggies allow 67 points per game. If the Gauchos are going to hang with Davis, they will need their offense to be in full swing on Thursday. With Davis lacking a dominant big, look for UCSB to lean on Lane for much of its offensive production. Lane continues to dominate in the post, averaging 14.1 points per game to go along with her monstrous 12.8 rebounds per game.

On Saturday, Santa Barbara will travel to Fullerton looking to avenge their overtime loss earlier this season.

Just like that game, UCSB’s success will be predicated on its ability to slow down third-year guards Raina Perez and Taylor Turney — both of whom finished with more than 20 points in that first encounter.

“Turney and Perez are who they are — they are two phenomenal playmakers in this league,” Henrickson said.

In that game, Santa Barbara will need junior Danae Miller and senior Coco Miller to score from the perimeter. In the second half of the first meeting between the two sides, Fullerton was able to shut down Lane’s presence inside by constantly double and triple-teaming her. With the Titans likely to keep a similar strategy, the Gauchos will need to hit their outside shots to keep pace on Saturday.

In one of their most important weeks of the season, the Gauchos will host Davis at the Thunderdome at 7 p.m. Thursday, before hitting the road and taking on Fullerton Saturday at 5 p.m.