Police arrested another suspect last Friday in San Francisco for the Isla Vista armed robbery that took place in November, bringing the total to five suspects who have been arrested in connection with the robbery over the past two months. 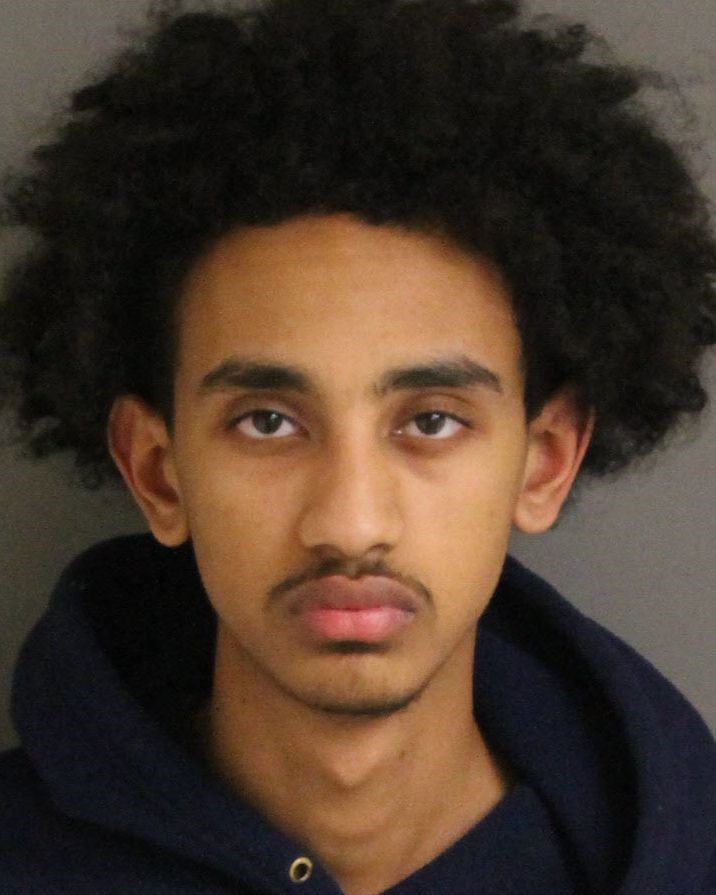 19-year-old Michael Gebremeskel was arrested on conspiracy and accessory charges. Courtesy of SBSO

The suspect, 19-year-old Michael Gebremeskel, was arrested on conspiracy and accessory charges, according to Raquel Zick, Santa Barbara County Sheriff’s Office (SBSO) spokesperson. He appeared in court Wednesday morning and was charged with conspiracy to commit a crime and first degree robbery, according to county court records.

Last Friday, Rapin — the first suspect to be arraigned in the case — pled not guilty. Rapin has remained in custody at the Santa Barbara County Jail on $1.1 million bail since his arrest in December, where he was charged with residential burglary, false imprisonment, robbery, conspiracy to commit a crime and kidnapping for the purpose of a robbery.

Following their arrests, Rapin and the minor were identified as the suspects who held the victims at gunpoint, Zick said.

Hebbar is a UCSB student and faces accessory charges with a $20,000 bail. Meteke was charged with false imprisonment and robbery and is being held on a $100,00 bail —  his custody logs stated he is a student, but the name of the college he attends was not disclosed. Hebber and Meteke are not currently in custody, according to custody logs.

The two are set to be arraigned on Feb. 3.

The armed robbery, which took place on Nov. 18 reportedly around 10:30 a.m., resulted in the university issuing a “secure in place,” causing some campus buildings to independently lock down.

During the robbery, two victims were present inside the house, when three suspects — two armed with handguns — took two laptops, one phone, one wallet and cannabis, according to Zick. One victim sustained minor injuries.