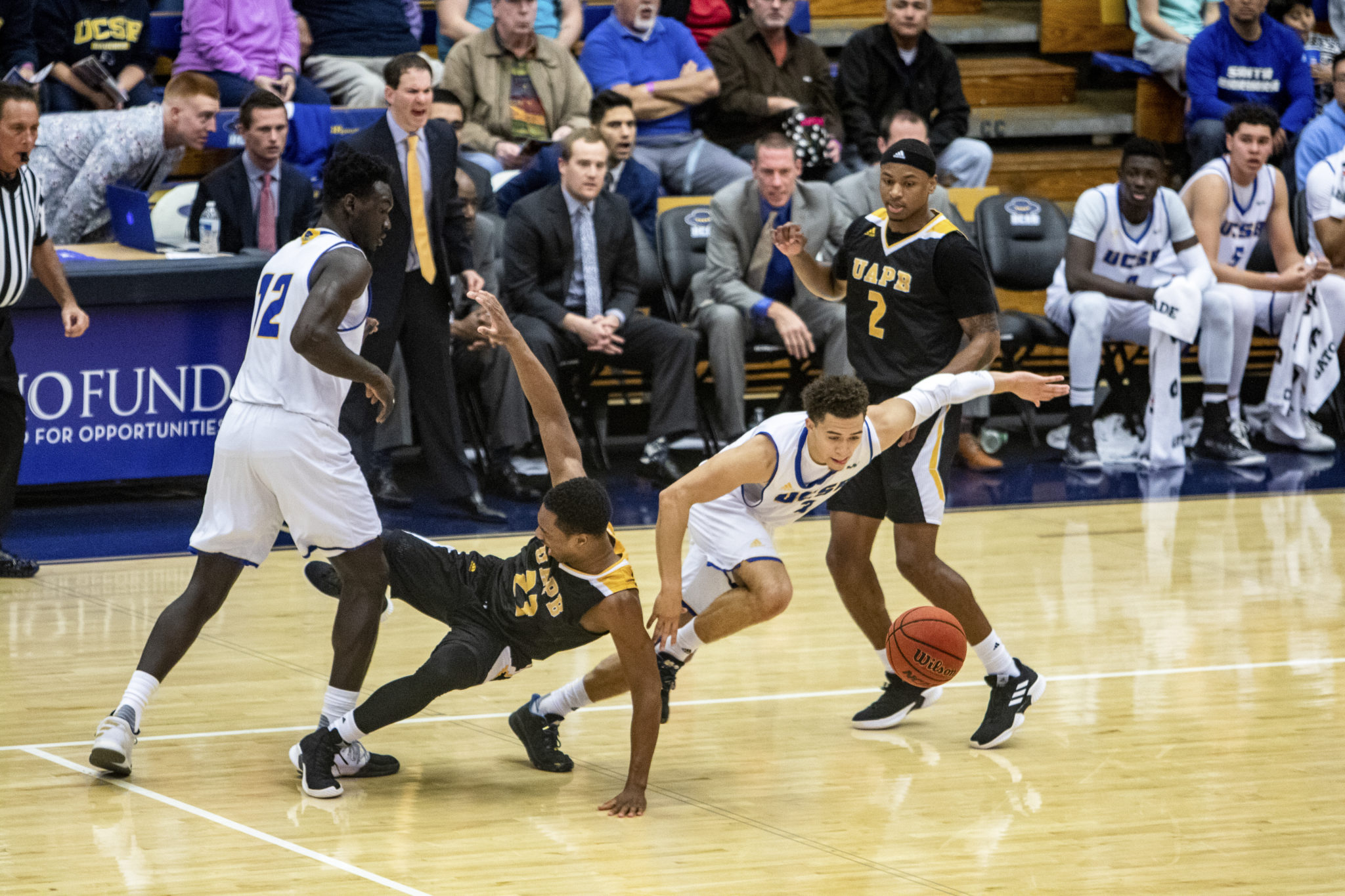 The recipe for beating Cal State Northridge begins and ends with keeping superstar sophomore forward Lamine Diane quiet. It’s not an easy recipe to follow, but it involves attacking him on offense.

The UC Santa Barbara men’s basketball team will have its hands full on Wednesday night when Diane and the CSUN team visit the Thunderdome for a Big West showdown. Diane is averaging 27.4 points and 10.9 rebounds per game this season and has earned Big West Player of the Year honors and a spot on the AP All-American Honorable Mention team last season.

Diane missed the first 12 games of this season due to academic issues and CSUN went 2-10 in his absence. Since the sophomore returned, the Matadors are 5-3, with a 2-2 record in the Big West.

One of those conference losses came at the hands of Cal Poly, which has otherwise struggled in Big West play so far. The Mustangs managed to hold Lamine to just 12 points and blew the Matadors out 74-56.

Not only did Cal Poly limit Diane to just 12 points on 45% shooting, they also limited him to 26 minutes of action. The forward fouled out with nine and a half minutes to go in the second half thanks to 4 fouls in the second half alone.

Foul trouble has been a trend all season for Diane and especially in the last four games of Big West action. If the Gauchos can get Diane into foul trouble and on the bench, they’ll be facing a severely weakened Matador team.

Of course, stopping Diane and the CSUN offense will also require success on the defensive side. To that end, Pasternack plans to rely on a wide array of players and strategies.

“We’re going to have a multitude of guys guarding [Diane],” Pasternack said. “From guards to forwards to centers.”

The UCSB defense can’t sell out to stop Diane entirely, however. The Matadors also boast sophomore guard Terrell Gomez, who’s averaging 20.9 points per game and knocking down 41% of his 3-pointers.

“Gomez is just as dangerous as [Diane],” Pasternack said. “He’s a terrific player and we’re gonna have to do a really, really great job because they have two all-leaguers, two guys going for player of the year.”

On the offensive end, the Gauchos will be trying to shake off their recent malaise. UCSB has scored under 70 points in each of its last three games, including a 63-point performance in a loss to Hawai’i on Saturday that saw the team shoot just 36% in the second half.

The Gauchos struggled to get the ball moving in Saturday’s game and finished with only3 assists as a team. Ball movement, accordingly, has been a point of emphasis in practice leading into Wednesday night.

“We have to share the ball,” Pasternack said. “We have to do a better job of not taking the easy shot, but really working the ball around.”

Senior guard Max Heidegger has slowly been working himself back into form after a 10-game absence, and if his 21 points on Saturday are any indication, that process is going well.

With Heidegger back and bombing away from the outside, the Gauchos are hoping things will open up down low for their big men. The team will also be relying on those big men to pick up their production on the glass.

“We got away from our team identity, rebounding, against Hawai’i,” Pasternack said. “We were -10, which is the worst we’ve been this year. We’re 11-1 when we outrebound our opponents so that’s what we’ve got to focus on.”

In order to get back to their identity on the glass, the Gauchos will have to contend with Diane, CSUN’s leading rebounder. If UCSB can get the forward in foul trouble and off the court, those odds will improve.

UCSB hosts CSUN on Wednesday night in the Thunderdome at 7 p.m.