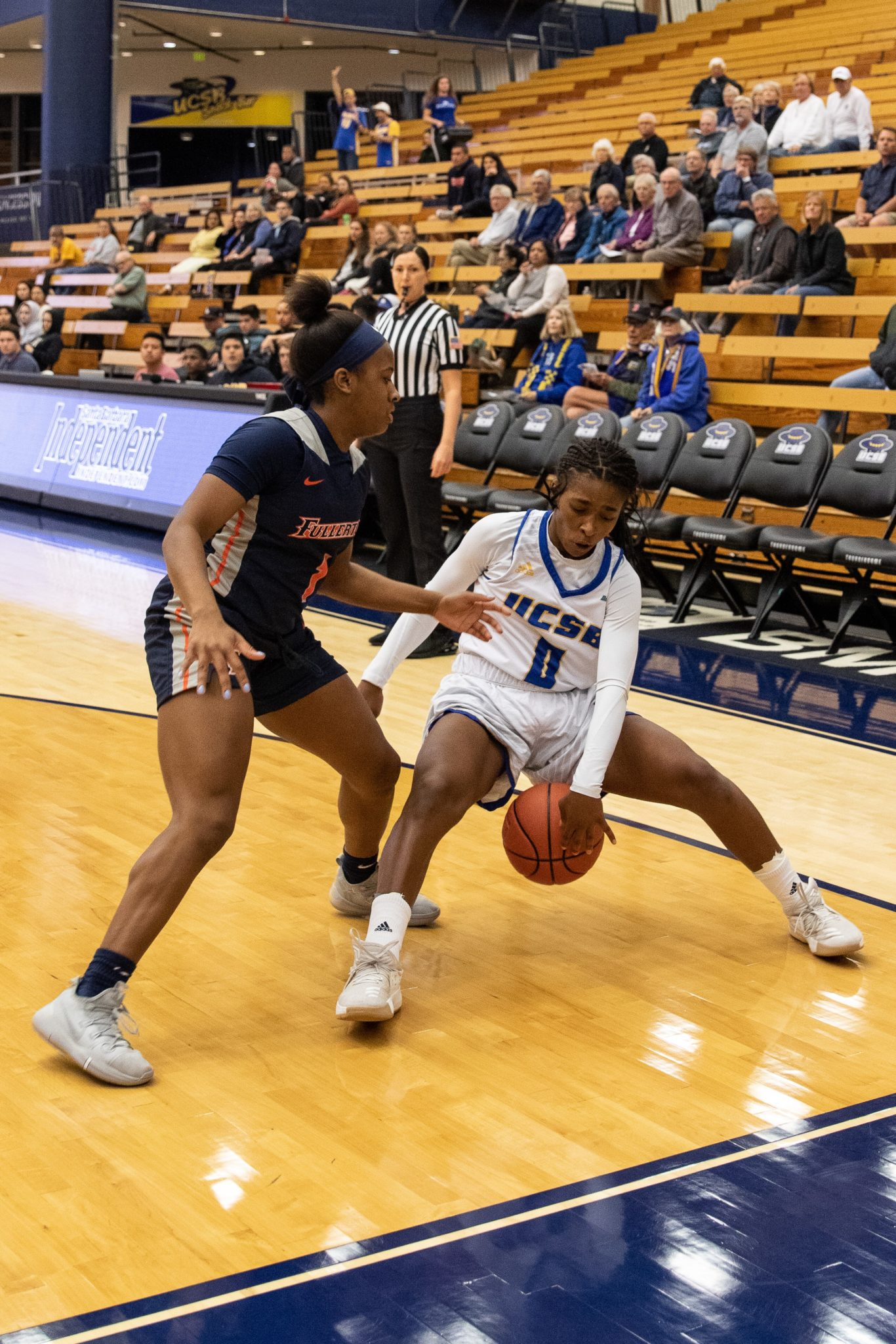 On the back of a 27-point fourth quarter, the UC Santa Barbara women’s basketball team picked up their first road win of the season on Thursday, defeating UC Irvine 65-61.

While Irvine (4-12, 0-2) has struggled for much of the season, the Anteaters pushed the Gauchos (7-9, 2-1) to the brink in front of their home crowd. In large part, UCI’s swarming defense — coupled with sloppy play by UCSB — kept Irvine in the lead for much of the night. Santa Barbara turned the ball over 18 times on Thursday, while only forcing 10 turnovers throughout the night.

For Irvine, freshman forward Sophia Locandro carried the load on offense, scoring 20 points on 67% shooting from the floor while also adding 8 rebounds on the night.

But perhaps the biggest factor in Irvine’s early lead was freshman Ila Lane’s foul trouble. The 6’4” forward picked up 2 fouls in the first quarter, and was forced to sit the entirety of the second quarter to avoid picking up her third foul. Lane actually finished the half scoreless, and without production from Lane, the UCSB offense sputtered to a measly 18 points in the first half.

Coming into the game, much was made of the ‘Chos’ potential advantage on the glass against an Irvine team that struggles to rebound. Despite being outrebounded by almost 6 boards per game this season, UCI actually grabbed 2 more rebounds in the first half than UCSB. Unsurprisingly, the Gauchos trailed Irvine by 5 at the half.

With UCSB’s starters struggling for much of the night, the Gauchos needed some sort of spark off the bench to come back against the upstart Anteaters. That spark actually came in the form of two players: junior forward Mira Shulman and senior guard Tal Sahar.

In the third quarter, with UCSB down by 12 points, Shulman hit 2 key 3-pointers off the bench en-route to an 8-point quarter for the walk-on. In total, Shulman would finish with 10 crucial points — her first double-digit performance of the season. At the end of the third quarter, the Gauchos were able to pull the deficit to only 5 points.

In the fourth quarter, Sahar showed off her range, hitting both of her 3-pointer attempts. Sahar would finish the game with 14 points — the second highest output on the team. The UCSB bench scored 28 points, accounting for nearly half of the team’s total score.

After not playing in the second quarter and not scoring in the first half, Lane provided UCSB with one of the most dominant fourth quarters in recent memory. Lane would finish the quarter with a resounding 17 points and 6 rebounds, absolutely bullying the Anteater interior defense and showing off why she averages a double-double. Perhaps most impressively, Lane accomplished the feat on only 7 field goals in the quarter, and only turned the ball over once despite her high usage in the post.

With the impressive fourth quarter comeback, the Gauchos now move to 2-1in the conference — good for fourth place in the Big West. Next up, UCSB heads down to Riverside to take on UC Riverside on Saturday at 7 p.m.