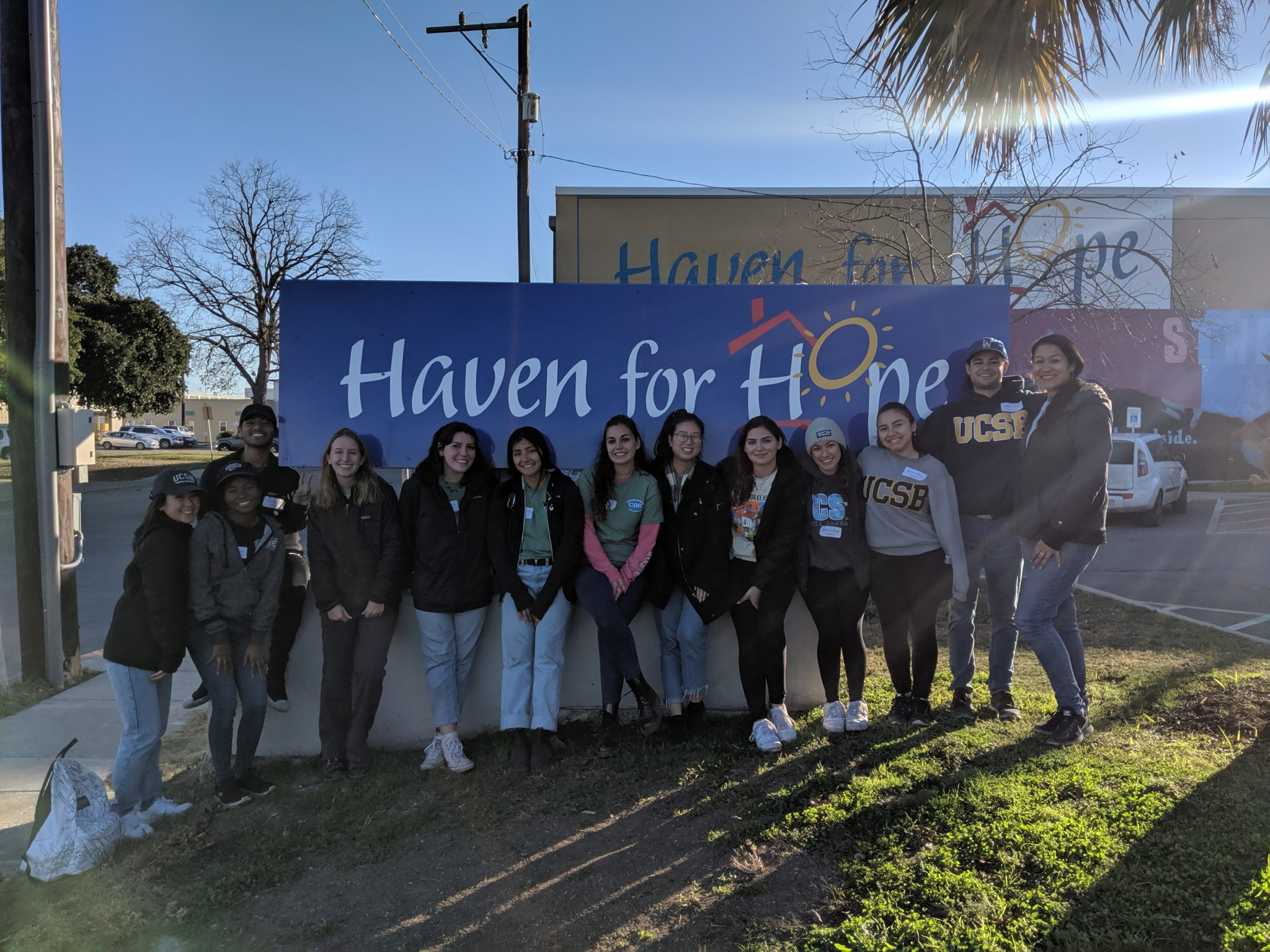 This past winter break, the trip’s participants traveled to San Antonio, Texas. Courtesy of C.A.B.

But in 2008, UCSB’s Community Affairs Board, a board dedicated to community service under the Associated Students Senate, offered students an alternative option — the opportunity to help underserved communities all over the country.

These free trips, aptly named “alternative breaks” have been held every year since. The most recent trip took place over this past winter break and brought students to Texas, according to Alec Valdez, who serves as the alternative breaks co-coordinator.

Valdez, a fourth-year history of public policy major, said alternative breaks fit the model of Community Affairs Board (C.A.B.) as a whole: serving the local community.

“At some point [C.A.B.] came up with the idea of doing a program that went … out of the state of California. It’s a great program because it allows you to go outside of your comfort zone, outside of your culture zone,” Valdez said.

C.A.B.’s free week-long volunteer trips are held during winter and spring break, and the group also holds a weekend trip during spring quarter. According to Valdez, Community Collaborations International (CCI), a private organization dedicated to setting up alternative break programs, helps C.A.B. set up the trips.

CCI offers different locations and programs, Valdez said, and his job as co-coordinator is to look through the programs and pick which one works best, alongside making efficient use of the funds available — a task that takes all quarter to plan.

The destinations for each trip vary widely, ranging from Florida to Oregon, according to the C.A.B. website. Students applying to be a part of a volunteer trip, however, are kept in the dark regarding the trip’s location — it isn’t until after they have been accepted that participants are told where the trip will be, Valdez said.

“The big thing is that curiosity because when we put out the applications, they don’t know where they’re going yet. We leave that until the very end when we pick our final team,” Valdez said.

According to the alternative breaks website, each program often gets an average of 200 applicants, but only 10 to 12 students are selected to go on the trip. Valdez emphasized the importance of selecting people who are willing and determined to volunteer, given how the trips are made possible by student fees.

Going forward, Valdez said that they are currently working on a smaller version of the alternative breaks: alternative weekends that would take students out of Santa Barbara into the wider California community to places such as San Francisco or Los Angeles.

“We want to make sure that people who are going on this really value the opportunity and are putting in that effort to see that they really do want to be a part of the team and be a part of the project. We do value effort.”

According to Valdez, C.A.B.’s work can vary depending on wherever it is needed most. Both Valdez and Cassandra Zhou, a fourth-year psychology and brain sciences major, attended the 2019 spring break trip to Wilmington, North Carolina and helped families rebuild their homes after Hurricane Florence had passed through.

“We were working at an animal shelter one day which had been overrun by abandoned and lost animals. They usually serve somewhere around 70 animals or 60 animals in that area. But then after the storm, they had like 150 animals on the property,” Valdez said.

For Zhou, the service trip allowed her to expand on her own local volunteering and provide support to people outside of her area.

“You get to do a lot of these things where you interact with different communities and you learn how to communicate with them and how to talk to them,” Zhou said.

“I feel like volunteering gives you more of a purpose. I also typically don’t travel and alternative breaks with an amazing opportunity to travel for free, meet new people and contribute to a community that really needed help.”